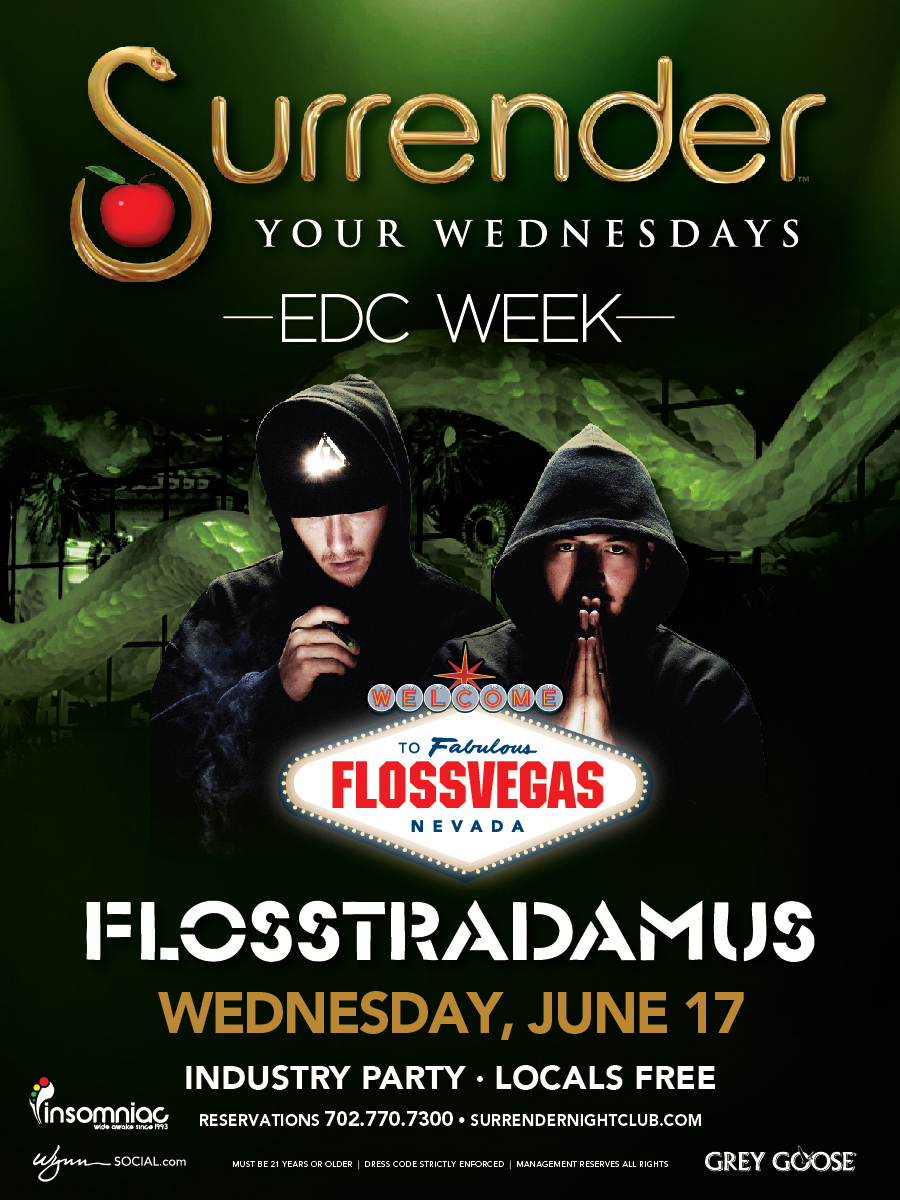 Chicago-based DJ and production duo Flosstradamus is heading to Sin City for the start of the highly anticipated EDC Week. Slated to conquer the ravishing Surrender Nightclub at the Wynn Las Vegas & Encore Resort, Flosstradamus is a solid act to kick-start the weeklong string of events.

Flosstradamus spend Memorial Day Weekend at MetLife Stadium on the road to Electric Daisy Carnival Las Vegas with a performance at EDC NY. The pair will also appear at the annual three-day music festival at the Las Vegas Motor Speedway.

The pair is best known for their single releases “TTU (Too Turnt Up)” with Waka Flocka Flame, “Rebound” with Elkka, “Sondclash” with TroyBoi, and their massive remix of O.T. Genasis “CoCo.”

Surrender your Wednesdays with Flosstradamus during EDC Week.

Tickets for Flosstradamus at Surrender Nightclub on Wednesday, June 17, 2015 are available here.