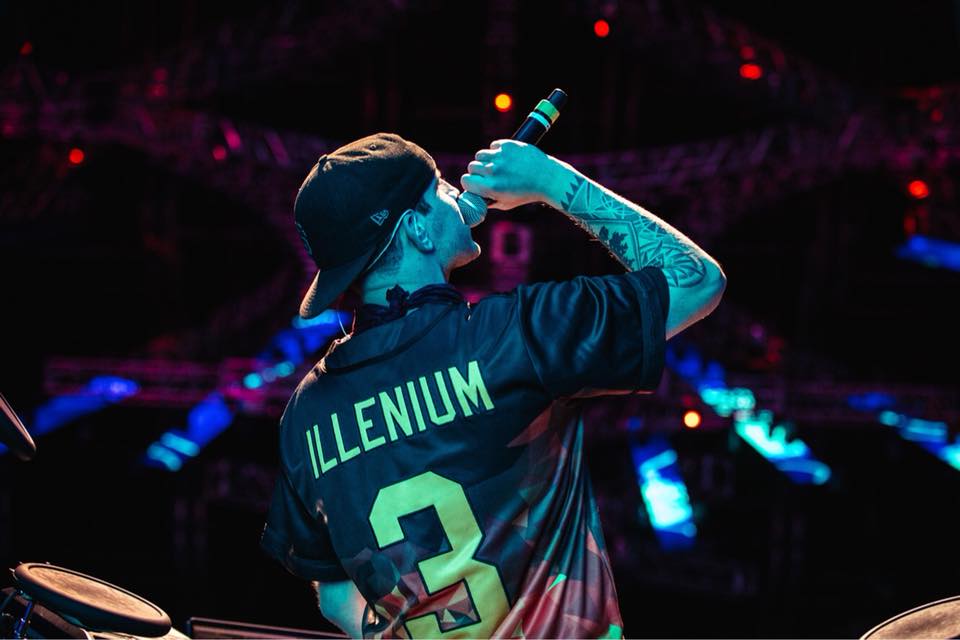 What is being called the collaboration from heaven, Excision and Illenium surpassed expectations 100x with their new single “Gold (Stupid Love)” and the anthem is absolutely spreading like wildfire throughout the electronic scene.

For anyone that has experienced an Excision set knows firsthand the enormous amount of power put into his live performances and sound production. Sending crowds into another dimension of time and space, the Canadian DJ/Producer has built his global empire upon a virtual apocalypse of bass and sensory overload. His albums which include Virus, X Rated, Codename X, alongside wild single releases and numerous EP albums have all invaded the dance music industry in the most riveting way possible, as his sets continue to lead his cult like fan base into total mayhem and a frenzy that remains unparalleled.

Along the same lines of a DJ/Producer who manages to command dance floors and completely annihilate the stage time and time again is Colorado based dance hero Illenium. His sets transport you into pure utopia, his heartfelt music sends chills down your whole body, and his aura is one of sensational energy. Illenium is the epitome of a producer who creates raw emotional music that his fans simply are infatuated with. Following him to countries all over the world, Illenium fans are true die hards and would do just about anything to get their fix of his paradiscial performances. Illenium’s Awake and Ashes albums, in addition to his dreamy singles like “Sound Of Walking Away,” “Fractures,” “Lost,” and many more are only the tip of the iceberg for this legend.

“Gold” is literally the definition of a banger. We’re calling it now, “Gold” is already one of the top releases of 2018. Featuring vocals by Shallow, the song packs an enormous amount of heavy bass and energy, with the perfect combination of head banging potential and melody. Fans are already at the edge of their seats from the thought of experiencing “Gold’s” adrenalizing drop during a live set, as the hard-hitting track is bound to beast out through festivals, club shows, and live events worldwide. The fusion of Excision’s dirty and earth shattering style with Illenium’s heart soaring and electrifying chords resulted in this masterpiece of adventurous tones and high powered sound. It’s only a matter of time before “Gold” graces the stage in front of hundreds of thousands of screaming fans, leaving us jaw dropped and begging for more.

Mac Miller Releases “What’s The Use,” Speaks About Grande Breakup