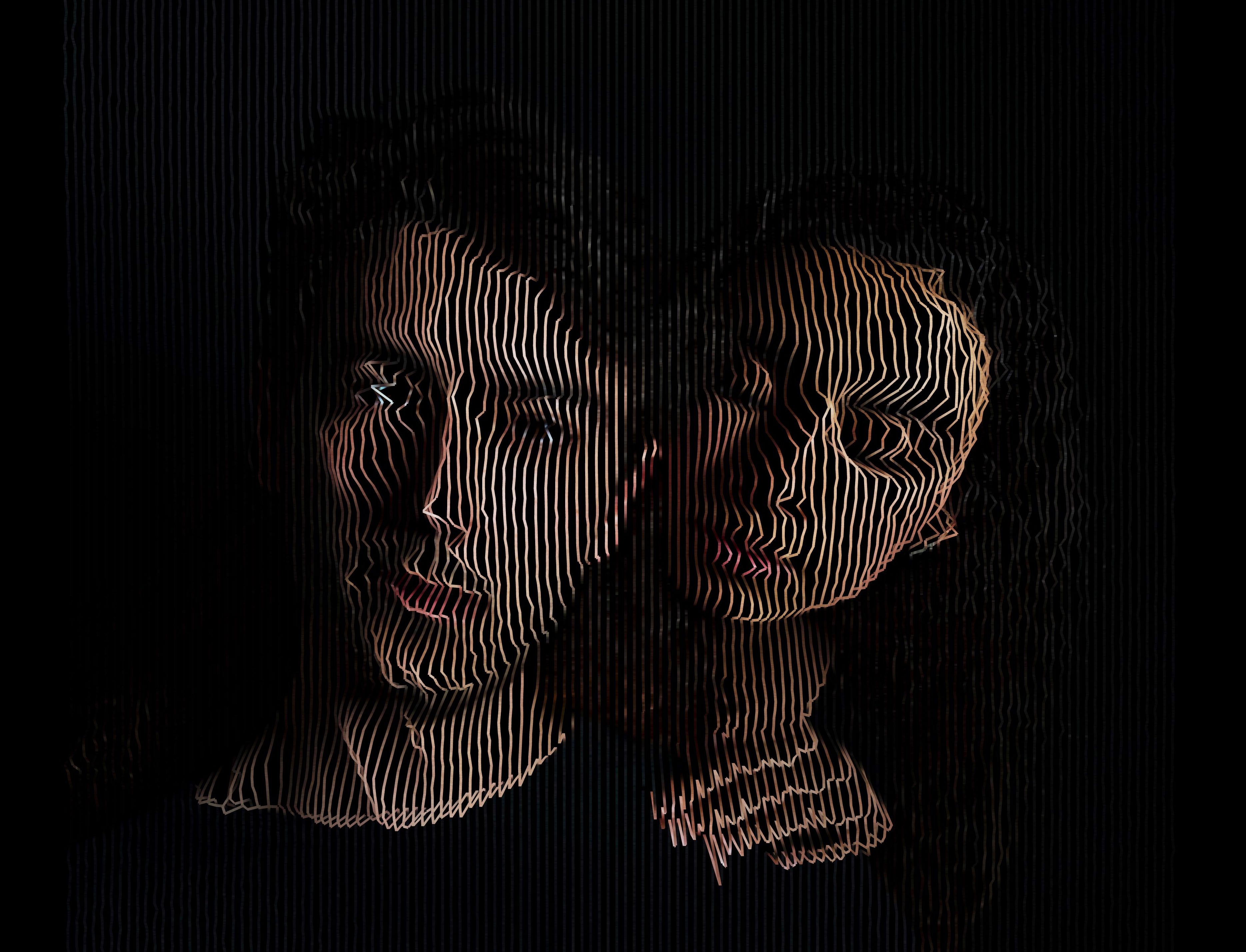 Electronic duo Loom:ngs were introduced to the scene earlier this year with the release of their debut single, “Fault Line.” Following much buzz over the song, the soulful sounds of Zola Johnson and the harmonious synths of Daniel Loumpouridis come together yet again under Loom:ngs to release Love Will Tear Us Apart.

The choice to cover the 2001 Joy Division classic was a strategic one, showcasing the versatility and strengths of the Loom:ngs duo.  Featured on their upcoming debut EP releasing later this summer, “Love Will Tear Us Apart” is a sultry tune reminiscent of early The XX songs.

“With Loom:ngs, we want to use our musical and lyrical sensibilities to explore the relationship between what is being said and what is being heard. The original arrangement for Love Will Tear Us Apart is upbeat and dance-oriented, while lyrically this song is a heartbreaking ode to a broken relationship. We felt like the darkness of the lyrics took a back seat in Joy Division’s production, and we wanted the audience to really hear that desolation in our rendition of the song.” – Loom:ngs on the single.

The Nocturnal Times caught up with Zola and Daniel to discuss the Loom:ngs project, “Love Will Tear Us Apart,” and more below.

The Nocturnal Times: What inspired you to begin working together on the Loom:ngs project?

Zola: I first heard Daniel’s production through his Soundcloud page Small Talk. After asking him to produce a song of mine, we started to send each other our music for creative feedback. Soon after, we started co-writing and formed Loom:ngs. We both have strengths in different niches of songwriting and I think that’s why we work so well together because we compliment each other.

The Nocturnal Times: Your latest release follows up earlier 2018 singles such as “Fault Line” and “Make This More.” How do these releases, including Love Will Tear Us Apart,  introduce the world to the Loom:ngs sound?

Daniel: All these releases are so different, and that’s really what we love about this project. “Make This More” is a breezy pop cocktail while “Fault Line” can feel like a shot of straight bourbon.

Zola: “Love Will Tear Us Apart” is like a full bottle of red wine…

Daniel: Exactly. We love having contradiction as the cornerstone of our collaboration. The throughline in all of this music is how we approach the writing. Whether it’s a celebration of love or a reflection on loss, the one consistent thing is our perspective, both musically and lyrically.

The Nocturnal Times: Your latest single, “Love Will Tear Us Apart,” is a completely original take on the classic Joy Division single. What made you decide to tackle this song as your next project?

Zola: We both grew up on 80’s pop and we just love this song so much. The moment that truly convinced us to cover it was when I looked up the lyrics online–there’s so much there! There’s such a dark and honest perspective there, and we felt that got completely lost in both the mix and arrangement of the original release. We wanted to really do the lyrics justice while producing it for our generation of listeners.

The Nocturnal Times: There’s so much raw emotion in this release – as well as your other singles. Is your music inspired by direct personal experiences? If not, what/who does inspire your music?

Zola: My lyrics come from personal experiences. I write from what I know or have lived through, but I also like to play with words, syllables and rhymes. I try to combine those two things when I am coming up with song concepts. By mixing those two ways of working and thinking, I don’t give away the entire story to the audience. Instead, it’s like leaving breadcrumbs of color and imagery for them to piece together and make their own story. I may be singing about a specific event in my life but I think it’s important for the listener to make his/her own interpretation and connect with the song through his/her own experiences.

Daniel: I just like making pretty things… Usually when I write it’s from the perspective of “what sounds best here?” Harmonic progression and the shape of the melody usually come first, then afterwards I usually sing gibberish over the melody until the right syllables take place. That’s why Zola and I have such great chemistry together: she makes sense of all the nonsense that spews out of my head when we’re writing and shapes it into intelligible, coherent trains of thought.

The Nocturnal Times: For those who may be unfamiliar with your music, how would you describe the Loom:ngs sound?

Daniel: I hate to say it, but like we mentioned before, it really does vary song to song. If I had to give it a sexy tagline, I’d probably say something stupid like “indie-electro-pop for the singer/songwriter in all of us”.

The Nocturnal Times: If you had the opportunity to collaborate with any living musician, who would it be and why?

Zola: Nicole Miglis from Hundred Waters or Justin Vernon. I feel like our brains function in very similar ways when we write lyrics and I am very optimistic that we would create really interesting things together. When I listen to their music I feel very at home and their songs always spark a bunch of ideas in my head for my own creations.

Daniel: Right now I think it’d be a toss-up between Johnny Greenwood and Vince Staples. Mr. Greenwood because–good lord–the man can arrange the hell out of a string section, and Vince because I think he’s the single biggest innovator in mainstream hip-hop right now. Now that I’m saying it, can you imagine collaborating with both of them on a track? That’d be absurd.

The Nocturnal Times: What’s next for Loom:ngs in 2018 and beyond?

Zola: We have so much recorded and ready to go right now, putting our debut EP out later this summer is just the first step. We’ll be doing a few shows to support it in the fall and we’ve got an amazing live set that we’ve put together with the help of our guitarist and resident bread-baker, James Bishop. We couldn’t be more excited to show you everything we’ve got in the vault.