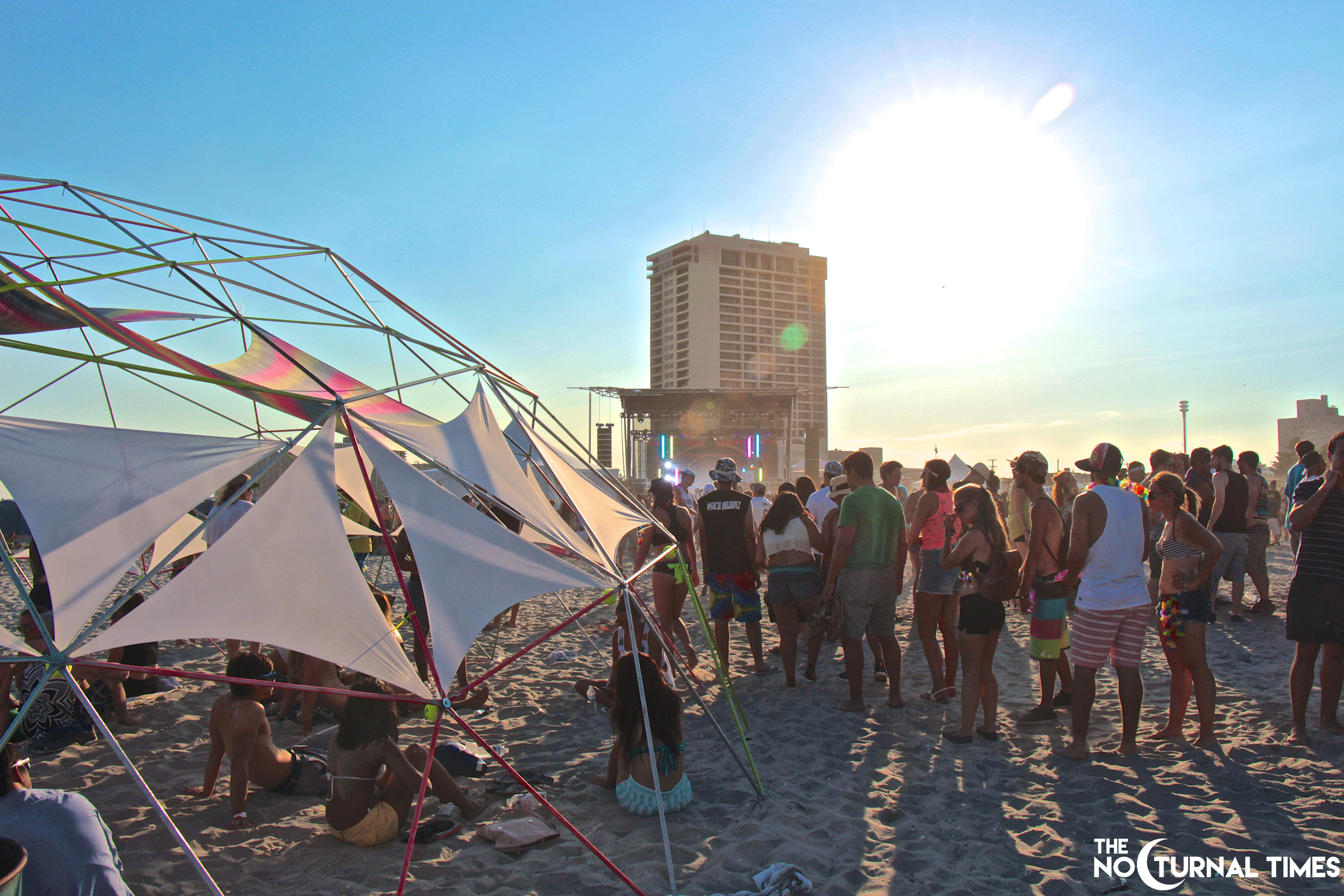 The Electric Adventure music festival returned to the Jersey Shore this past weekend, drawing thousands of partygoers to the beach. The festival swept through Atlantic City, New Jersey for the very first time in its four-year history on Saturday, August 1 and Sunday, August 2.

Delivering a wide variety of talent with a diverse lineup across five tents and stages, Electric Adventure was certainly not lacking in the talent department. The festival vibes were there as was the energy from attendees, which was strong across both days.

Acts such as Kygo, Dillon Francis, Pretty Lights, Big Gigantic, A-Trak, Tritonal, Bingo Players, Dannic, G-Eazy, Alvaro, 3LAU, Morgan Page, and Henry Fong, among others, took to one of the festival’s main stages, the Atlantic Stage, which was the largest of the bunch.

More shade tents and bigger tents for the stages that are not main stages. Due to the heat, many individuals were seeking shade inside the various tents located across the grounds.

There’s no denying that this was the biggest installment of the annual music festival, which has taken place at three different locations. Past editions of Electric Adventure have taken place at Six Flags Great Adventure (2012-13) and Seaside Heights, NJ (2014).

It will be interesting to see what Electric Adventure has in store for next year’s installment given that its evolution has been consistent. Of course, there are some pros and cons to a festival on the beach. In theory, the concept and driving force behind Electric Adventure on the beach was strong even if its execution may have been lacking.

Fresh lemonade, an assortment of beach-friendly food options (corn on the cob, bacon on a stick, smoothies, fresh fruit, ice pops), and a selection of non-alcoholic beverages were offered across the grounds.

Alcohol was only to be consumed inside the Beer Garden, which served beer and wine only after 4 p.m.

The blissful weekend soundtrack illustrated the rise of electronic dance music (EDM) and just how far the scene has come in the US, particularly on the east coast. As more individuals become familiar with the various EDM sub-genres and explore different sounds, the more growth music festivals will experience.

Atlantic City is known for its popular nightlife venues MIXX and mur.mur at the Borgata, Haven at Golden Nugget, and the newly opened Bungalow Beach off the boardwalk.