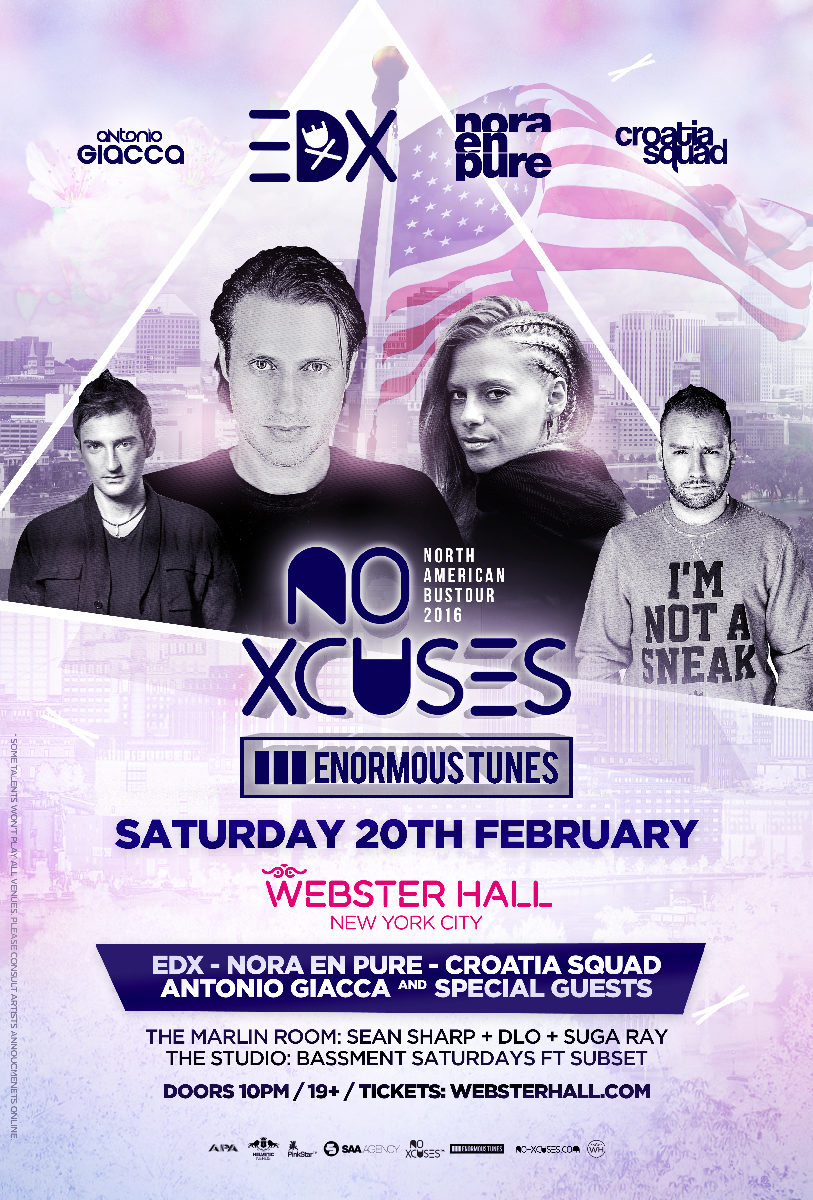 Bringing some friends along for the ride, Maurizio Colella—better known as EDX—headlines the No Xcuses tour with support from Nora En Pure, Croatia Squad, and Antonio Giacca.

Colella has made his No Xcuses radio show and accompanying party series a staple among the dance music enthusiasts. EDX has built a distinguishable discography consisting of solo productions, collaborative projects, and signature remixes.

Enter to win a pair of VIP tickets for EDX No Xcuses Bus Tour 2016 at Webster Hall on 2/20 from The Nocturnal Times: