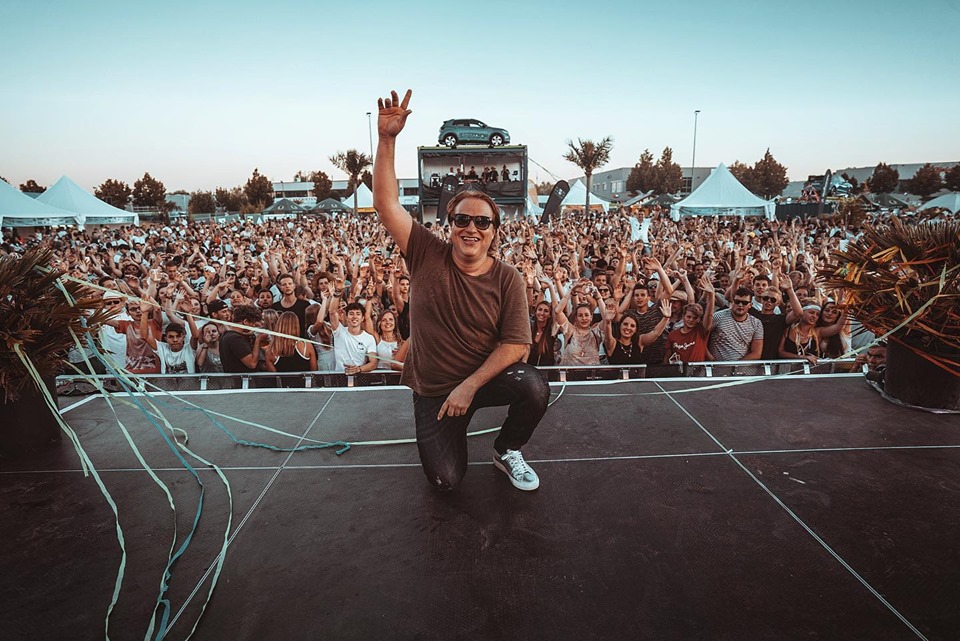 There’s a special select number of artists who can say they’ve been journeying through the electronic industry for over 25 years, and Maurizio Colella, better known as EDX, is one of those special few.

EDX has lent his creative talents to nearly all sectors of dance music, including his weekly radio show No Xcuses which has been running for eight years straight, earning a GRAMMY-nomination, and holding residencies at many of the world’s most esteemed clubs like Space Ibiza, Privilege Ibiza, and Wynn Las Vegas. Additionally, his vast repertoire of studio productions have altogether amassed over 120,000,000 streams whilst cultivating an ever-adoring global fanbase along the way.

If there’s one event in particular that dance music fanatics hold dear to their hearts year after year, it’s EDX’s No Xcuses parties. Of course, Amsterdam Dance Event (ADE) is one of those instances. Hosted this October at Club Mystique, an intimate crowd of devoted EDX fans poured into Mystique for what was an all-out night of losing yourself on the dancefloor and groovy sets lasting through after hours. Accompanied by fellow DJs and Producers including Daniel Portman, Uoak, Mahmut Orhan, Tough Love, Faul & Wad, and Troste, there was no shortage of classic electronic that the crowd simply couldn’t get enough of.

EDX’s roll of singles in 2019 has held strong all year beginning in January. His discography has been dusted with gold in a collective of freshly minted originals as well as numerous remixes. On the original front, “Who Cares,” “Off The Grid” featuring Amba Shepherd, “Ubuntu,” “Stay,” and “Neptune” are cemented into the airwaves and built to withstand time. Jumping to the remix side we find EDX’s Indian Summer Remix of “Don’t Leave Me Alone” featuring Anne-Marie, the EDX Dubai Skyline remix of Loud Luxury’s “I’m Not Alright,” and just this past week his newest rendition of Charlie XCX’s “White Mercedes.”

An eclectic mix of infatuating house rhythms, dance-centric vibes, and touches of progressive tones are just scraping the surface of describing this series of records by the Swiss-Italian master himself. We had the pleasure of having a chat with Maurizio before his set at Club Mystique during ADE – read below and catch a glimpse into the realm of EDX’s touring, new music, upcoming plans and more.

Nocturnal Times: We’re here at ADE 2019, and tonight we’re celebrating your No Xcuses party at Club Mystique – tell us what you have in store for tonight and what’s different from last year?

EDX: We had a great year with No Xcuses. I’ve been coming to this conference and festival for so many years and I’ve been to so many parties, it’s good to host your own party with your friends. This year we changed the lineup a bit and have some new, fresh guys, so I’m really looking forward to it.

Nocturnal Times: What else do you have going on for ADE festivities this week?

EDX: Well, I’m here with the crew so we’re meeting a lot of friends and it’s exciting. It’s one time of the year where you have the chance to talk to friends that you’ve met over the year somewhere in an airport, or in a club, or between DJ sets but you never have any quality time to talk. That’s a good thing about Amsterdam is that for two or three days you’re able to talk with people you love.

Nocturnal Times: We’d love to talk to you about all of your new music this year including originals and remixes. Recently you released “Neptune” that brings back a familiar sound for you, what else do you want to share?

EDX: We’ve been releasing a lot of tracks again this year, some originals that were more for the club too. I tried to add some more vocal tracks to my releases earlier this year as well. “Ubuntu” was a summer track, a very groovy one. Then “Stay” was released just about a month ago, which is a vibey EDX track that I felt everyone would love to play out so I’m really excited about this. In the meantime, releasing “Neptune” is happening right now and this was an idea I had already a year ago, and I just wanted to have a record bringing back the EDX sound from 2008 and 2009, then making it a little bit like 2019 and 2020. It’s keeping things fresh and bringing a twist. The feedback is really great and I’m thinking about putting a vocal on it. On the remix end there’s my Loud Luxury remix which was out in September, and there’s another remix coming out next week so there is a lot happening but I’m happy to share the music with all the people out there. Next week we are already releasing my new remix for Charlie XCX’s “White Mercedes” so I’m really excited to showcase it in my show next week and I’ll be testing it tonight too. It’s a cool thing to find a track that I really like to remix.

Nocturnal Times: ADE is the week that artists spend planning out their upcoming year and setting up all sorts of projects. What kind of projects and goals is ADE putting on your radar for this next year?

EDX: We’re starting the Neptune Tour today actually, and going to Mexico next week and the U.S. This will take us to the end of the year and I’m really excited about it. I was having a great summer tour and in September I took it a bit easier which was nice to have quality time with my music and family. Next year I’m definitely looking to do more collaborations and we’ll see what’s going to happen.

Nocturnal Times: Earlier this year you launched a new sort of performance concept that featured more immersive audiovisual experiences. How did all of that go and do you think you’ll continue it?

EDX: This was a sort of test we did in Los Angeles, I’m excited to be back there next week for my next show. It’s a really nice club with great history for electronic music on the West Coast, so to do something special with that show was pretty cool. The feedback was great but it still needs a lot of tweaking and we still need to work on the way we want to take this to the next level. I’m looking forward to taking things back into the touring concept for 2020.

Nocturnal Times: You’ve now gone well over the milestone of the 400th episode of No Xcuses. How do you continue to surprise listeners each week and keep the radio show exciting for fans?

EDX: It’s something I spend a day each week working on and it’s an exciting journey. It helps a lot in looking for new music and finding new talents. I get sent so much music and I need to sit down once a week for the show. Everything actually started with No Xcuses because I wanted to give something back to my fans for free, so I said okay this is a weekly radio show that is giving back to fans with a free download. Now, it’s eight years later and I’m still having fun doing it.

Nocturnal Times: Have you found No Xcuses to be a natural way in helping to bring newcomers to the forefront, and to help mentor other artists?

EDX: One of the other ways you can look at it from that point of view is that sometimes I’ll replay music from new talent. Just today there was this kid from Holland that came to be and said “hey you know you were the first guy playing my song four years back and now in the meantime I’ve been releasing on this label and that label. I just wanted to say thank you.” So that’s interesting because we’ve created this thing that thousands of people listen to each show.

Nocturnal Times: Is there anyone in particular who is on the rise in the scene that you are keen on seeing really succeed?

EDX: Music is switching a lot right now and it’s very hard to pick the right person. There’s a lot of people doing really great stuff. Especially right now, when something is new and fresh you have the chance to make it into something that speaks to people and make it into someone you really like.