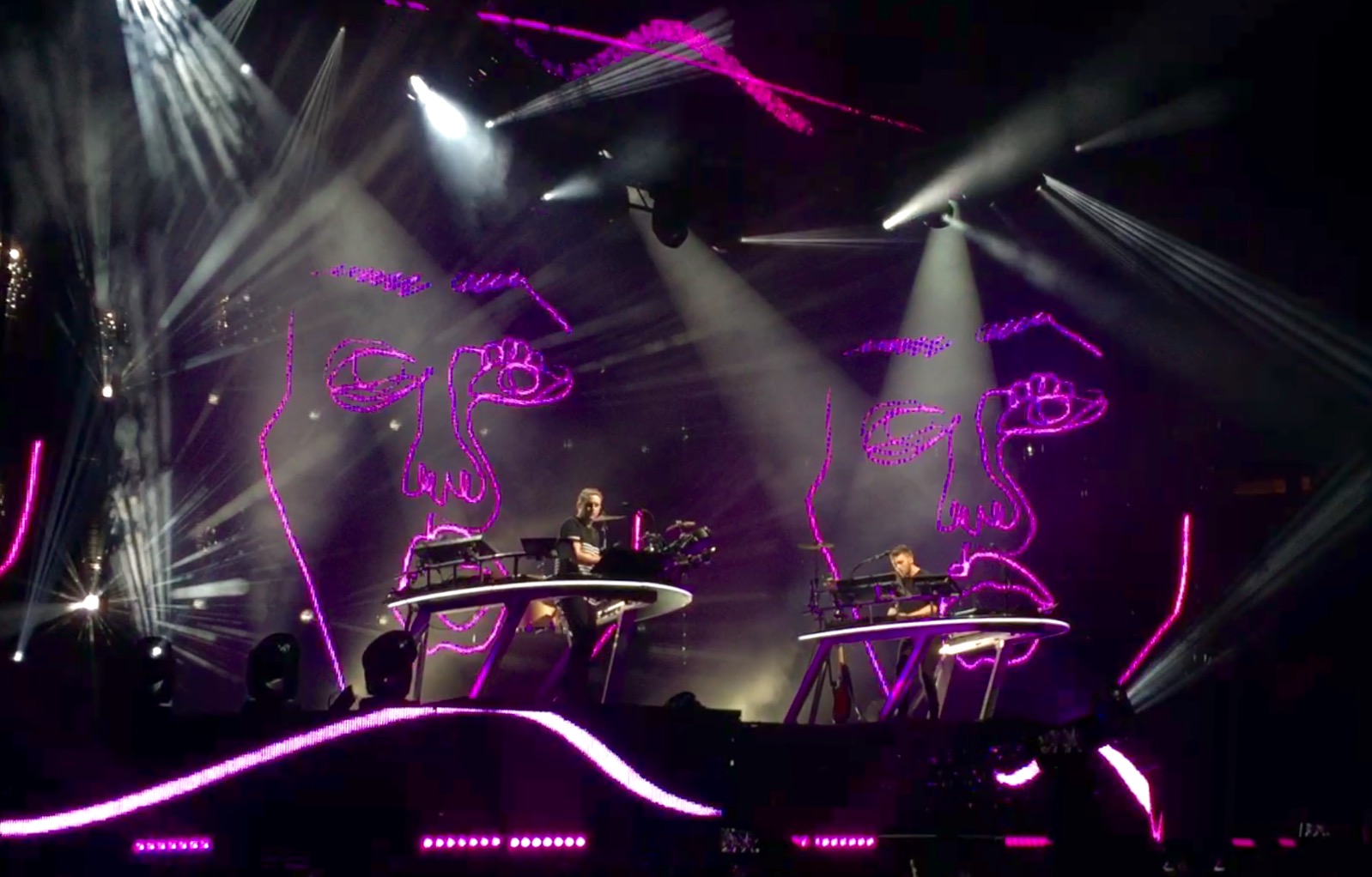 The autumn event rush in New York is always substantial, but this past weekend was even bigger for electronic music enthusiasts as an unstoppable force made their way to Madison Square Garden.

More than 10,000 concertgoers united under one roof with one thing in common: love of the music. Chock full of live performances, Disclosure’s energy-driven ensemble included an array of new material from their Caracal album, and of course, older productions as well.

Taking their place behind their crafted dual-stage contraption at 10:15 pm, Disclosure’s intense energy radiated throughout the world’s most famous arena from the start of their showcase, straight through to their encore performance. Kicking things off with “White Noise” ft. AlunaGeorge, it was a deep and energetic start to an unforgettably groovy evening in the heart of NYC.

“Oh My God! We are Disclosure from the UK and it is unbelievable to be here!”

Guy and Howard Lawrence—better known by the music community as Disclosure—have been passionate about music and playing instruments since they were children. The pair revealed during their show on Saturday: “We’ve been playing music since we were about three years old and this has been the one show we have always wanted to play!”

Expressive and innovative, Disclosure continued with a live vocal performances of “You & Me” with Eliza Doolittle, “Willing & Able” with Kwabs, and “Hourglass” with LION BABE. One giant dance floor in the middle of Manhattan was moving in sync to “When A Fire Starts To Burn,” “Holding On” ft. Gregory Porter, “Bang That,” and “Moving Moutains” with a powerful live vocal performance from Brendan Reilly.

Encoring with the crowd-favorite “Latch” ft. Sam Smith, Disclosure’s Madison Square Garden show was its own explosive force, a career milestone, and an experience the truly artistic pair will never forget.

“Madison Square Garden, thank you so much fore being absolutely amazing. Thank you for making the show of our dreams come true, this has been incredible! You guys are fucking great!”

If you can make it there, you’ll make it anywhere—and Disclosure is now one of the few dance acts to grace the stage at The Garden. The handful of other dance music heavy-hitters that have headlined MSG are Armin van Buuren (x2), Above & Beyond, Swedish House Mafia (x2), Eric Prydz, Hardwell, and Bassnectar.

Disclosure’s debut album Settle was nominated for a 2014 Grammy Award for Best Dance/Electronic Album with its follow-up Caracal already shining brightly in its footsteps.