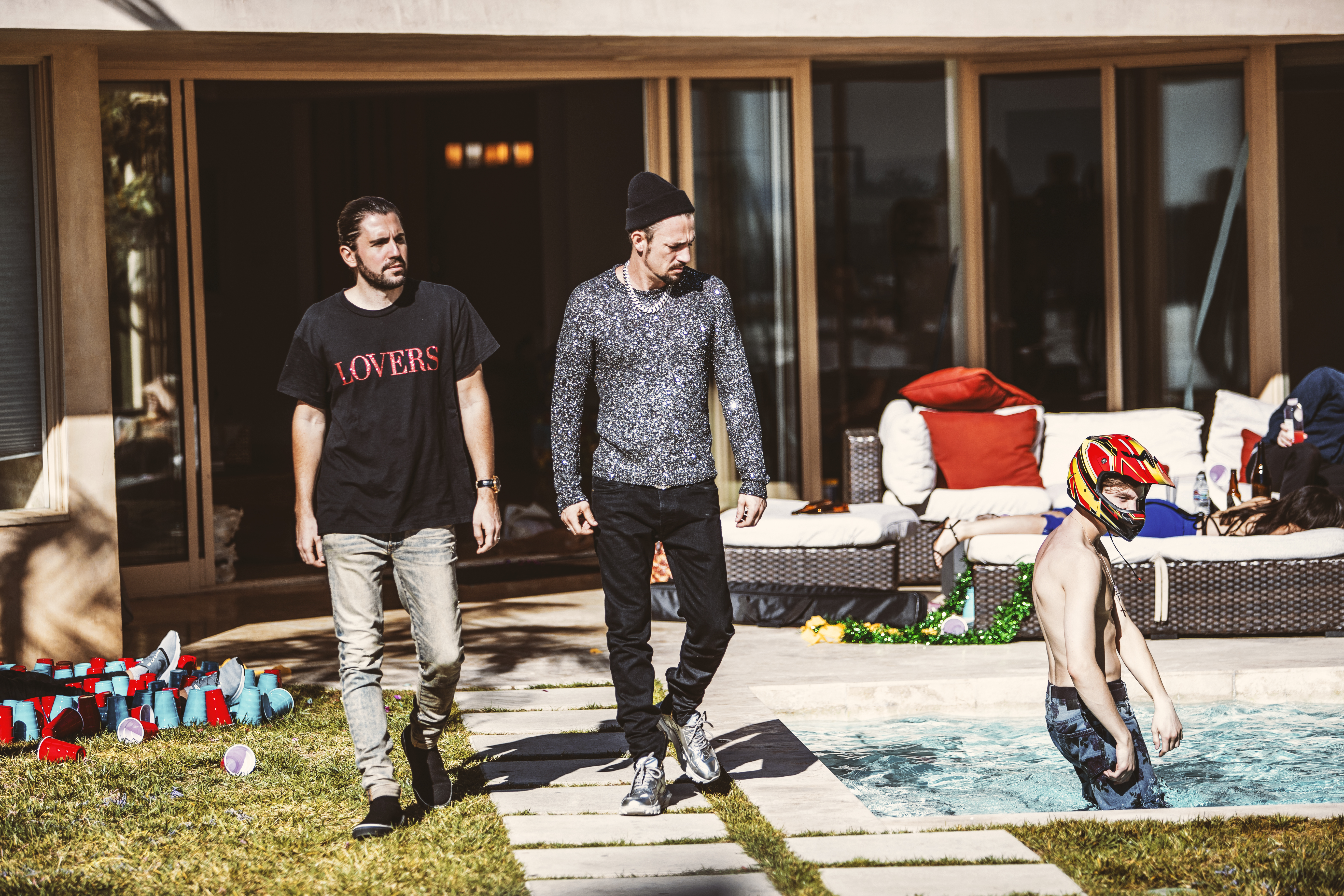 Undisputed veterans of the game, Dimitri Vegas & Like Mike have marked their names in history as dominators of the dance music space. Whether infiltrating airwaves across festival fields or club dancefloors, the legendary duo are no strangers to breaking barriers in their scene.

The Belgian brothers have set the scene ablaze for years, continuing to grow their following and remaining at the top as both industry leaders and dance music pioneers. The pair hold massive projects tied to their name such as their recent Garden of Madness shows that took over the Sportpaleis Antwerp across four sold-out dates in December. They’ve been recognized both internationally and in their home of Belgium for their talents, most recently winning MTV’s ‘Best Belgian Act’ award.

Of course they have become known for their amped-up performances, wild parties, and festival-born sound, but they have also established a worldwide presence through their powerful original tracks and versatile collaborations. Having worked with a roster of some of the highest profile names in the music industry, DV & LM have released works alongside trap pioneer Gucci Mane, hip-hop star Wiz Khalifa, and American singer/songwriter Ne-Yo as well as electronic greats like Armin van Buuren, David Guetta, Martin Garrix, Steve Aoki, Hardwell and more.

Most recently the duo has delivered their radio-friendly track “Selfish” on which they’ve drafted the skillful talents of Kosovan singer-songwriter Era Istrefi. A beautiful demonstration of their continual efforts to diversify their portfolio and push boundaries, the track is a pop-leaning anthem set to resonate worldwide. They’ve put a refreshing take on the iconic hook from Toto’s “Africa,” giving it a tropical twist in the process.

The Nocturnal Times has also partnered with Dimitri Vegas & Like Mike to offer our readers a chance to win 4 (four) tickets and a meet & greet to their March 27 show. As part of this year’s Miami Music Week 2019, enter to win this memorable DV & LM prize pack and join the guys at Hyde Beach Club at SLS South Beach — HERE.

We caught up with the brothers surrounding their latest efforts and the impending Miami Music Week festivities, set to unfold beginning Monday, March 26th. Read below for insights into what they have planned for the week, collaborations in the works, and more on their latest record “Selfish.”

Nocturnal Times: Tell us a little bit about how “Selfish” came to life. Where did you get the inspiration to create the single, specifically why you chose to sample the transgenerational song “Africa” by Toto?

Mike: We had the idea for a while. It’s was just about trying to find time to make the project come to life. Era was an ideal choice for this record because of her voice and how this record sounds and the pair perfectly marrying together.

Dimitri: “Africa” is such an iconic sample to use and a fun record to play around the studio, bringing it to life with a new audience and connecting with those who already know it.

Nocturnal Times: How did you first link up with Kosovan singer Era Istrefi for her feature on “Selfish”?

Dimitri: We love Era and the music she has been making. Her voice is incredible and the both of us noticed her a couple of years back and felt she’d bring a killer vocal to one of our records. So, we had our team reach out, everyone connected and well the rest is what turned into the new single “Selfish.”

Nocturnal Times: The “Selfish” single explores a refreshing new sound different from the recognizable Dimitri Vegas & Like Mike big-room beats. How would you best describe the direction of your sound for this year and beyond?

Dimitri: Yeah, our musical DNA has never just been that big-room sound we’re known for. We have put out a lot of releases that showcase this and our sets are very varied for the dancefloor.

Mike: It’s positive that people like yourself are feeling the vibe from the different sounds we bring into our music. That’s always good to hear.

Nocturnal Times: In 2019, you’ve already collaborated with other dance music heavyweights such as Armin van Buuren and W&W on the single, “Repeat After Me.” Are there any other massive collaborations or major releases on the horizon for Dimitri Vegas & Like Mike this year?

Mike: We have so much new music coming up and some very cool collaborations in the pipeline. There are going to be a lot of surprises with the releases we have planned.

Dimitri: Fans are going to love what we have in store for them. It’s going to be a very busy year for us with music!

Nocturnal Times: During Miami Music Week, you’ll be appearing exclusively at Hyde Beach at SLS Hotel South Beach. Are there any surprises in store? How do you plan to make your only Miami appearance a memorable experience for fans?

Dimitri: Absolutely! The ‘Smash the House presents Dimitri Vegas & Like Mike + friends’ party is going to be a huge label showcase for us so the fans can definitely expect to hear a lot of new music, plus some very exclusive edits of tracks we’ve been working on. We have a huge line-up in store for the fans too, so expect a crazy Miami party that will go down in the history books!

Mike: Miami is always wild and our show this year is going to be another crazy party!

Nocturnal Times: Are there any electronic artists on the scene currently that you think fans should be paying more attention to?

Mike: We’ve just launched a label called Generation Smash which is all about helping to discover new talent. We support all the artists we are finding through this label, go check it out and get a taste of who we feel people should be paying more attention.

Nocturnal Times: If you had to describe your hopes/goals for the remainder of 2019 in just 4 words, what would they be?