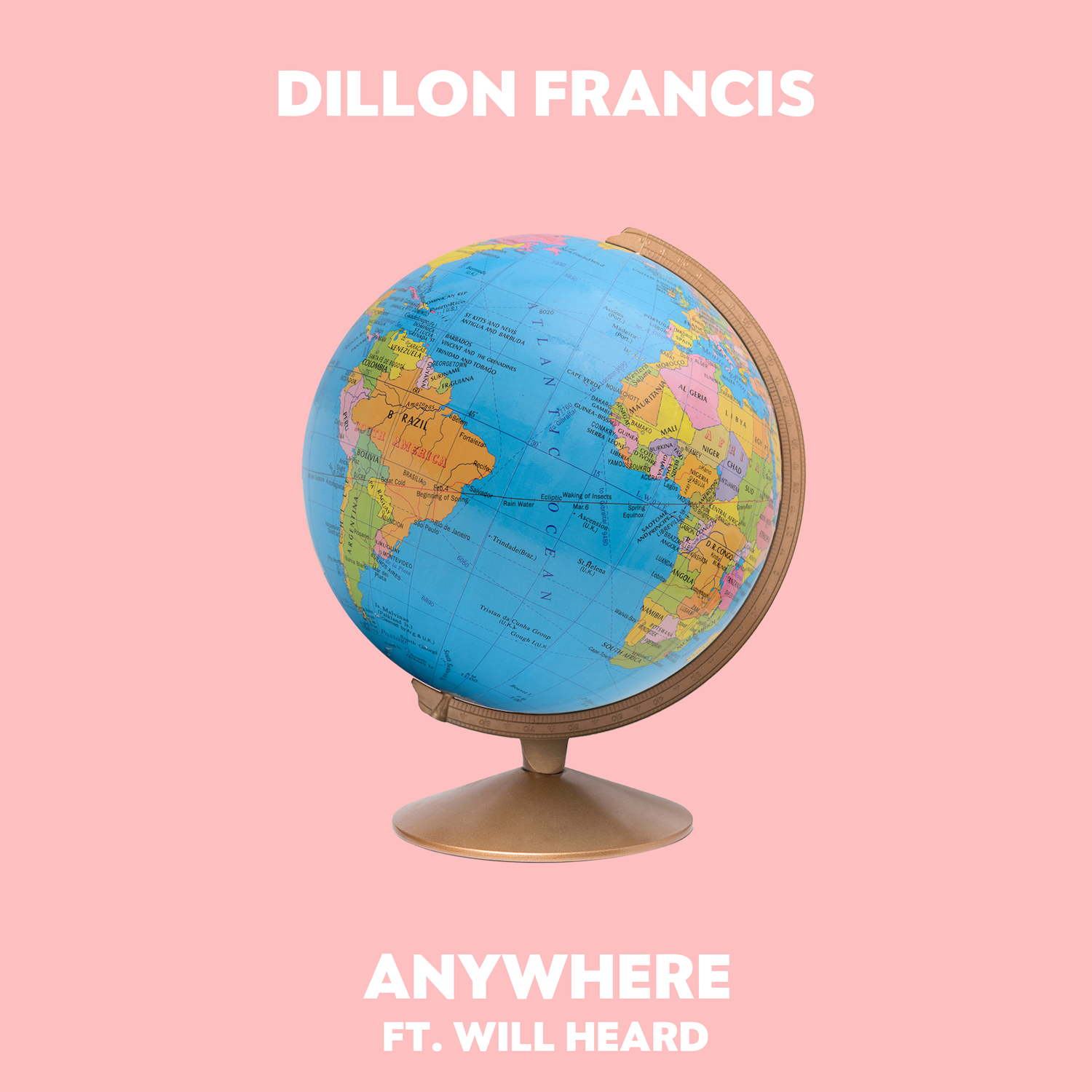 Internationally recognized DJ and producer Dillon Francis has just released his latest single, “Anywhere,” which features vocal stylings from Will Heard. From performances this year at EDC New York to HARD Summer in LA, Dillon has been taking the dance music world by storm. Over the course of the past year, Dillon released his contagious singles “Candy” feat. Snappy Jit, “Coming Over” with Kygo feat. James Hersey, and his EP, This Mixtape Is Fire (2015).

Up next on Dillon Francis’s list of releases: “Anywhere” feat. Will Heard. Listen to the catchy new track or watch the lyric video, below.

Dillon Francis has become known to music lovers for his massive Platinum hit, “Get Low” with DJ Snake, his debut album, Money Sucks, Friends Rule, which was pegged as one of Rolling Stone’s Top Electronic Albums of 2014, and being one of Mad Decent’s most game-changing acts. Dillon recently appeared as a guest on a new episode of MTV’s comedy show Ridiculousness hosted by Rob Dyrdek – watch the full episode on MTV, HERE.

It was just announced that Dillon Francis will join forces with Flosstradamus for a special event, Dillstradamus Presents: IDGAFOS HDYFEST 3UNION. The two powerhouse acts will collide for a series of co-headlining shows at Los Angeles’ Shrine Expo Hall on November 3rd and 4th (both of which are sold out) and also December 23rd – the latter two shows being added due to overwhelming demand. More information can be found at dillstradamus.com.

25-year-old British singer/songwriter, Will Heard, exploded onto the music scene in 2013 with co-writing & featured credits on Klangkarussell’s “Sonnentanz (Sun Don’t Shine).” His seemingly effortless culmination of jazz, hip-hop, soul, and funk, have caused him to become one of the most sought-after vocals in EDM. Also appearing on Kygo’s “Nothing Left,” Will is putting the finishing touches on his forthcoming EP, to be released later this year. Heard has been working with the likes of Eg White (Adele, Sam Smith, Florence & The Machine), Al Shux (Jay-Z, Alicia Keys, Plan B), Billy Mann (P!nk, John Legend, Celine Dion), Stuart Zender (Jamiroquai, Duffy, Zak Abel).

Listen to “Anywhere” feat. Will Heard:

“Anywhere” is available on iTunes, HERE.