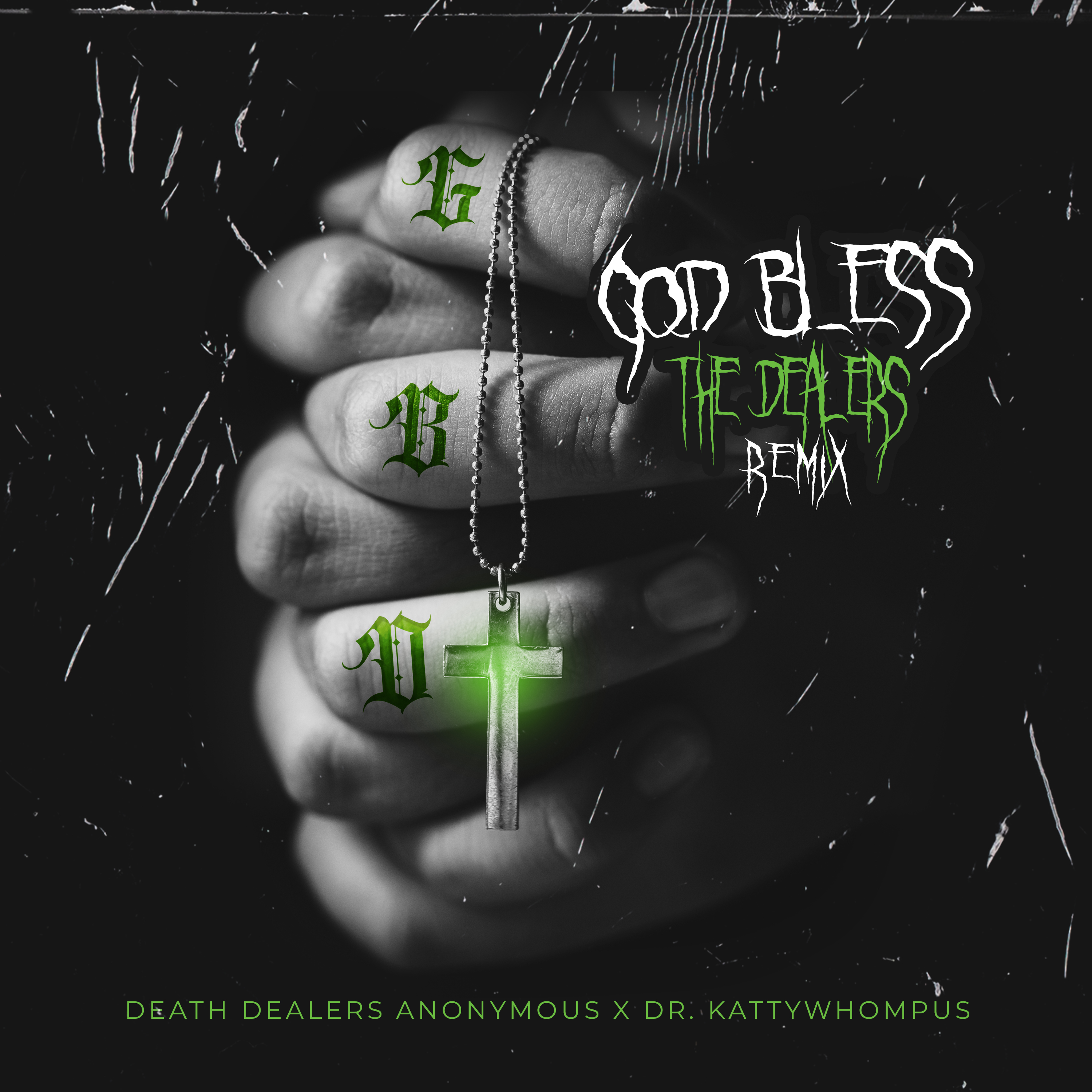 We wouldn’t put a label on this one… nor would would we classify it as any particular genre, but if we had to think out of the box, we would say “God Bless The Dealers” is hard rap meets heavy bass. Coming to you from two rising names within the scene, Death Dealers Anonymous and Dr. KattyWhompus, there’s a message they’re determined to have the world hear — and what better way to start than with “God Bless The Dealers”?

“God Bless The Dealers” serves up a crisp mix-down, and showcases massive, technical bass drops coupled with trap-infused influences in the verses, which lay the foundation for the skilled, well-written lyrics of Death Dealers Anonymous to rock the consciousness of those who listen. Delivering truly eclectic blends of musical stylings, “God Bless The Dealers” makes a statement, and ultimately it’s safe to say that both Death Dealers Anonymous and Dr. KattyWhompus are only just beginning.