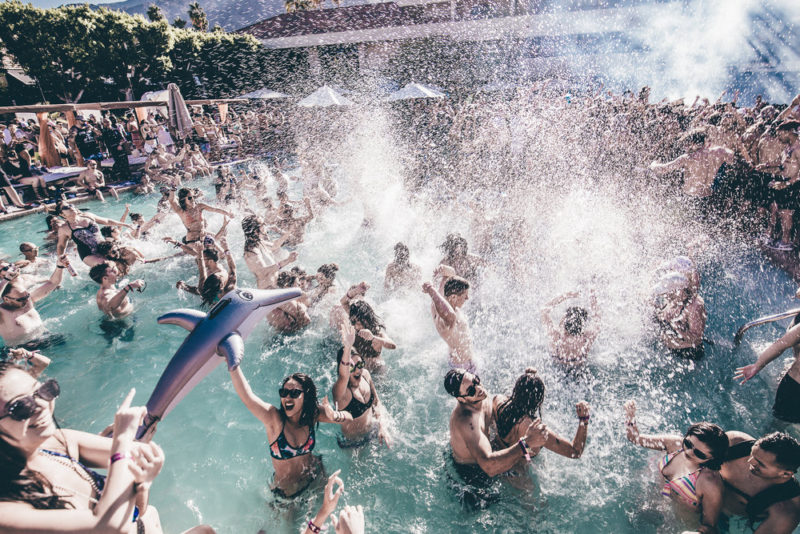 One of the most anticipated events of the year for the West Coast, Coachella weekend(s), keeps getting bigger as the Day Club series comes for some dual-weekend action

The hype around Coachella has grown so much, it once again took the step to expand to a two weekend event in 2017, giving you twice the chance to get in on California’s must-attend festival. Year after year the festival has sold out and exploded into the locale area, and the weekend itself has turned into a 24/7 celebration. Day Club will return once again to provide the ideal daytime spot-to-be for all you dance music loving fans. The Hilton in Palm Springs will be host to this jam packed lineup to be spread across both weekends April 14-16 and April 21-23.

It will be hard to embrace lounging by the Hilton’s lush pool with Day Club bringing you some of the best in the scene. The first weekend alone will see an OWSLA takeover kicked off by the Godfather himself Skrillex. House heads will have their own day with Sound Presents hosting the party Sunday April 16. Fellow juggernaut label Mad Decent will bring its hectic party on Friday Weekend 2, to be followed by a Madeon, Jai Wolf, and Gryffin DJ Set on Saturday April 22. To wrap up the entirety of the Day Club pool party marathon, let Dillon Francis carry the weekend away on the final day Sunday April 23.

View the full lineup roster below: