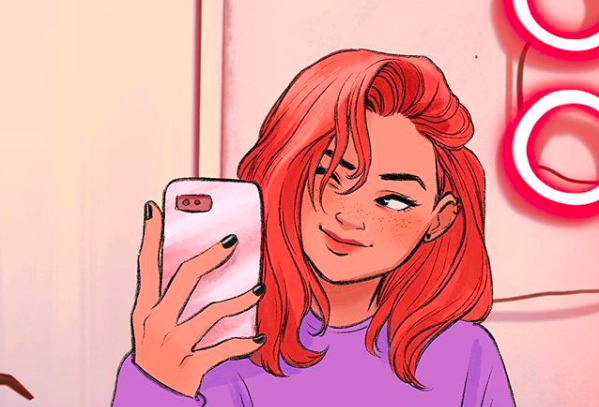 Dad is back with a pop groove that will definitely be stuck in your head as soon as you listen to it for the first time. She has been compared to the likes of Clairo and Beabadoobie by Paper Magazine and labeled by Ones To Watch as “the virtual singer poised to take over your indie pop playlist.”

Dad aka Kei Wells is quietly but steadily establishing herself as a formidable bedroom pop rising star and she is definitely one to watch for 2020. Following her debut singles “Alligator” and “Smash Bros” in 2019, Dad has started the new decade with the ultimate single girl’s bop “Fresher.”

The song dives right into her story about how she got to where she was when writing the song and is accompanied by a very minimal soundscape featuring a chilled synth and a clap. The song progresses naturally to a very catchy hook building off of the original textures with a rich bassline added.

The single will be the first collaboration for Dad as she linked up with Grammy-nominated Austrian producer and pianist Yakob who is known for his heavy-hitting production work with 6lack on “FREE 6LACK” and “East Atlanta Love Letter.”

Dad shared some insights toward her latest creation stating:

“So this song’s a special one. Yakob found me on intsa and DM’d me and we were in the studio the next week. We had a song done by the end of the day. It was surreal. Dude is so so so talented. I love all of the 6lack stuff but Yakob’s a beast on keys and he’s singing back ups w/ me and he’s heckin WHISTLING! Done. Ded. I’m in luv.  I’m building my artist project from scratch and money comes slow (if at all) in the beginning. I’ve gotten some bills lately that I literally have no idea how I’m gonna afford.  I wanted to write a song that was about my issues: being broke, bad habits, feeling isolated… but was still confident that I’m doing better than when I was with my exes. Being independent is so so so important to me right now and I know I’m exactly where I should be in life 🙂 I’m getting more comfortable in my own skin and having fun. I wanted the song to touch on that vibe and make people listening feel the same. ♡”

Stream the track via the link below and let us know what you think!