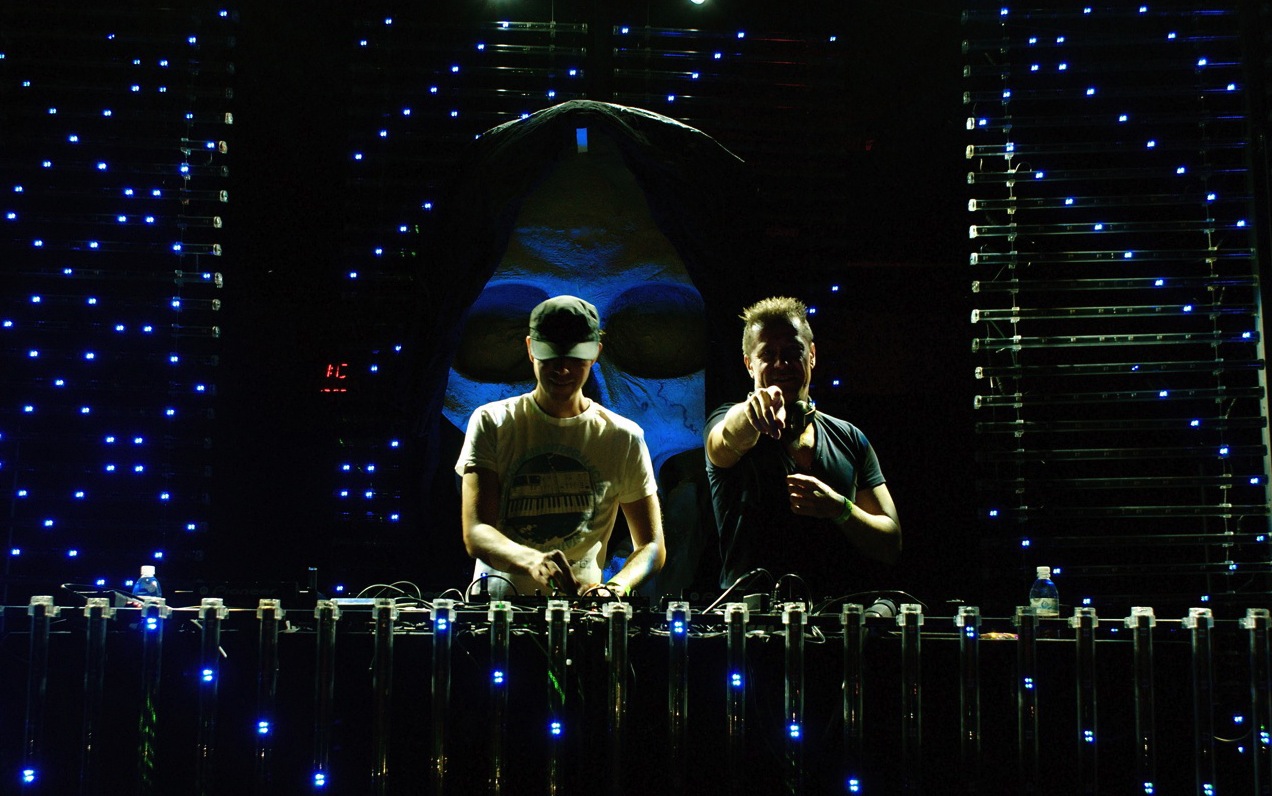 Yet another sensational evening hosted by your favorite German DJ/Production duo Cosmic Gate, this past weekend’s festivities over at Florida’s Clearwater Beach were nothing short of magical.

Definitely a locals paradise as well as a destination for Floridian dance music fans, Sundays at Shephard’s Beach Resort see a slew of people who frequent the venue to come watch the amazing array of talent they host each Summer. This weekend boasted the euphoric sounds of Bossi and Nic Chagall, who together form out-of-this-world powerhouse Cosmic Gate.

Their emotive performance on Sunday of course featured many tracks from their Materia two-part album that was released earlier in 2017, as well as older classics and beautiful favorites from other artists. They saw fans light up with excitement as they opened with “Materia” and eventually lead into heavenly tracks like “Fall Into You” and “Exploration of Space” later on. It was a wonderful feeling to be present and hear so many of these tracks come to life in person after recently watching the duo’s documentary surrounding the making of the album. Titled ‘Materia – The Documentary,’ the short film chronicles the creation of the album and the intelligence behind splitting it in two halves so that fans can properly digest each individual track and each intricate detail.

Even further love (and tears) were shed during Above & Beyond features like “Northern Soul” and “On A Good Day.” As if the music wasn’t enough, there was a rainstorm early in the evening that at first seemed daunting, but cleared up right before Cosmic gate’s set – just in time to paint the entire sky the most beautiful peachy pink color we have seen in awhile. Hands down the most breathtaking sunset we have seen at Shephard’s yet, we knew this would set the tone for an unforgettable night to come.

Some of the best moments of the night involved looking around at all of the ridiculous smiles spread across everyone’s faces in the crowd. Cosmic Gate definitely holds a diehard fan base, members of which will of course be present at every show to amp up the vibe amongst everyone else in attendance. Huge dance parties broke out towards the front of the stage and throughout the middle of the intimate stage area at Shephard’s. The layout is excellent for getting up close and personal with your most favorite DJ’s, as you can comfortably walk straight up to the front and all around the venue, which is ideal for milling around between friend groups and of course, coming back and forth from the bar with your Corona & lime or a delicious (and dangerous) rum bucket – a Shephard’s staple.

Someone even decided to show up this week with a gigantic T-Rex head which inevitably turned out to be the life of the party for quite some time, even making an appearance on side stage in the middle of brightly colored smoke clouds. The energy and crowd at Beach House Sundays is always one full of excitement, bliss, and pure fun as it truly is a Summer celebration amidst a soundtrack provided by our most cherished producers.

There’s not much that we love more than a quality Summer Beach series, and some of Florida’s best go down at Shephard’s for Beach House Sundays. Each week throughout Summer, dance fans flock to the soft white sands of Clearwater Beach to get down and vibe out with some of the industry’s most beloved talent. An idealistic venue for the Summer sequence, Shephard’s is the perfect combination of comfort and fun. The widespread layout allows for maximum freedom to wander about the beach, pool, stage, bar, and table areas all while still experiencing the full performance and not missing a beat. No matter where you wander off to, you’ll most definitely find friendly and familiar faces to bond with and jump around beside.

This performance was honestly one of those that makes you reflect and remember why you fell in love with dance music in the first place. Certain artists possess that raw power and Cosmic Gate is definitely one at the top of the list for us. As a pair, they are the true representation of what this community represents – unity, evolution, energy, and boundless limitation. As always we love catching a show with the guys, especially one like this – smack in the middle of a glorious peachy sunset and idyllic beachy setting.