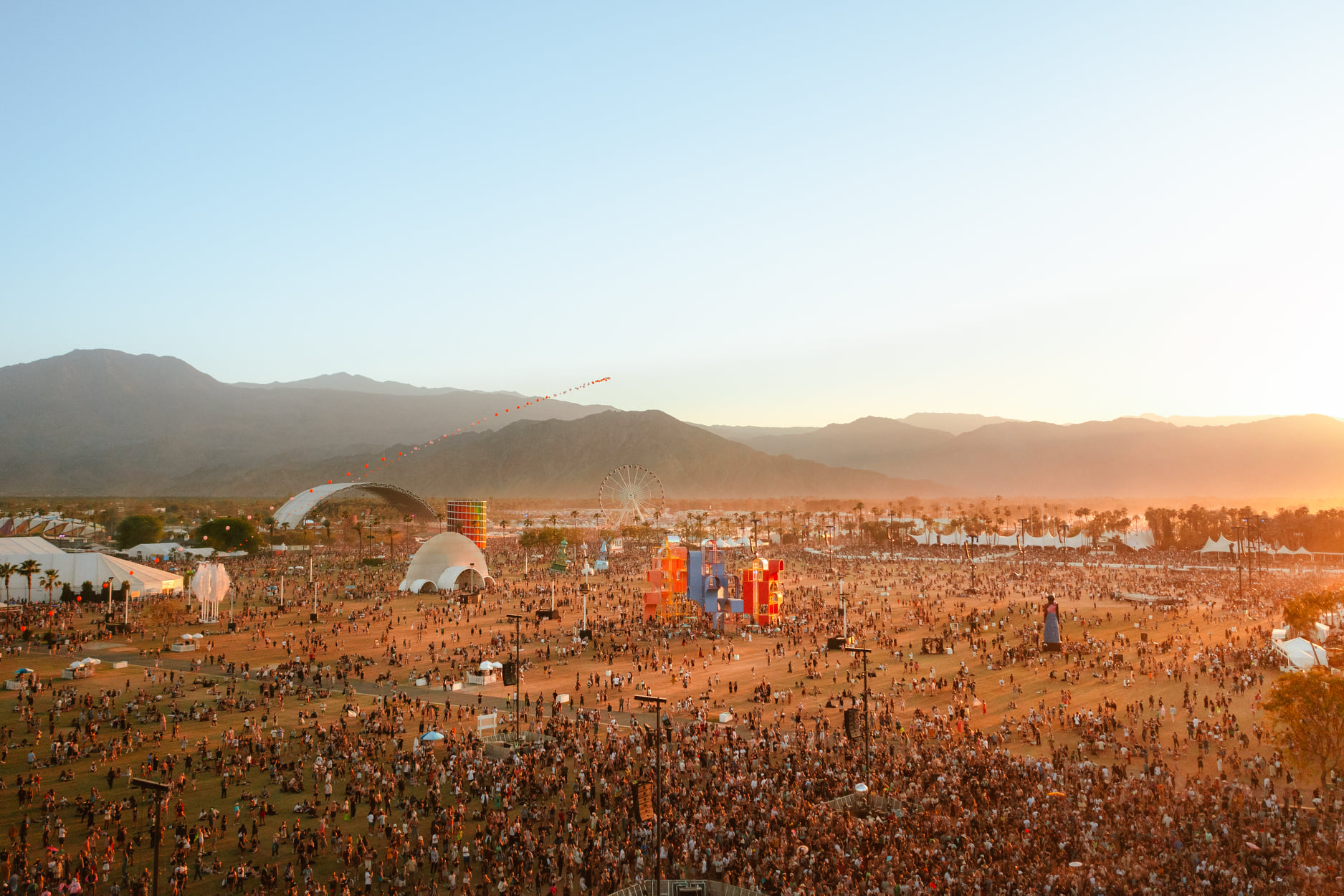 Returning to the desert this year, Coachella 2023 hits Indio, California once again, for two weekends — and the much-anticipated lineup has just been officially announced. Two 3-day events across two weekends, April 14-16, 2023 and April 21-23, 2023, will comprise Coachella Valley Music & Arts Festival at its home at the Empire Polo Club grounds.

In the weeks leading up to the festival lineup announcement, Hits Daily Double reported that rumored headline artists for Coachella 2023 would be Bad Bunny, BLACKPINK, and Frank Ocean. This would also make festival history, as well as historical accomplishments for the artists — making Bad Bunny the first Latin artist to headline the event, whereas BLACKPINK would be the first K-Pop act to headline. Because Frank Ocean was originally supposed to be a Coachella headliner in 2020, however with the event not taking place that year or in 2021 and Ocean unable to perform in 2022, he was serve as headliner at Coachella 2023.

There’s also so much speculation over the annual unveiling of the Coachella lineup — and this year was certainly no exception. Be sure to check this space for more information regarding how to watch the notorious Coachella 2023 live stream (Couchella) as it’s revealed. For now, head over to coachella.com for more information.