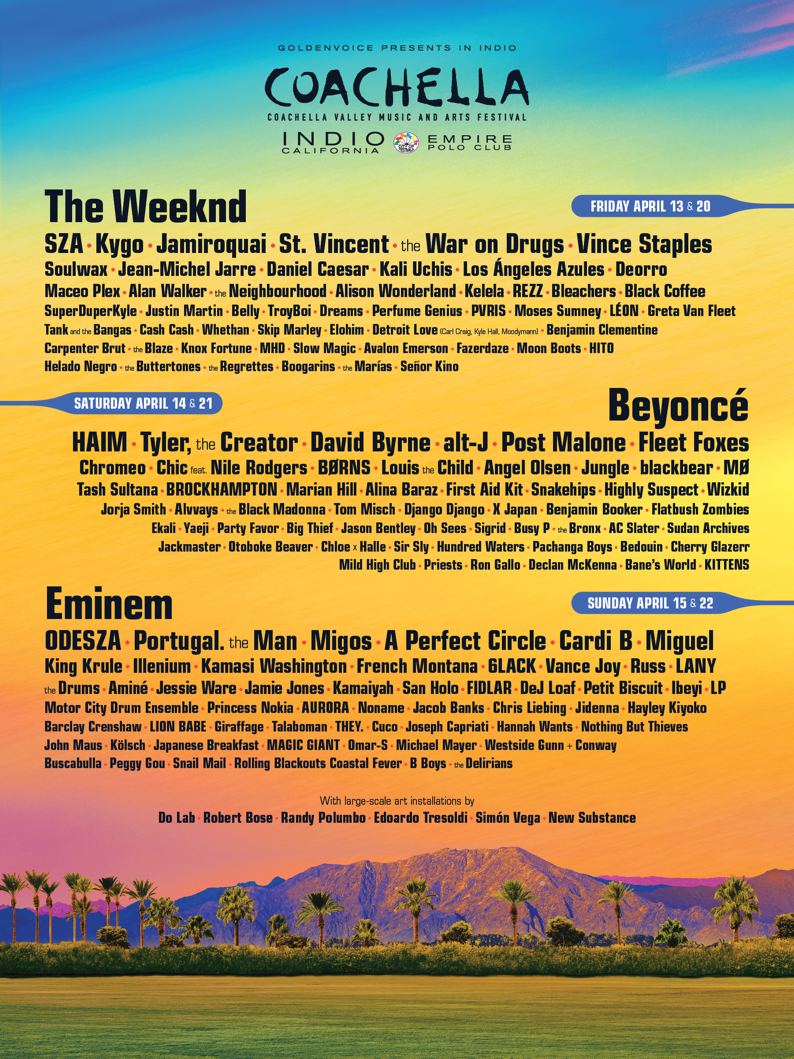 Anticipation always surrounds the annual announcement of the Coachella lineup – and this year is certainly no exception to the rule. Just two days into the new year, Coachella Valley Music & Arts Festival revealed the full lineups for their two-weekend experience.

Returning to Indio, California’s  Empire Polo Club from April 13-15 and April 20-22, Coachella headliners this year include The Weeknd, Beyonce, and Eminem. The Weeknd has been wowing audiences with tracks from his albums Beauty Behind The Madness and Starboy, which he’ll undoubtedly do for back-to-back weekends in Indio. Queen B, Beyonce, makes her way to the desert for a headlining performance following the recent announcement that she’ll be starring in the upcoming Disney live action adaptation of The Lion King. Eminem returned to the scene after a several-year hiatus with his new album, Revival.

Related Topics:coachellamusic festivals
Up Next