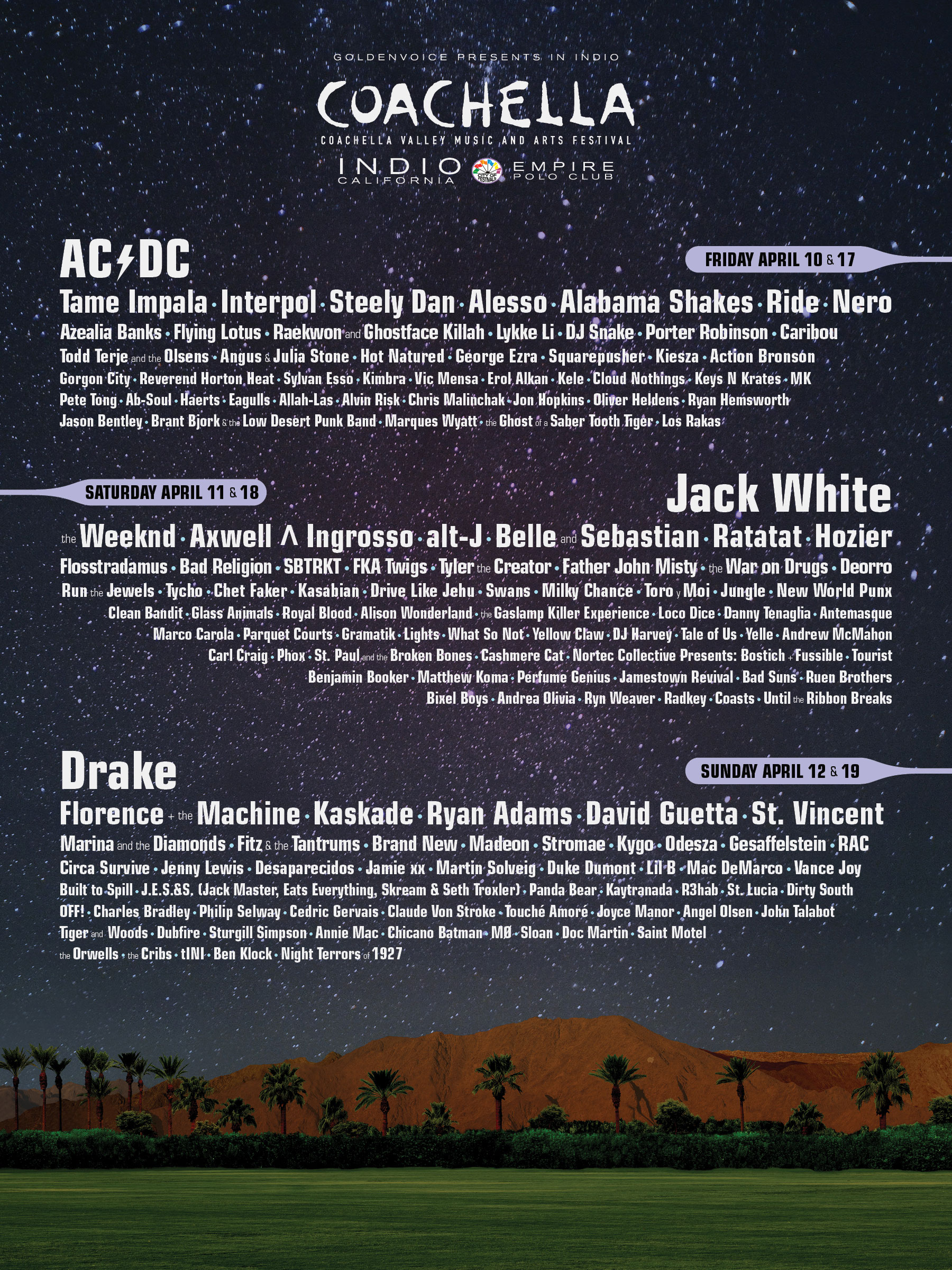 Goldenvoice, the promoters behind one of the top music events in the festival circuit, have announced the lineup for the 14th annual Coachella Valley Music and Arts Festival for 2015. The highly anticipated lineup, which was revealed during the first week of January, includes some of music’s heavy-hitters across all genres. Headliners of the three-day affair include ACDC, Jack White, and Drake. The unveiling revealed a heavy emphasis on dance music artists this year, which coincidently has to do with the recent prevalence of EDM in North America, but we’ll save that for another day.

The annual Indio, California event will take place over two weekends in April 2015 at the Empire Polo Club. The first weekend spans from April 10-12, 2015 and second weekend from April 17-19, 2015. Curators of the iconic music and arts festival raise the bar each year as far as lineup and production, making Coachella one of the most sought after festivals in the world.