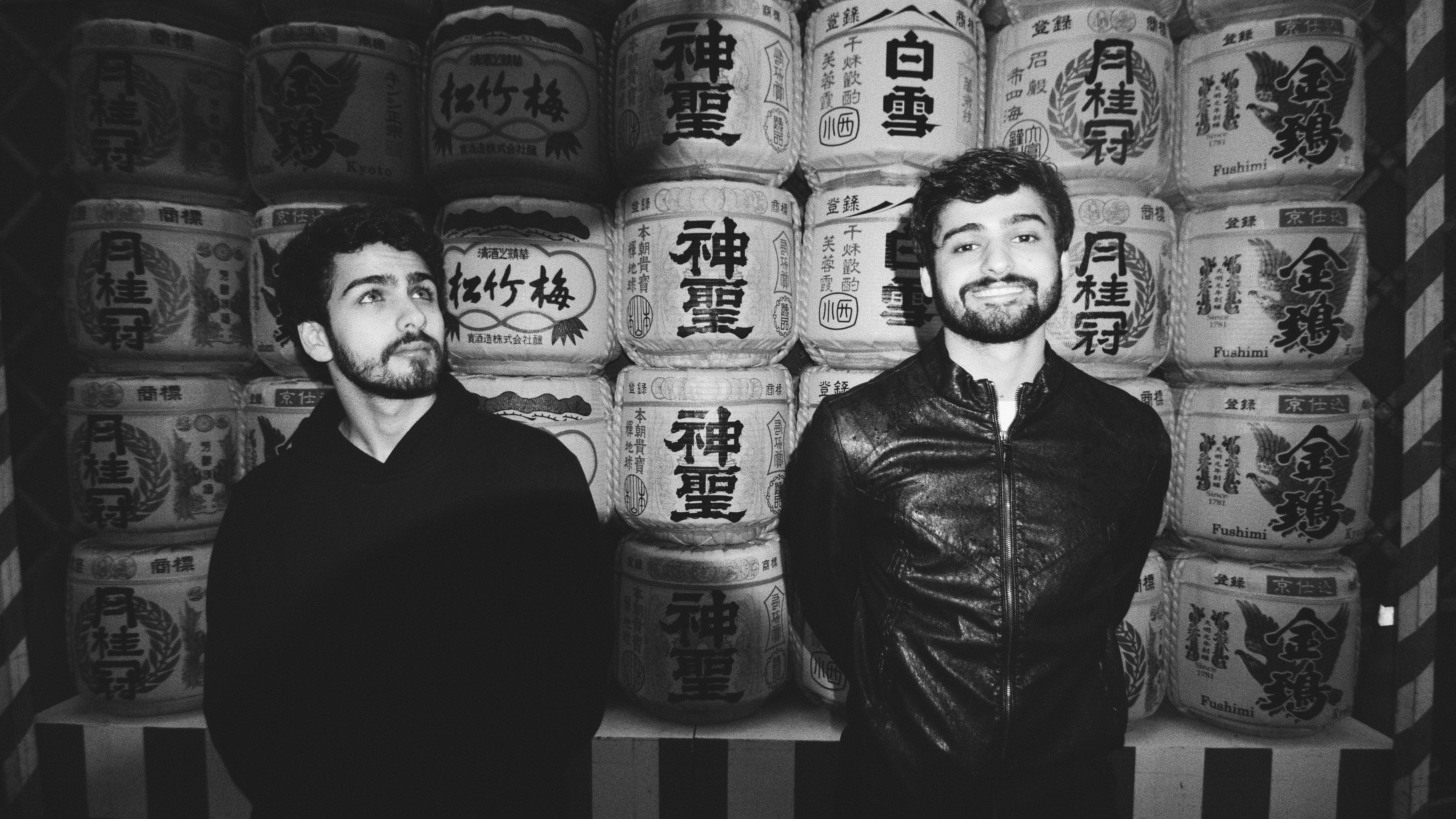 Coming all of the from Brazil, Cat Dealers have already made their mark on the dance community in the United States within a few short years. Their new single, “Gone Too Long” in collaboration with Joy Corporation and Bruno Martini dropped this January, and it has been owning the charts with over 3M plays to date. This accomplishment is no surprise based on the driving bass, catchy melodies, and overall groove that makes each Cat Dealers track an absolute banger.

Lugui and Pedrão, the duo behind Cat Dealers, have already been recognized for being among the highest tier of talent to stem from the Brazilian electronic music scene. To highlight only a few of the many successes from the past year, they opened for Shakira during her Brazil tour, earned a gold record for their track “Sunshine” which surpassed 120M streams, and were selected for Forbes Brazil ’30 under 30′ at the end of 2018.

With a new focus on an international landscape, the energy that has been maintained since their breakout remix of Tom Novy’s “Your Body” in 2016 has fueled their global achievements. Between musical transformations, worldwide tours, and a massive following, Cat Dealers do not plan on slowing down their road to success.

Read our full Q&A with Cat Dealers below where we talk more about their history, accomplishments, new single, upcoming performances, and more!

The Nocturnal Times: Tell us a little about how you got into producing and DJ’ing. When did you realize you wanted to take it to a professional level?

Cat Dealers: We started to get really get into DJ’ing back in 2012 and at the end of that year we became really interested by how the big names were producing their tracks. At the beginning of 2013 we started to learn how to produce and from the start we knew we wanted to take it to a professional level. We got so into it that we didn’t do anything besides producing haha.

The Nocturnal Times:It seems that your hard work has paid off, since you not only opened for Shakira at the end of 2018, but were also selected for the Forbes ‘30 under 30’ in Brazil! How have you managed touring and producing to ultimately earn these accomplishments?

Cat Dealers: It’s pretty complicated for us since we don’t like to produce on the headphones or in hotel rooms haha, but we manage the best we can. Normally we’ll come up with the initial idea of a track whilst on the road and then we’ll work hard to finish it when we have time in the studio. We actually built a new studio at home so we can save time, and we are always collaborating with others artists and producers, so this way we can manage our time better.

The Nocturnal Times: Your new release, “Gone Too Long” with Bruno Martini and Joy Corporation has climbed the charts in such a short time with over 2M streams already. What inspired you to create this track, and what was the process of collaboration like?

Cat Dealers: This is a track we’ve been looking forward to producing for a long time. The lyrics are from an old great deep house track that we love and we wanted to use it and create something with our own vibe. We first joined with Joy Corporation to make it, but when Bruno heard the first idea, he loved the track and joined, adding his touch on it. The result couldn’t be better in our opinion.

The Nocturnal Times: With that in mind, what can you tell us about the remixes for “Gone Too Long” by FTampa, MAZ, Evokings, and MorganJ, how did they come about?

Cat Dealers: We loved all the remixes! The cool thing about them is that all of the artists have such unique styles, completely different from each other, so we ended up with a really versatile remix pack. It was great to have such talented producers remixing the track.

The Nocturnal Times: You’ve successfully dominated the Brazilian electronic music scene, and your track “Sunshine” became a Gold Record in Brazil this year. How has the electronic music culture in Brazil affected your music and direction within the United States?

Cat Dealers: Electronic music is appreciated globally now and we tend to work mostly work with English lyrics. Of course every country has its own favored style within electronic music. In Brazil people love these kind of Deep House/ G-House sounds, and here in the US too! So it was pretty easy to insert the sound here, we didn’t need to adapt at all.

The Nocturnal Times: You’ve just performed at Attic in Orlando and on a Yacht Cruise in NYC. What were the best parts of your shows there and what are you looking forward to most for your next U.S. performances?

Cat Dealers: The show in Orlando was amazing. We have a HUGE Brazilian community over there that are always coming to our shows. The Brazilian community is strong all around the world, but in Orlando it’s impressive. The NYC show was also really nice, it was our first time in this epic city so we were really excited to play here and to do some sightseeing too. The venue was pretty dope! We are now looking forward to visiting other cities in the US and spreading our music in this amazing country!

The Nocturnal Times: This is the first year that you’ll be performing at S2O Music Festival in Bangkok, taking place this April. What about this festival or Bangkok in general stands out to you?

Cat Dealers: We are super excited to be performing at S2O because it will be our first time ever in Thailand and we’ve heard such great things about the festival! Going to Thailand and being able to experience the country is a dream in itself, but playing at such an amazing and unique festival is even better haha, so we can’t wait to get there!

The Nocturnal Times: What are you most looking forward to about performing at the festival and are there any songs we should look out for during your set?

Cat Dealers: This is one of the biggest festivals in the world, so we are really excited to experience it live! We have so many new unreleased tracks that we are planning on playing there. We’ve also got many other tracks that are almost finished, so we hope they’ll be ready in time for the festival. For those attending, look out for our upcoming song ‘Apache’!

The Nocturnal Times: How do you think your sets at festivals differ from a club show? Which one do you prefer?

Cat Dealers: They are completely different from each other, but we love both! We don’t prefer any one in particular because both have their own vibe. Clubs are more personal because you are closer to the crowd and interacting with them. We tailor them to make our clubs sets different from festival mixes as the sound and overall vibe are very different. Festivals are of course bigger and there are thousands of people in the crowd, so there’s a lot more energy. We love both of them equally and for very different reasons

The Nocturnal Times: What is your goal for 2019 as Cat Dealers? What can fans expect to look out for in the coming months?

Cat Dealers: We are really excited with how our international career is progressing. This year, about 25% of our shows will be outside of Brazil, so that’s something really big for us. It’s a new step in our lives and we’re excited to do more traveling, however, we do also love doing shows in Brazil to our beautiful fans here!