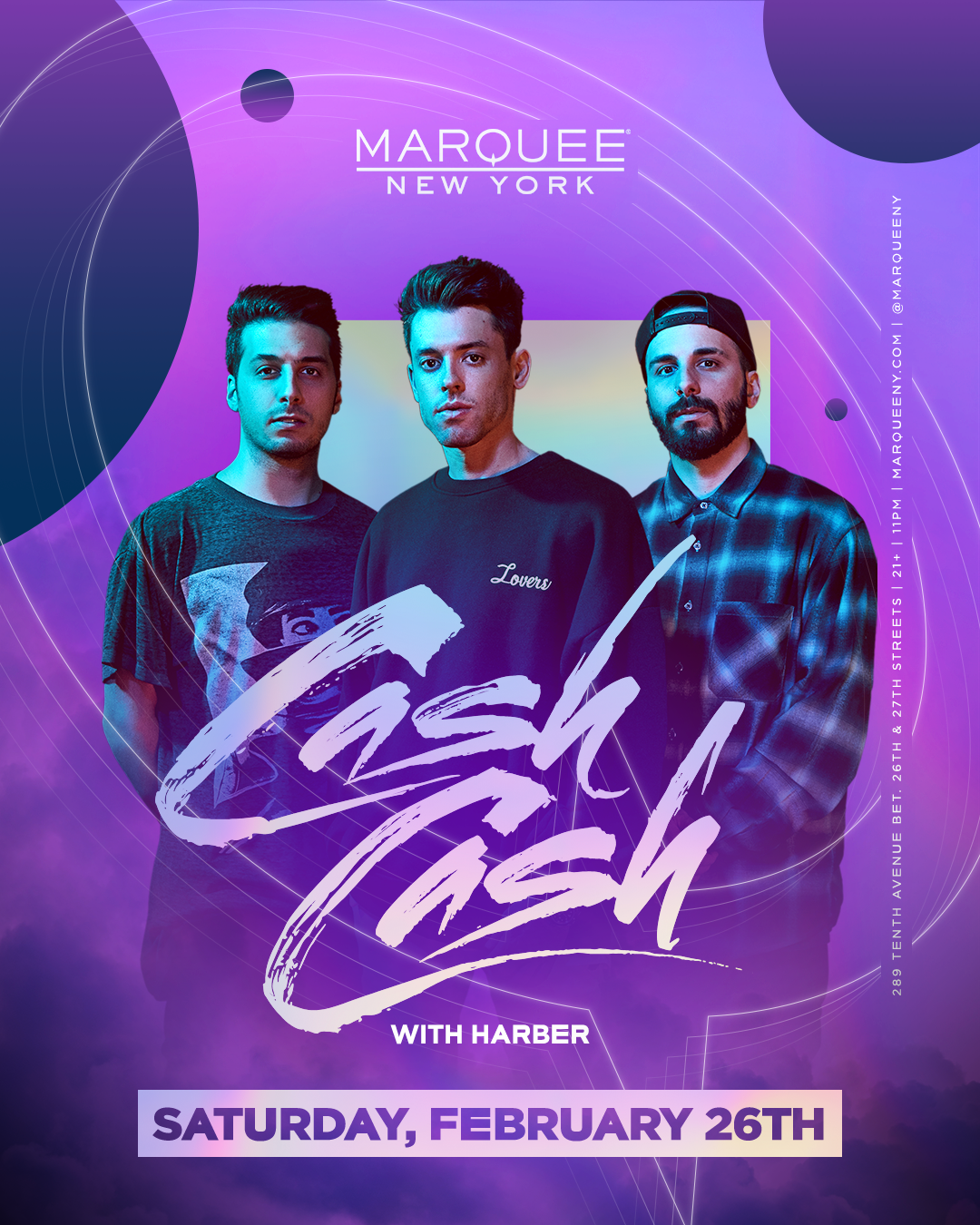 This weekend, Cash Cash is joined by HARBER as they take over the acclaimed Marquee New York. On Saturday, February 26, the Manhattan hotspot will be serenaded by the sounds of famed electronic trio Cash Cash and breakout DJ & producer HARBER. Join us on the dance floor and grab your tickets for this must-attend event HERE.

HARBER has been dominating the dance music circuit. Seeing major success from his 2021 single “Feelings After Dark” with Michael Calfan ft. NISHA on Musical Freedom, HARBER supported Tiësto this past Halloween at a sold-out Brooklyn Hangar event, while Tiësto continued to support HARBER’s massive tune on his label. HARBER went on to sign a multi-single deal with Spinnin’ Records, and has already performed at Electric Zoo NY’s main stage, headlined notable venues such as Lavo NY, Mercury Lounge, Schimanski, Nebula, Slate, Uptown Social CHS, Above it All at the DL, and performed at Webster Hall, Echostage DC, The Brooklyn Mirage, Avant Gardner, Harbor Nightclub, Miami Music Week, and many others. Hear some of HARBER’s original music and his official remix for the GRAMMY Award-nominated “Hero” by Afrojack & David Guetta, below.

Cityfox Live Returns To Brooklyn This Weekend With Impressive Lineup