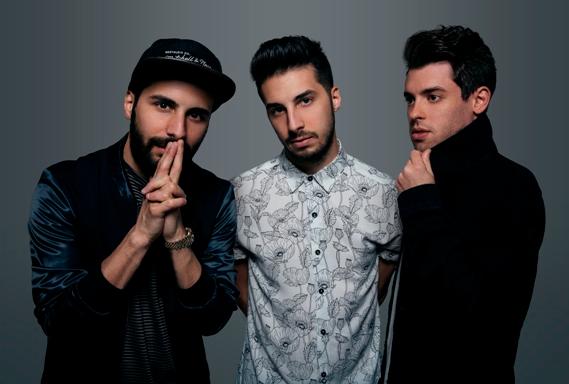 Cash Cash is embarking on their own headlining tour starting Oct. 1st at Marquee Las Vegas

Electronic DJ and production trio, Cash Cash, has announced the Must Be The Money Tour, presented by Monster Energy and Outbreak. From East to West, the tour stops in New York, Los Angeles, Washington D.C., Miami, and more.

Hailing from New Jersey, Cash Cash, released their studio album, Blood, Sweat & 3 Years, through Big Beat Records, to massive critical acclaim. The album reached the #1 spot on the iTunes Dance Chart during its opening week. Group members Jean-Paul Makhlouf, Alex Makhlouf, and Sam Frisch, the famed EDM trio has been heating up the electronic circuit over the last few years, which includes their popular single releases.

Most recently, the guys released their latest single, “Millionaire,” feat. Nelly, which has already been dominating Top 40 radio, following their massive imprint across the airwaves and dance floors throughout the world.

Cash Cash has been a vital part of the EDM crossover with their popular productions “Take Me Home” feat. Bebe Rexha, “Surrender,” “Untouchable” with Tritonal, “Lightning” feat. John Rzeznik, and “How To Love” feat. Sofia Reyes.

As of late, the guys were called upon for remixing duties on the latest Britney Spears comeback single, “Make Me…” feat. G-Eazy.

About the tour, Cash Cash reveals, “We’re gonna be so hyper from all the Monster Energy we guzzle on this tour that you can definitely expect something wild to go down. We also can’t wait for everyone to hear all the fresh stuff we do live with new songs off our album ‘Blood, Sweat & 3 Years.’ Come feel like a MILLIONAIRE with us and let’s make some life long memories on the ‘Must Be The Money Tour’ this fall!”

Must Be The Money Tour kicks off on Oct. 1st at Marquee Nightclub at the Cosmopolitan of Las Vegas and stops at Premier Nightclub in Atlantic City (10/22), Henry Fonda Theatre in Los Angeles (11/12), Space Ibiza NY (11/25), LIV in Miami (12/8), Echostage in Washington D.C. (12/10), and many more. A full list of Monster Energy & Outbreak Presents: Cash Cash Must Be The Money Tour can be viewed below.