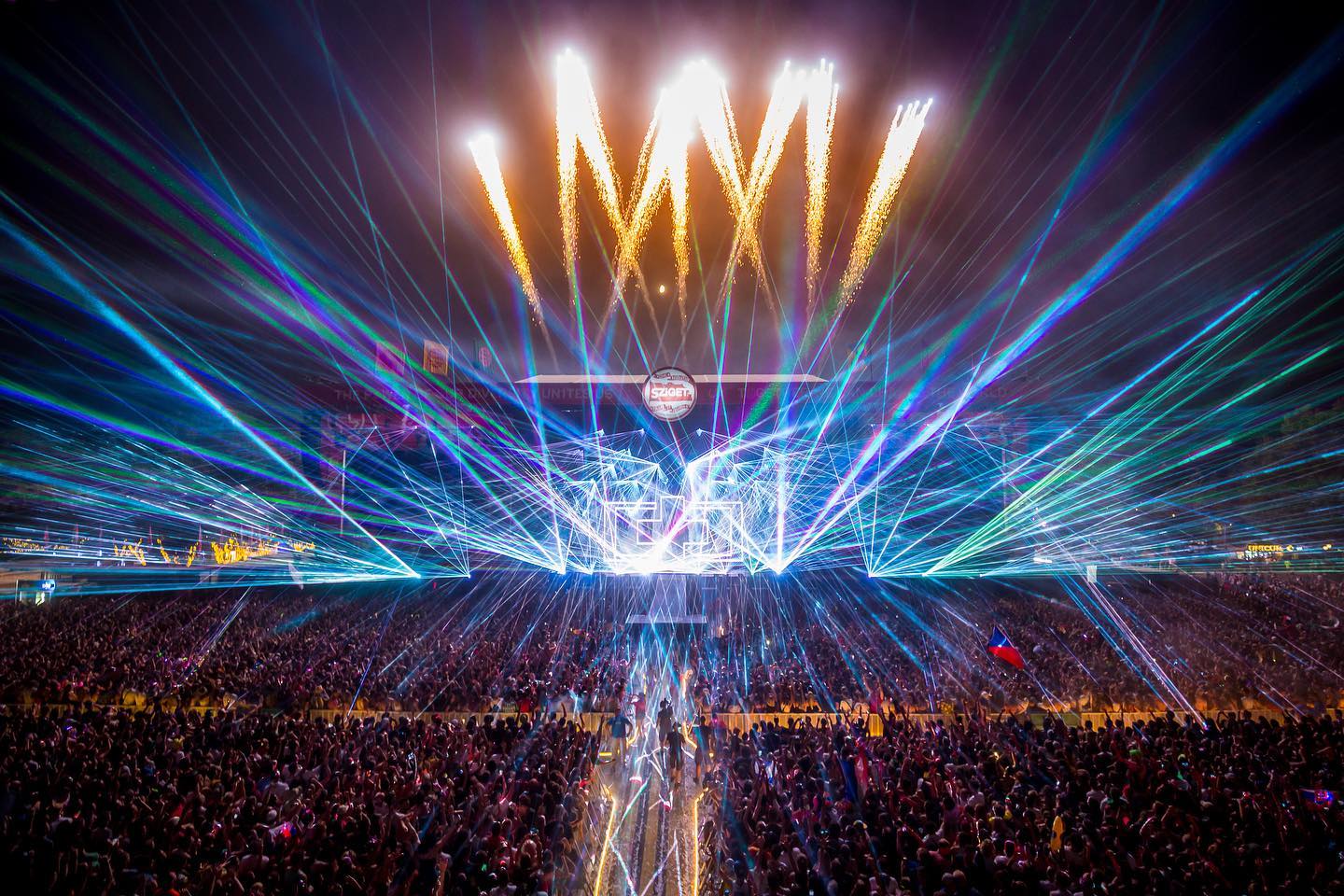 After a two year hiatus, one of Hungary’s biggest music and arts events, Sziget festival, is back and bigger than ever! Taking place in the country’s capital, the 6-day camping festival will take place in Óbudai-sziget, a leafy 108-hectare island on the Danube in Budapest from Wednesday, August 10th – Monday, August 16th. Single day tickets, multi-day tickets, VIP tickets and 6-day festival tickets can be purchased here. Get yours before they sell out here.

Sziget Festival will host numerous performances across more than a dozen stages on the Island of Freedom, the small isle on the Danube River where Sziget has been held since 1993. Headliners for the 6-day festival include Justin Bieber, Kings of Leon, Dua Lipa, Tame Impala, Calvin Harris and Arctic Monkeys.  In addition to the headliners, festival goers can expect performances across all genres from the likes of RÜFÜS DU SOL, Nina Kravis, Bastille, NGTMRE, Seth Troxler, Yung Lean, FKJ, Stromae, Lewis Capaldi, Alan Walker, Steve Aoki, Anne Marie, Honey Dijon, Sam Fender, Bob Moses, Claptone, TOKiMONSTA, and many more.

In addition to the epic lineup, Sziget will host 4 boat parties during the 6 day of the festival, on Friday 8/12 – Monday 8/15. Dutch event and festival company Vunzige Deuntjes will host their day party on Friday, 8/12. On Saturday, you can expect headlining performance by GLOWAL, Sunday, Dutch DJ/Producer BlasterJaxx will take over and lastly on Monday, Eelke Kleijn will take over! The boat parties will be held from 11am-5pm each day. General Admission and VIP tickets can be purchased here.

Not only can festival goers attend the 6 day festival and day party on a boat  but Sziget Festival has also added yet another amazing addition to their festival this year. On Thursday, August 11th and Friday, August 12th, festival goers and party people across Budapest can step into the Halaszbastya restaurant in the Buda Castle, the historical castle and palace complex of the Hungarian Kings in Budapest for two days of parties. The two day castle parties take place from 3pm-10pm daily. General admission and VIP tickets can be purchased here.

Sziget Festival is very convenient to get to and festival-goers can access the island by boat, car or by foot. However, one of the easiest ways to get to the island would be by the public transportation of the HÉV, the railway.  For accommodations, attendees can camp for free on the festival grounds with a 6-day pass, 3 day pass or day tickets when purchased for at least two consecutive days. Camping zones can be found throughout the entire island meaning partygoers can camp basically anywhere except around the program venue and the upgraded camping areas. The festival also offers pre-pitched tents, cabins, and partnered hotels. For more information on accommodation options, you can visit the official festival website.