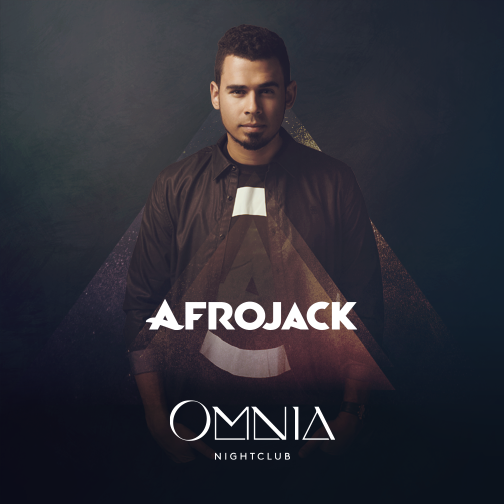 Seeing its first EDC Week since first opening its doors earlier this year, Omnia Nightclub at Caesars Palace has set out to change the dance music scene in Las Vegas—and has thus far succeeded at doing so. The space—which is operated by Hakkasan Group—enraptures attendees in its innovation design, spacious layout, and sprawling sound system.

Nick van de Wall—better known to fans as Afrojack—will take his place behind the booth at Omnia on Saturday, June 20 for an EDC Week showcase. D-Wayne will join Nick at the intricate new space.

Afrojack has produced notable tracks such as the radio-smash “Take Over Control” with Eva Simons, “No Beef” with Steve Aoki featuring Miss Palmer, “Can’t Stop Me” with Shermanology, “Turn Up The Speakers” with Martin Garrix, and “The Way We See The World” with Dimitri Vegas & Like Mike and Nervo, and more.

Tickets for Afrojack with D-Wayne at Omnia Nightclub at Caesars Palace Las Vegas on Saturday, June 20, are available here.