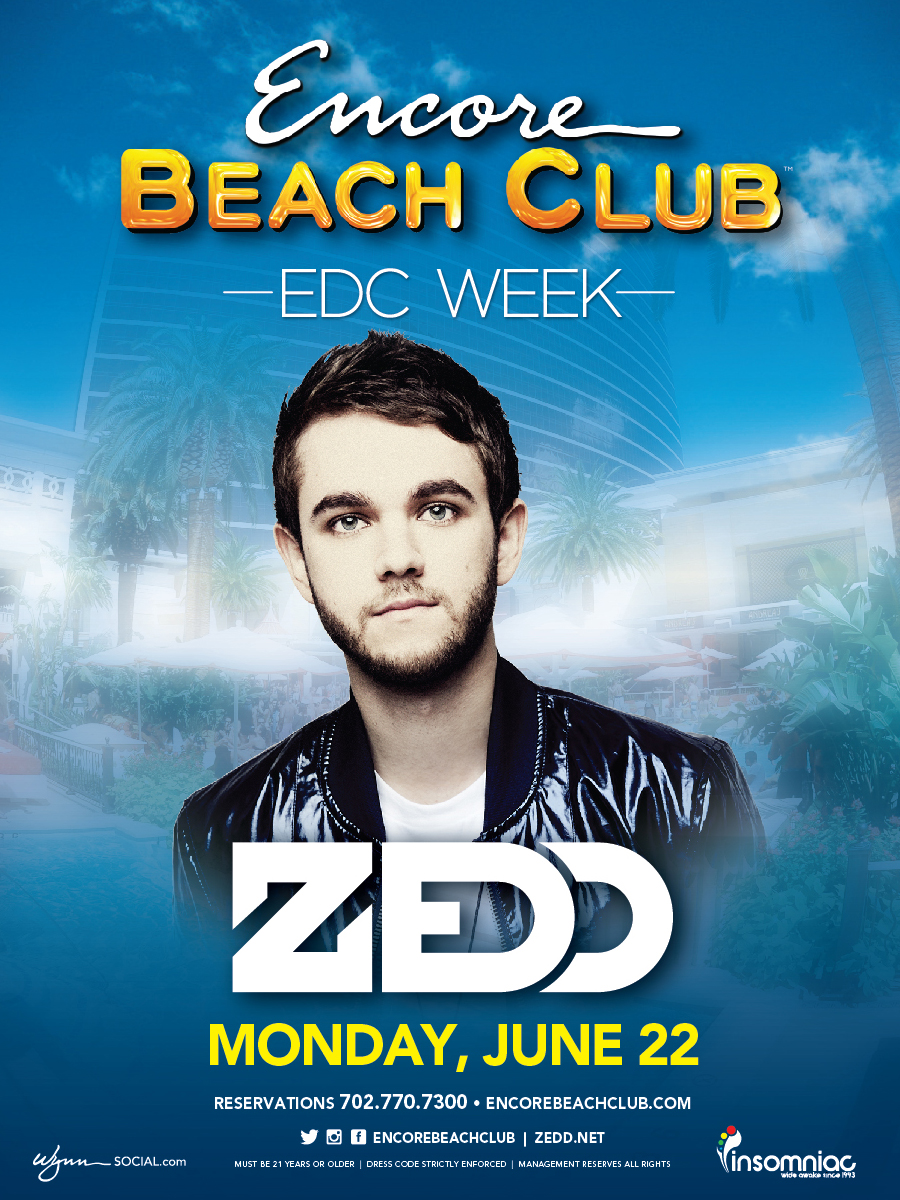 The musician released his latest full-length studio album “True Colors” on Interscope Records in May. Truly showcasing his musical diversity and broad range of capability, “True Colors” takes listeners on a journey from start to finish. The follow-up to his 2012 “Clarity” album includes the popular radio-smash “I Want You To Know” featuring Selena Gomez, “Addicted To A Memory” featuring Bahari, and his latest single, “Beautiful Now” featuring Jon Bellion. Additionally, Zedd’s latest album includes collaborations with Botnek and features vocals from Echosmith, Troye Sivan, Logic, and X Ambassadors.

The Wynn Las Vegas is slated to bring an all-star DJ roster to their event spaces (Encore Beach Club, XS, Surrender, Tryst) for daytime and nighttime parties throughout the course of the week.

Tickets for Zedd at Encore Beach Club on Monday, June 22, are available here.

Zedd will also provide an EDC Week showcase at XS Nightclub for the venue’s Nightswim series. Tickets for XS Nightswim with Zedd on Sunday, June 21 are available here.