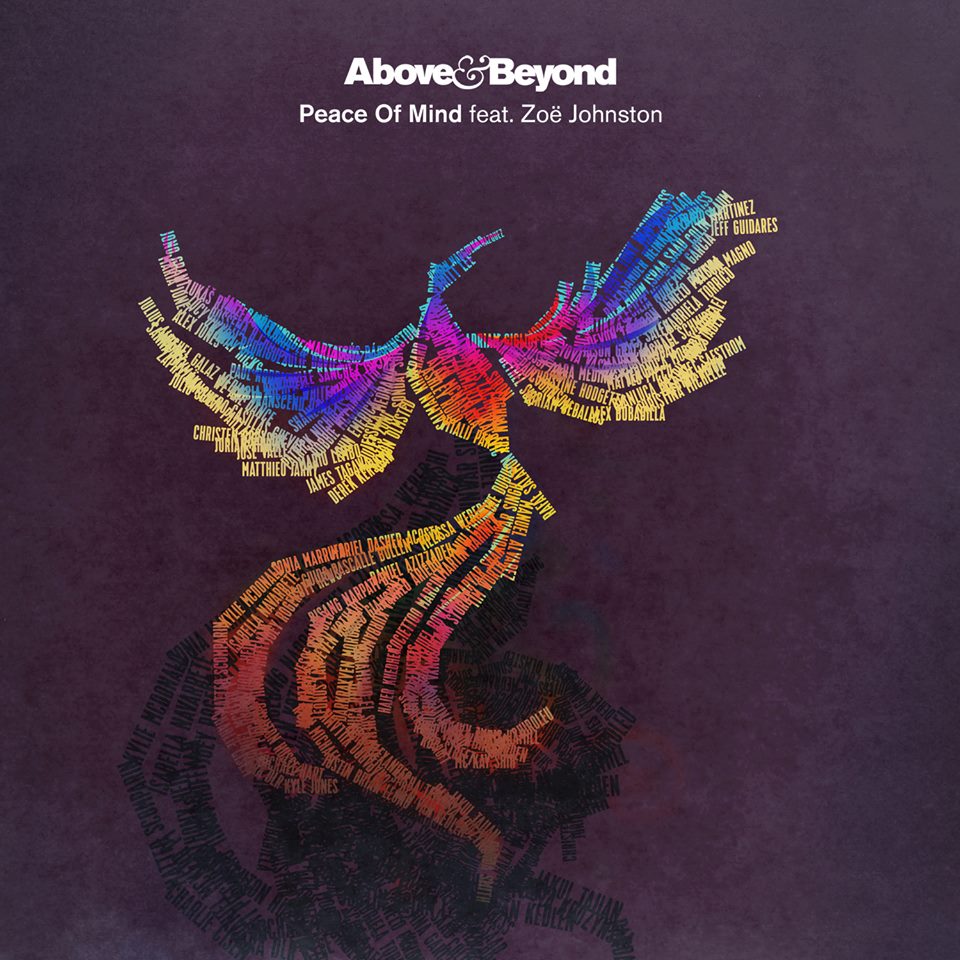 Famed Anjunabeats trio Above & Beyond are set to release the fifth single from their wildly successful studio album “We Are All We Need.” The uplifting melodies and euphoric vibes, which so eloquently accompany Zoe Johnston’s unique voice, make “Peace Of Mind” one of the most heartfelt creations found on “We Are All We Need.”

The group has announced through their social media that a “Peace Of Mind” remix EP will also be announced soon. Meanwhile, watch the newly unveiled official music video for “Peace Of Mind.”

Above & Beyond has recently announced plans to embark on a live show at the Allphones Arena in Sydney, Australia to celebrate the 150th episode of their Group Therapy radio show. #ABGT150 follows the majorly successful sold-out #ABGT100 event at NYC’s Madison Square Garden last October. First debuting “Peace Of Mind” during their #ABGT100 showcase at The Garden, it was an instant classic, winning over the hearts and minds of those in attendance and listening around the world.

We Are All We Need is available on iTunes.