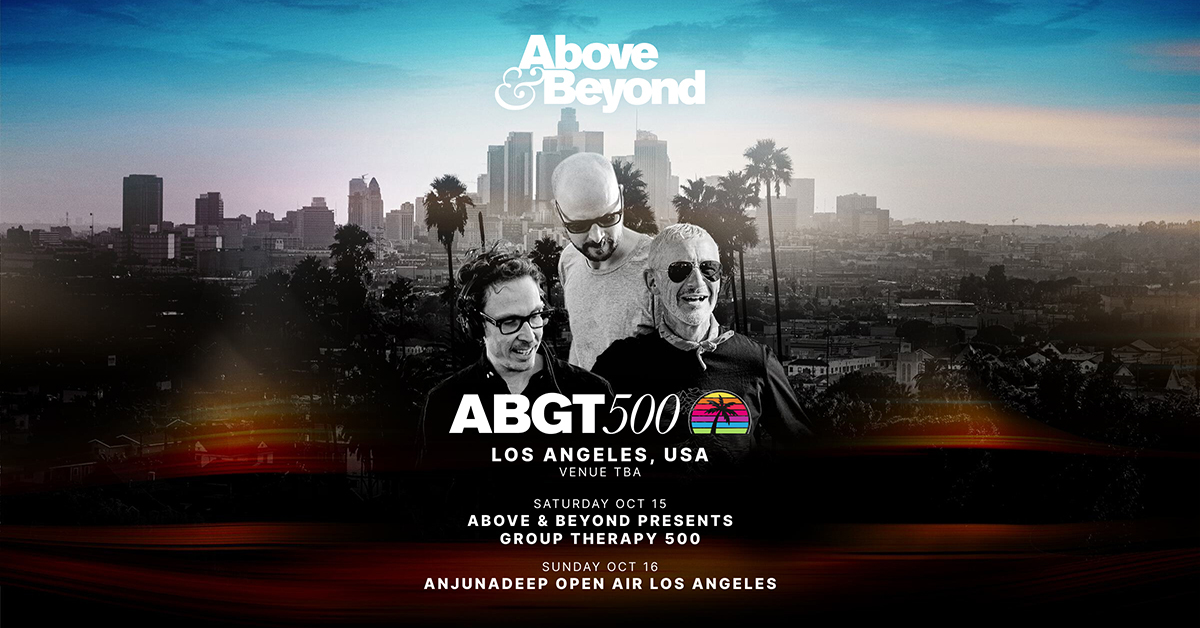 Above & Beyond, or Jono, Tony, and Paavo as they are better known to their legions of fans around the world have been at the forefront of electronic dance music for two decades. Over these past decades they cemented their status as one of electronic music’s most popular acts. So it is exciting to see that their upcoming Group Therapy Radio 500 (ABGT500) celebration on October 15 at Banc of California Stadium in Los Angeles has sold out in a mere 24 hours from on sale.

The main celebration takes place Saturday, October 15, with two Above & Beyond sets and a handpicked lineup of electronic music’s most exciting names. On Sunday, October 16, Anjunadeep will present a day-long showcase of the latest in melodic house and electronica. The lineup for both shows will be announced in the coming months.

Above & Beyond and Los Angeles have a deep connection. Over the past decade, the band has sold out venues including The Hollywood Bowl, The Greek Theatre, the LA Convention Center, The Forum, The Shrine Auditorium, and Hollywood Palladium. In 2018, tens of thousands of revelers joined Above & Beyond on Huntington Beach for their Anjunabeach SoCal event.

A limited number of destination packages which include floor tickets to ABGT500 are still available. Some tickets also remain for Anjunadeep Open Air Los Angeles. Visit ABGT500.live for details and more information.