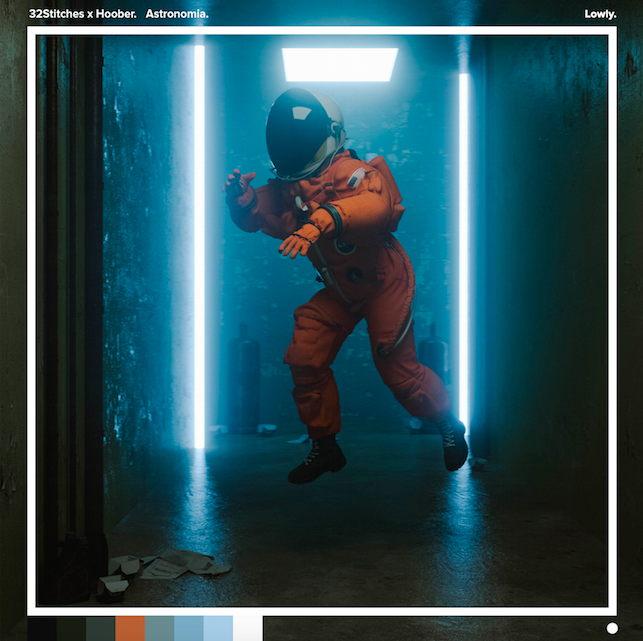 A commanding force to be reckoned with, “Astronomia” is the brand-new revelation from 32Stitches and Hoober, out via Trap Nation’s imprint Lowly, and The Nocturnal Times is here with an exclusive premiere of the rendition of Tony Igy and Vicetone’s original intergalactic explosion of a record.

32Stitches continues to explore the endless possibilities of music production. The young and ambitious producer shows no sign of restriction when it comes to creating music in his own style. While both his worldwide following and the industry’s list of admirers continue to grow, 32Stitches keeps his focus on the studio. 2019 has seen the release of six stellar releases including “Astronomia,” “Horror Show,” “Olympus,” “Are We There Yet,” “Need You,” and “Heroes.”

An intricate and high-energy take on the inception track, 32Stitches and Hoober weave melodious tones alongside a complexion of intense sound design and moving rhythms to create one cohesive piece of annihilating proportions. Laced with a delicate intro, airy synths sit beside ethereal vibes that lead softly into a monsoon of a drop that “Astronomia” is well-known and loved for. Fusing together both of their prominent sounds, 32Stitches and Hoober have scored a 10/10 on delivering a slamming version of this timeless arrangement.

Originally from Italy, 20-year-old Hoober had his debut track “Do It Again” with French producer Airmow and American singer/songwriter Christian Kuria released on the highly-respected label and Youtube channel Trap Nation. This year, Hoober revealed 11 new songs including “Feel,” “All Star,” “Thanam,” “Last Night,” “Begin Again,” and more. Additionally, his Spinnin’ Records debut took place this past October in conjunction with KSHMR’s Dharma Worldwide imprint. As we near the end of 2019, Hoober is one artist showing promising signs of adventurous things to come.