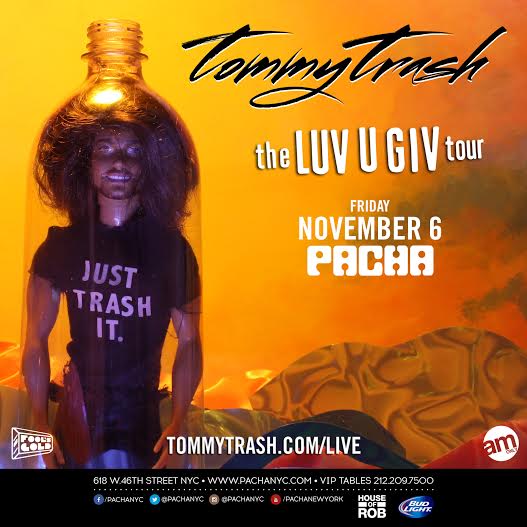 Electronic dance music (EDM) fans rejoice: Tommy Trash is heading back to New York this weekend for his The Luv U Giv Tour.

This year, Tommy released his latest production “About U” with BURNS on Spinnin’ Records.

The Nocturnal Times is giving away a pair of VIP tickets to one lucky fan who has a chance to join DJ/producer Tommy Trash at Pacha NYC on Fri., Nov. 6. Entry is easy; just follow the simple steps below!

Win 2 VIP Tickets For Tommy Trash at Pacha NYC on Fri., Nov. 6 From The Nocturnal Times:

Tickets for Tommy Trash at Pacha NYC on Fri., Nov. 6 are available HERE.