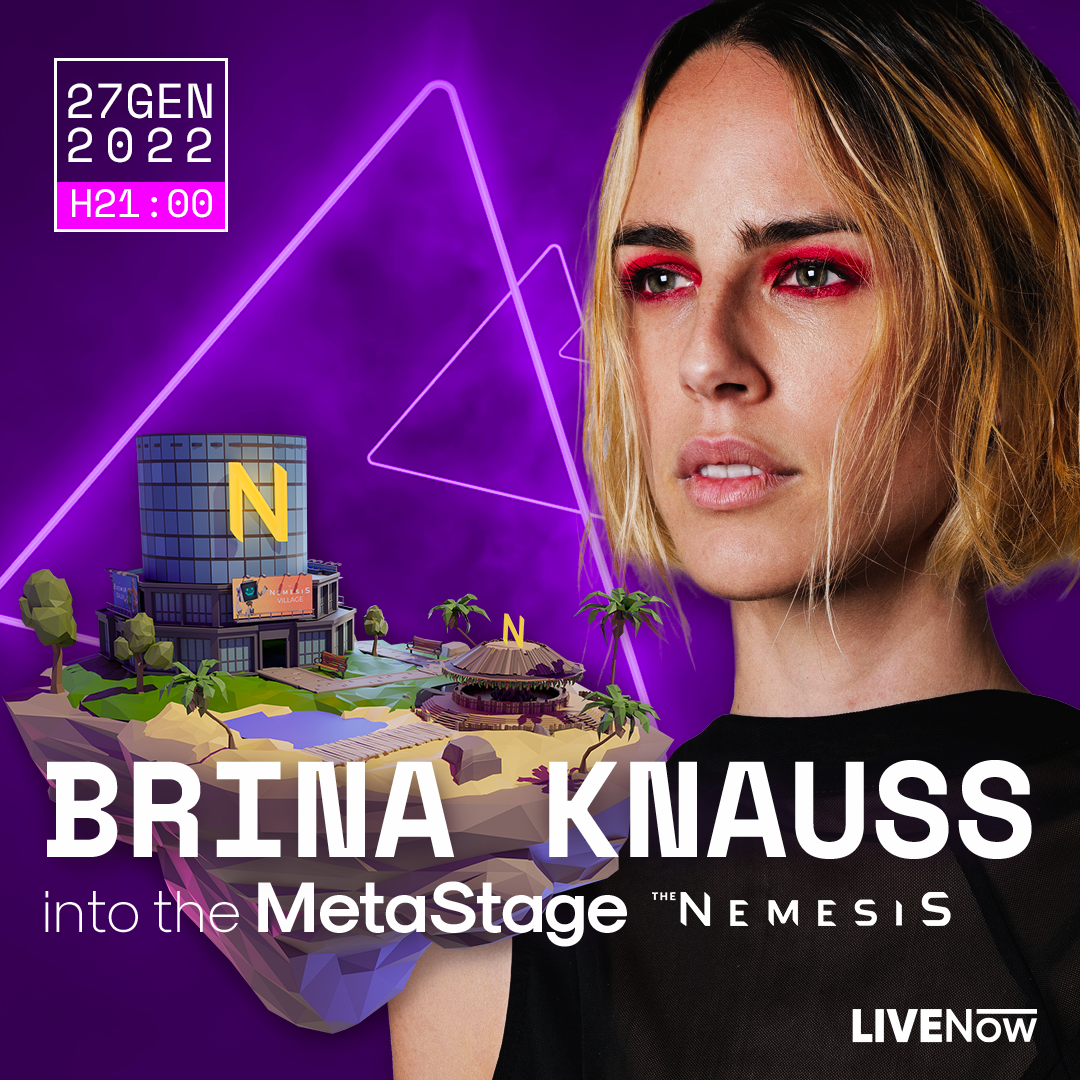 In just seven years, Slovenian beat selector Brina Knauss has achieved widespread notoriety and respect for her DJ skills, with influential figures such as Damian Lazarus and Luciano, as well as her growing fanbase. This Thursday, January 27, you can catch Brina Knauss in the mix on LIVENow as she showcases her tastemaking abilities with her very own Metaverse live stream event.

As a true tastemaker who’s classically trained, Brina has an exceptionally refined ear for key, chords and melodies, giving her sets full of emotional depth and transcendent atmospherics. On the road nonstop since 2016, she has notched up a staggering number of gigs across Europe and across the world, playing alongside some of the scene’s best-known DJs; performing at high-profile events such as Rumors, Vagabundos and Get Lost. Still in the early stages of her DJ career, Brina Knauss is an accomplished music selector, whose scintillating sets have catapulted her into the limelight as an extremely hardworking, positive talent that injects soul, emotion and professionalism into every performance- leaving the dance floor with unforgettable experiences.

After joining the band B.B.T in her early adult life, Brina moved to Milan to embark on a modeling career, with music always in the background as her true calling. Taking a huge risk, she quit modeling in 2012 to pursue the industry further, knowing well that women are still often judged on their looks and worked twice as hard to prove her worth ultimately, capturing the attention of Luciano. In 2018 he invited her to play his Vagabundos parties in Bucharest, Madrid and Barcelona, subsequently spending the summer season in and out of Ibiza. On the White Island she was booked to play the highly respected parties of Woomoon, Elrow, and Storytellers, where she played alongside Ricardo Villaolobos and Damian Lazarus. The Crosstown Rebels boss is renowned for discovering and nurturing amazing talent, as her sets caught Damian’s attention and brought her along to play at his party in Berlin, at Watergate. Since then she has built a strong relationship with the influential label, with her debut release, ‘Sledi Toku’, on sub-label Rebellion dropping in early 2019. The track featured Brina’s own vocals showcasing her ability to translate her unique ear to the studio.

Elsewhere, she has travelled all over Europe and further afield, sharing the bill with the scene’s top tier artists including Carl Cox, Solomun, Dubfire, Black Coffee and many more. On the road, Brina has appeared in London, Beirut, Tulum, Miami, Berlin and Paris, touring Colombia and hitting South Africa for Rage Festival, with further festival bookings including Audioriver in Poland, OFFSonar in Barcelona and Tomorrowland in Belgium. These appearances have given Brina an opportunity to translate her vibrant sound to the big stage, with great success. Back in Milan she is resident at Volt Club, where she has been making regular appearances since 2018.

Brina also hosts a regular show on Italian electronic music broadcaster Radio m2o, where she has been a member of the team since April 2019  as hosts the only show that showcases soulful, melodic techno. She also graced the cover of DJ Mag Italia in July 2018, with a full-length interview inside the magazine and she has been nominated twice at the highly-regarded DJ Awards: as ‘Best Newcomer’ in 2018 and ‘Breakthrough Artist’ in 2019.

At every step of the way Brina brings positive energy to the dance floor, merging her classical training with dynamic mixing and intuitive, emotionally intelligent transitions. An accomplished, determined and exceptional artist, Brina Knauss is brimming with potential, guided by some of the scene’s most influential figures and aiming for the top with an open heart and mind…