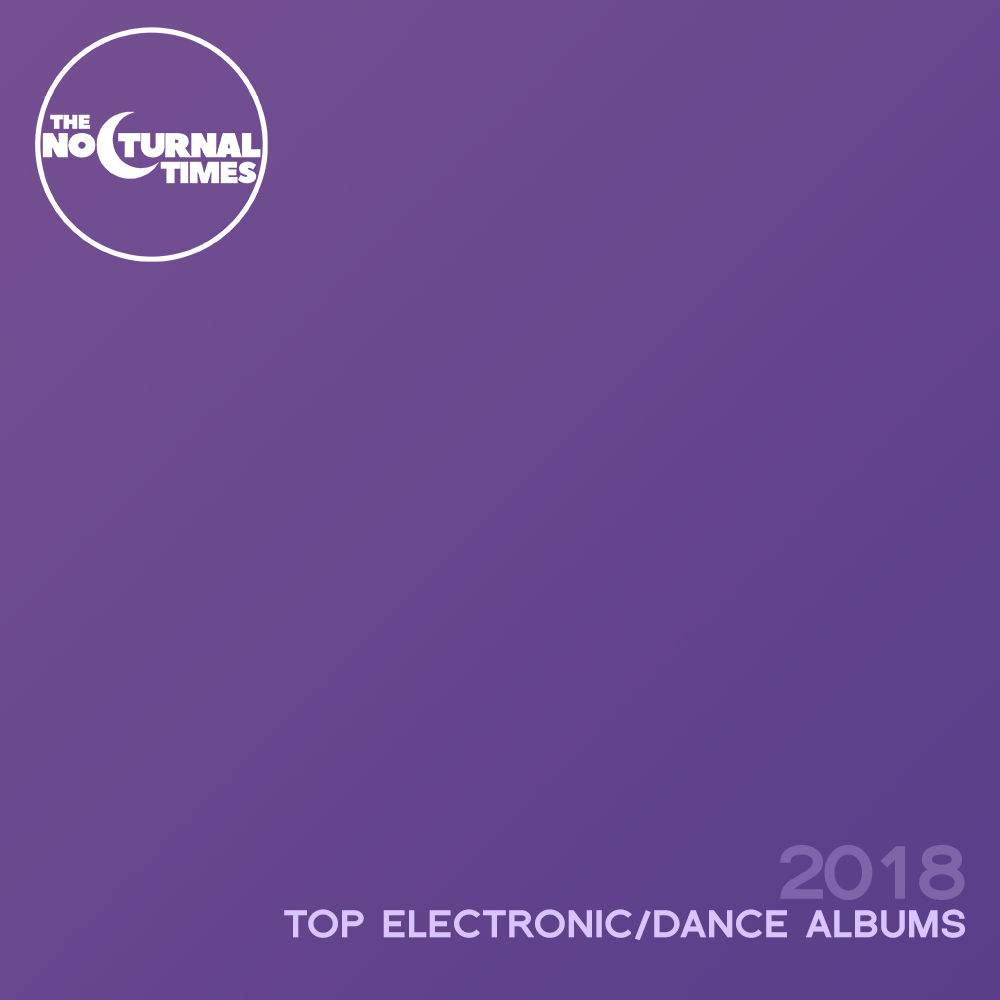 What a year for new music 2018 has been. With hundreds of electronic/dance music albums — and thousands of others across a plethora of musical genres — it’s especially difficult to choose the very best albums of the year. A continuous work-in-progress, The Nocturnal Times Top Electronic/Dance Albums of 2018 is not something we take lightly. Upon much contemplation, heavy consideration, extensive thought, and lots of dancing — we’ve narrowed down our favorite albums of the year, along with those LPs worthy of honorable mention, below.

As one of the year’s best works, San Holo released his beautiful debut album1 through his own bitbird imprint. There’s no surprise the album garnered mass critical acclaim and is a favorite among dance music enthusiasts alike. RL Grime’s Nova, which was released through WeDidIt Records, includes a slew of noteworthy features and possesses quality productions, track-after-track. Trance titans, Above & Beyond, released their breathtaking Common Ground album, which can also be heard in a 50 Cent Maybach near you. With singles like “Northern Soul,” “My Own Hymn,” “Happiness Amplified,” and “Always,” along with features from Richard Bedford, Zoe Johnston, and Justine Suissa, it’s no wonder that with their dedicated Group Therapy fanbase, A&B and Anjunabeats are trance family favorites.

We received a mystifyingly haunting sophomore album from REZZ, in which she explores the witchy depths of her maniacal sounds. Certain Kind of Magic was released via mau5trap and featured sorcerous collaborations beside 1788-L, Deathpact, Kotek, 13, and Fytch to satisfy all your dark and hypnotic needs. Awake landed as another female-powered collective from Australian sweetheart Alison Wonderland. Easily one of the most emotive and compelling releases of the year, Awake is bursting at the seams with raw honesty, innermost feelings, and rushing bass. Sofi Tukker had quite a year with their Treehouse album — and touring the world in the process. From “Best Friend” and “Batshit”, to “Energia” and “Baby I’m A Queen,” Sofi Tukker’s Ultra Records LP is undoubtedly one of the year’s best — and even earned the duo a GRAMMY Award nomination for Best Electronic Album.

Strong atop the ladder of electronic dance music, Jauz further cemented his place with the release of The Wise and The Wicked. Featuring 23 jaw-dropping tracks, The Wise and The Wicked is not only Jauz’s biggest career project thus far, but has gone above and beyond to succeed as his most legendary body of work to date. Tackling 2018 like it’s nobody’s business, dance music gem Jonas Blue exceeded fan’s expectations by a longshot with his debut BLUE album. With artists across the board from Joe Jonas, to Kaskade, to Jessie Reyez, to Nina Nesbitt, to Moelogo, and so many more, BLUE is thriving as Jonas’ most multifarious masterpiece to date. Claptone unveiled his Fantast album, which is as much of a testament to his finely tuned production talent as it is to his ability to forever impress the scene with infinitely adventurous journeys through sound, time, and space. Created with pure sonic flow, its percussive driven aura fuses with piano melodies and piercing vocals by featured artists like Katie Stelmanis, Ben Duffy, Matt Simons, and more, ultimately leaving listeners with an everlasting symphony of Claptone.

Top Electronic/Dance Albums of 2018 by The Nocturnal Times

Above & Beyond – Common Ground [Anjunabeats]


What So Not – Not All The Beautiful Things [Counter Records]


Jauz – The Wise and The Wicked [Bite This!]


Markus Schulz – We Are The Light [Black Hole Recordings]


A massive year for music, aside from electronic and dance, albums such as Scorpion by Drake, Sweetener by Ariana Grande, Man Of The Woods by Justin Timberlake, Sound Glory Prep by Jon Bellion, Beerbongs & Bentleys by Post Malone, Invasion of Privacy by Cardi B, and many more. Below are the electronic/dance albums from 2018 that are deserving of honorable mention.

Clean Bandit – What is Love

The Gorillaz – The Now Now

Moby – Everything Was Beautiful, and Nothing Hurt

Andrew Bayer – In My Past Life

Matoma – One In A Million

The Prodigy – No Tourists

Richard Durand – The Air We Breathe

Related Topics:2018albumsLPmusictop albums
Up Next

Top Electronic/Dance Songs of 2018 by The Nocturnal Times