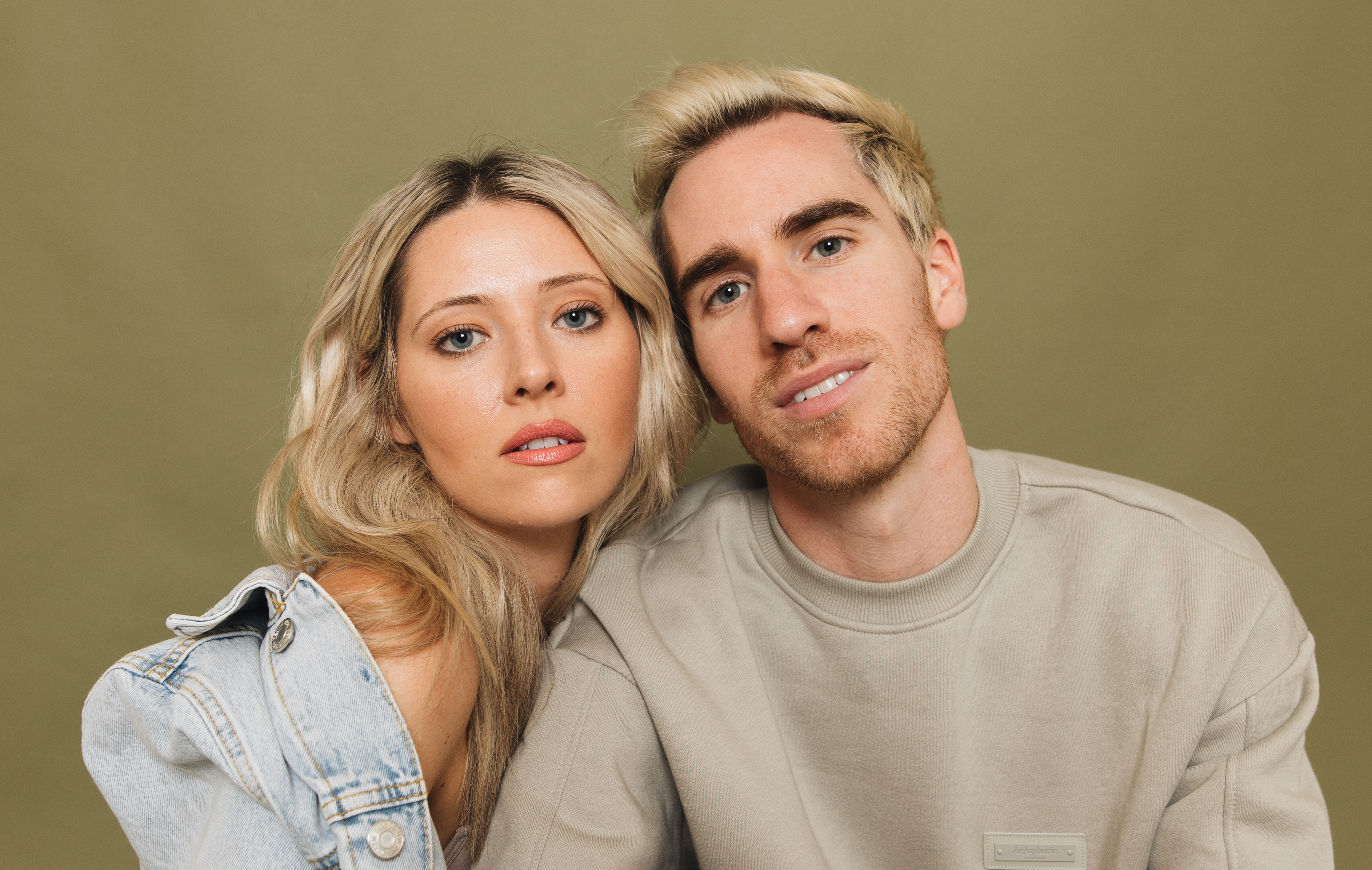 The Two Fake Blondes emerge from Out Of The Darkness with the debut of their first-ever studio album. Released independently today, Friday, October 22, the husband and wife producer/DJ/live performer/songwriting duo have been making waves within the dance music realm — and their new Out Of The Darkness LP is a testament to all of their hard work, passion, and dedication truly paying off.

Breaking onto the scene in 2019, The Two Fake Blondes’ first singles, “If You Really Love Me” and “Body,” quickly allotted over 130,000 streams and found praise everywhere from Your EDM to The Nocturnal Times for an “intoxicating, danceable” sound. The following release “Lifeline” was a cathartic vocal house cut in support of National Suicide Prevention Month that premiered on Sirius XM’s Day Life.

Their subsequent single “Good 4 U” received rotation from Billboard dance charting station KNHC C89.5 and was praised by Dancing Astronaut for its “overwhelmingly danceable” vibes. Across their catalogue, they’ve been supported by Don Diablo, Steve Aoki, and Ultra Music Festival, while releasing music everywhere from Hexagon/Bring The Kingdom to Black Hole Recordings/Gameroom Records. They’ve also begun to carve out a space within the live circuit as they made their Disco Donnie debut with Bear Grillz in Nashville in September of 2021.

Hannah has experienced great success throughout her music career, opening for the likes of Kenny Chensey and Darius Rucker to playing major venues like The Ryman and Waldorf Astoria NYC. Petey Mac has been producing and writing house music that’s landed on Spotify’s Mint, Housewerk, and Dance Rising editorial playlists as well as finding worldwide DJ support from the likes of The Aston Shuffle, Triple J Radio, and Daddy’s Groove.

Be sure to follow along on The Nocturnal Times’ Instagram on Friday, Oct. 22 as Petey and Hannah (The Two Fake Blondes) provide our followers with an IG Takeover to celebrate the highly anticipated release of their debut album, Out Of The Darkness. Follow us on Instagram HERE.

“We hope that when people hear this album it releases any fear that is holding them back and gives them the confidence to walk into their purpose and hold on to hope tight with both hands. That is what this album has been for us.” – The Two Fake Blondes

Listen to The Two Fake Blondes Out Of The Darkness LP, here: