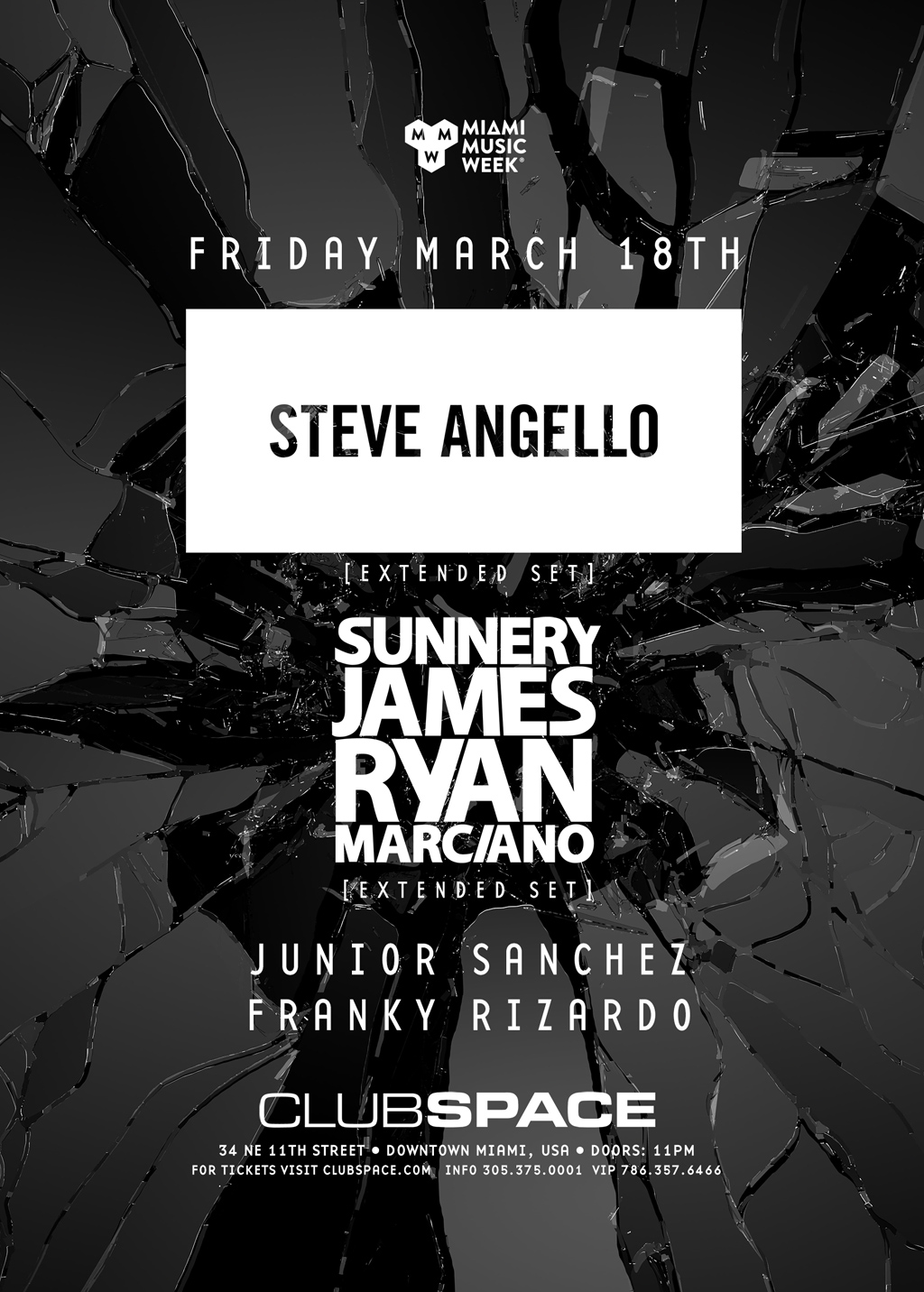 It’s been a massive year for electronic music veteran Steve Angello. The former Swedish House Mafia member and Size Records mogul released his highly anticipated debut artist album, Wild Youth, in January to rave reviews. With an extended set from the acclaimed DJ/producer during this year’s famed Miami Music Week, there will be ample time for Angello to showcase a plethora of his new album material.

Sunnery James & Ryan Marciano always kick the energy into high gear with their club-ready DJ sets. Sure to pack their Club Space ensemble with tribal and jungle vibes—seemingly fitting for The Terrace—SJ & RM is a must see act to catch during MMW 2016.

The after hours event is open for attendees ages 21 and over and spans from 11PM until 3PM.