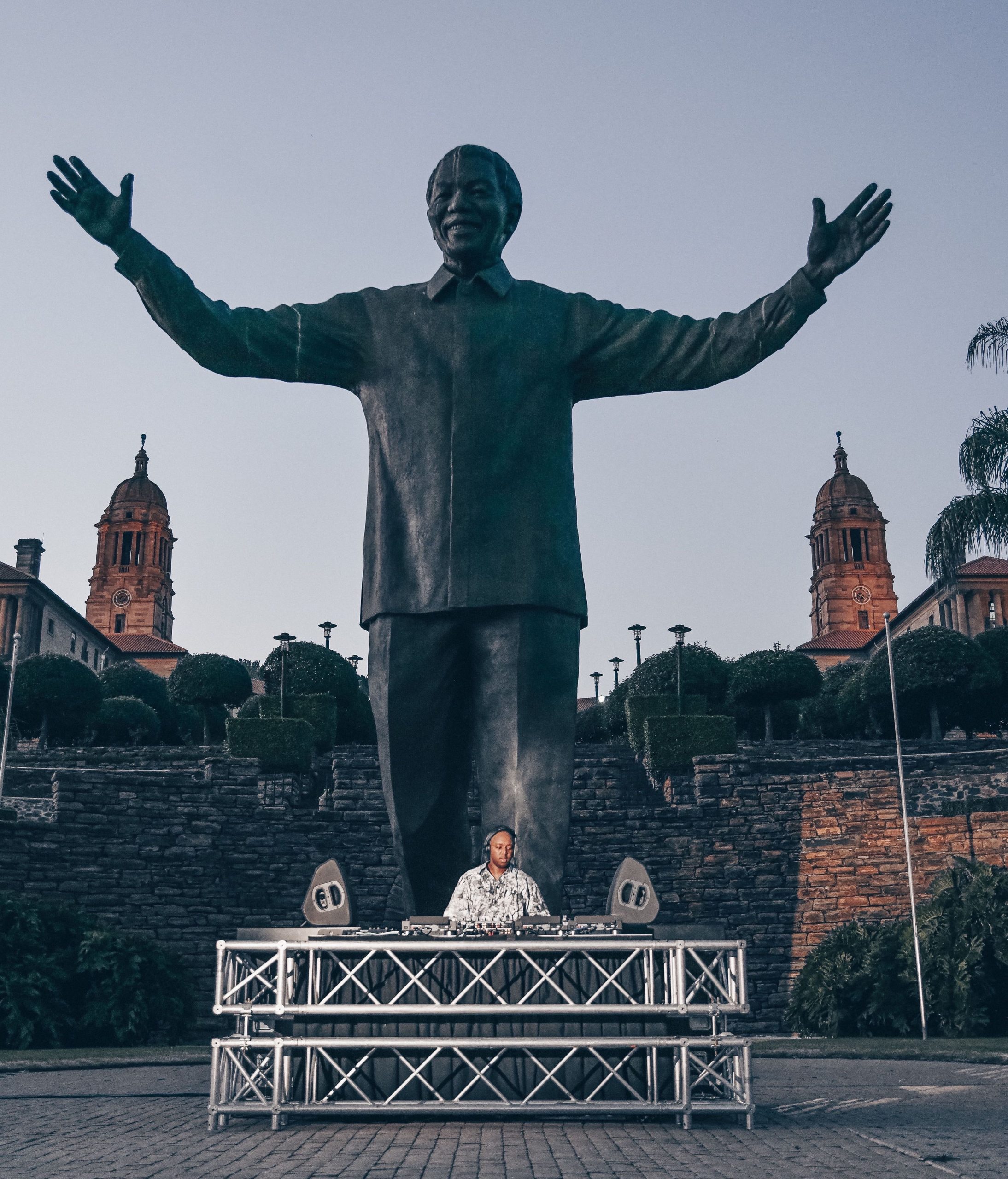 South African music authority Shimza has become an essential figure across the global dance music world, renowned for his slick productions and infectious Afro Tech sound. This Saturday on July 18th at 10am EST. Shimza will be the first artist to live stream from Robben Island on Mandela Day. By nature, the event is locked in to be a groundbreaking and historic performance. Tune into the stream right here on our Facebook.

A dedicated philanthropist, Ashley Raphala hosts his annual One Man Show event, raising funds for underprivileged children and causes close to his heart in South Africa. On a mission to raise awareness of South Africa’s rich heritage and Robben Island’s historical significance, the stream will be a celebration of Nelson Mandela’s life, as well as raise money for The Kolisi Foundation, The Nelson Mandela Foundation, The Shimuzic Foundation and for Robben Island itself.

Hosting a DJ set on the historic Robben Island, where such hardship was endured, serves as a stark reminder of how far the country has come since the imprisonment of Nelson Mandela, while also proving there is still much to be achieved on a global scale. Shimza believes that this fusion of music and culture is the best way to engage and educate people in topics of South Africa’s rich heritage, while bringing social cohesion during this time of uncertainty. Paying homage to one of South Africa’s most cherished figures, this unique performance is set to be a moving and deep sonic journey against an emblematic backdrop.

Located in Table Bay off the coast of Cape Town, SA, Robben Island was used as a fortified prison until 1996, housing rights activist Nelson Mandela for 18 of the 27 years he served behind bars. Now standing as both a South African National and UNESCO World Heritage Site, the island has become one of the most politically symbolic and treasured locations in the world. Celebrated on Nelson Mandela’s birthday, Mandela Day honours the legacy of the former South African president, whilst promoting his life’s work to abolish poverty and spread peace, justice and cultural diversity across the globe.