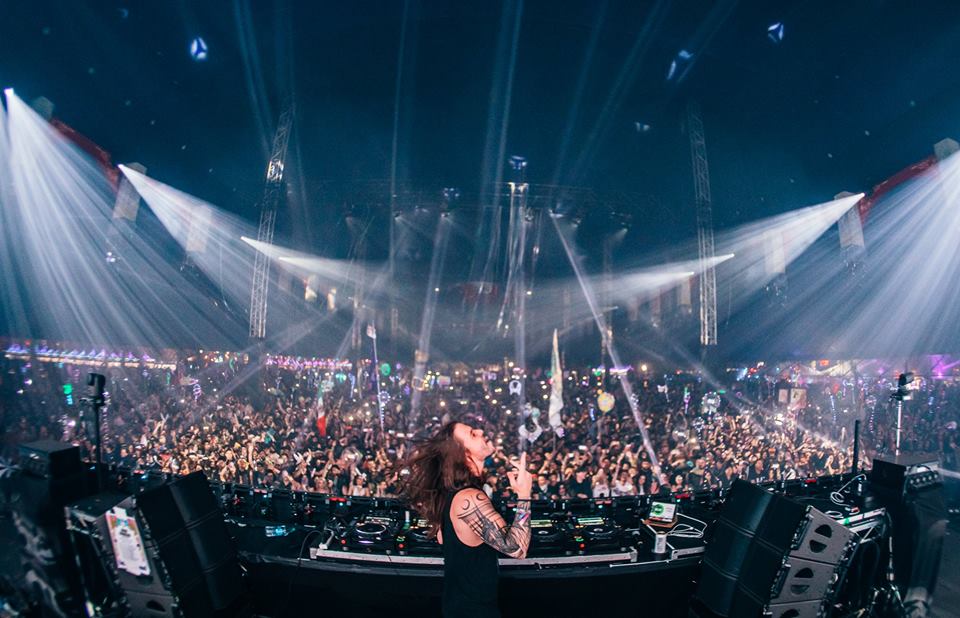 Electronic gem Seven Lions remains one of the most inventive artists when it comes to collaborations, and his latest team up with Crystal Skies for “Sojourn” is a golden crystallization of such innate talent.

Out now on Ophelia Records, “Sojourn” builds itself up steadily at first with soft and light instrumental notes, progressing swiftly into faster and more powerful rhythms. The onset of the atmospheric drop then hits hard with classic Seven Lion touches that crowds lose themselves over to. Complimenting Seven Lions’ emotive soundscape, Crystal Skies unleashes full sonic force and infuses the track with their thunderous bass making this one an unforgettable collaboration. Together, both artists have supplied the record with a perfect blend in melody and bass. And lest we forget the rolling trance beat that sends listeners spinning, “Sojourn” goes deep into it before closing out on the same graceful tones that opened up its gates.

For those who attended Seven Lions’ massive fall tour The Journey 2, “Sojourn” will be a stroll down memory lane as it was the opening track. More Seven Lions tour dates below!

VAVO feat. ZHIKO “Anything For You” Takes Duo to New Heights