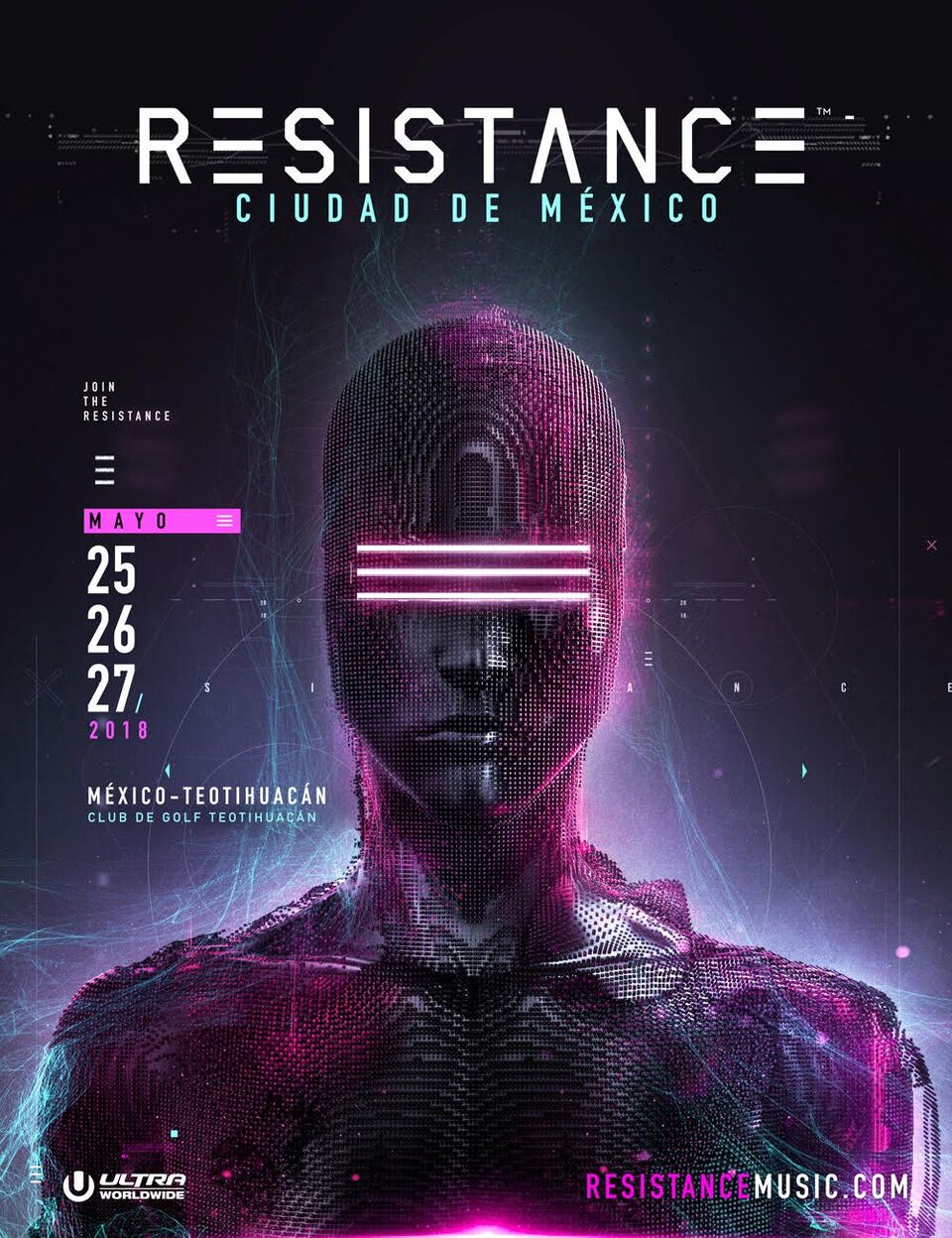 Ultra Worldwide is proud to announce this year’s RESISTANCE extravaganza, after making its wildly successful debut at last year’s ULTRA Mexico. This standalone event encapsulates all things house and techno, industry powerhouse performances, and ingenious creative production styles that will mark its recognizable touchdown in Mexico. Ibiza was the first stop of the momentous RESISTANCE journey, beginning with its residency at Privilege Ibiza, the world’s largest club. After its non stop thrill and liveliness, crowds begged for more, and RESISTANCE emerged as one incredibly special production which fans are eager to see this upcoming May.

There’s no better place to host this annual bash than Club De Golf Teotihuacán. Offering surreal 360 degree views of its serendipitous landscapes will be the cherry on-top of round-the-clock dance soundtracks by a whole slew of DJ/Producers. Under this umbrella of entertainment and its airy, serene atmosphere, fans are going to experience dance in a way like never before.

RESISTANCE Mexico City is sure to level up and continue exploring an imaginative and state of the art production. Making its highly anticipated return at Ultra Miami’s 20th anniversary in March, RESISTANCE will appear as the “Arcadia Spider” stage as well as the MegaStructure – both absolutely stacked with legends Adam Beyer and Carl Cox, followed by more brilliant talent like Jamie Jones, Dubfire b2b Nicole Moudaber b2b Paco Osuna, J.E.S.u.S, and many, many more!