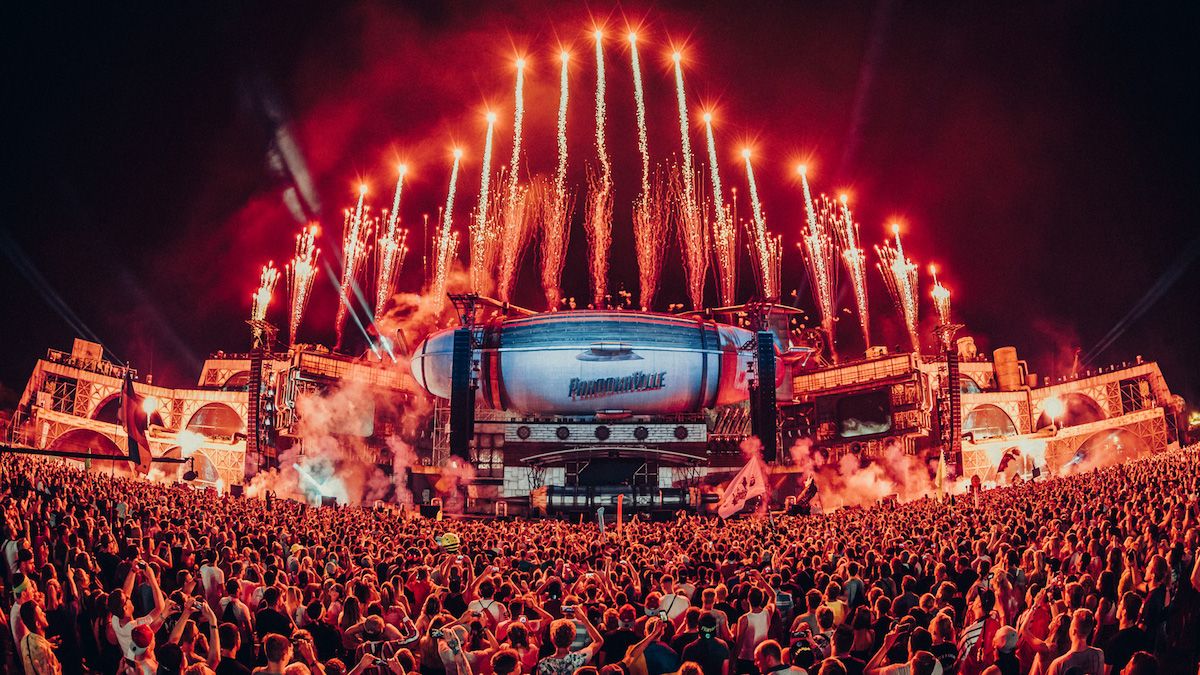 The organizers behind one of Europe’s biggest festivals PAROOKAVILLE just dropped an early Christmas present. The sixth edition of this fantastic festival is taking place from July 22nd to the 24th, 2022 once again at Weeze Airport. Festival-goers can look forward to a weekend full of lunacy, love and pure joy. But a festival is nothing without the artists playing the various stages. Throughout the whole week the organizers will be revealing more artists online and by Friday, 18 of the more than 300 total acts will be revealed. So far some heavy hitters have been revealed with Armin van Buuren, FISHER, Yellow Claw, and Scooter. This lineup is shaping up to be a fantastic treat for the fans. In each of these weeks, the initial announcement on Monday will be followed throughout the entire week with daily info on more genre artists on the social media channels and the website.

With Armin van Buuren, PAROOKAVILLE enlists one of the most influential Trance artists of the last few decades and a trailblazer in the worldwide success of electronic music. The unbound energy of this Dutch DJ/Producer has seen him break one record after another, and he will appear next year as a Headliner on the Mainstage.

Without a doubt, FISHER’s 2018 mega-hit “Losing It” made him the year’s shooting star. It catapulted him to the position of a “must-have” on the big stages at major festivals. Following the pandemic break, Australian artist FISHER recently made a grand return, with his release “Just Feels Tight” pumping out his powerful trademark Tech House Sound and making him the perfect Headliner for the Desert Valley Stage.

The lads from Yellow Claw have been packing dancefloors for almost a decade now and performing at the world’s largest festivals and top tier clubs. With their latest EP “The Black Delorean Project” they brought an homage to the car in which they shot their first music video in ten years ago. Now these “Back To The Future” fans can drive onto the Mainstage in their own Delorean as Headliners.

SCOOTER is Germany’s most famous Techno act, and frontman H.P Baxxter is the Godfather of Rave. So far SCOOTER has spent an unbelievable 500+ weeks on the singles charts and 300+ weeks on the album charts, selling over 30 million records. Hyper, hyper, Headliner at Bill’s Factory.

More regulars and newcomers for the lineup:

Dresden-based DJ and producer Purple Disco Machine was already a major player on the scene for years. He uniquely broke through in the pandemic year 2020 with “Hypnotized,” rocketing upwards in streaming and on the radio, and earning multiple Platinum and Gold awards. So it’s high-time he brings his melodic House sound to the PAROOKAVILLE crowd at Bill’s Factory.

Frans Zimmer, AKA Alle Farben, is as much at home at PAROOKAVILLE as he is on the German charts. His current single “Alright” feat. KIDDO is the soundtrack to this winter, and he can hardly wait to perform at his favorite festival next year with tons more new songs at Bill’s Factory.

GRAMMY winners, No. 16 on the DJ-Mag Top 100 (highest placing female artists), gigs in the hottest clubs and at the biggest festivals in the world…. The Australian sisters NERVO are impeccable superstars and top musical talents to boot. There’s no better spot for them at PAROOKAVILLE than the Mainstage.

Tujamo is a regular at the world’s largest festivals and has worked with the biggest artists around the world, along with celebrating his own timeless EDM hymns with tracks including “Who” and “Drop That Low (When I Dip).” Now it’s time for his latest productions to finally fire up the Mainstage at PAROOKAVILLE.

Being one of the most successful DJs in recent years, NEELIX’s fans and the music industry at large have even named his own musical genre after him. The “Neelix Sound” mixes Progressive Trance, Electro, Tech House and Pop influences for a sound that’s shaping the up-tempo sound around the world and is tailor-made for the Desert Valley Stage.

The Covid pandemic has brought major challenges for the entire festival scene. Nevertheless the PAROOKAVILLE team is fully prepared and the organizers are looking optimistically toward the future.

“This year in particular has demonstrated that the infection numbers drop significantly during the summer. Given the ever-increasing rates of people who are vaccinated or have recovered, we and many other large festival organizers are proceeding on the basis that in all likelihood festivals next summer will be able to be held in their normal capacity. So we’re booking new artists and we’re also optimistic that along with PAROOKAVILLE in 2022, we will also be able to celebrate our new festival ‘San Hejmo’ in August of 2022.” – Bernd Dicks (co-founder)

This professional optimism is equally shared by their partners of many years now. PENNY will once again host the world’s largest festival supermarket in 2022, ensuring that PAROOKAVILLE’s 210,000 “citizens” can cover all their food and grocery store product needs. This also includes the beers from the Warsteiner Brauerei, which naturally will be available at every bar in PAROOKAVILLE. 2022 and the years to come will also see the return of the PAROOKAVILLE registry office, Germany’s only “Justice of the Peace” offering festival weddings for happy couples.