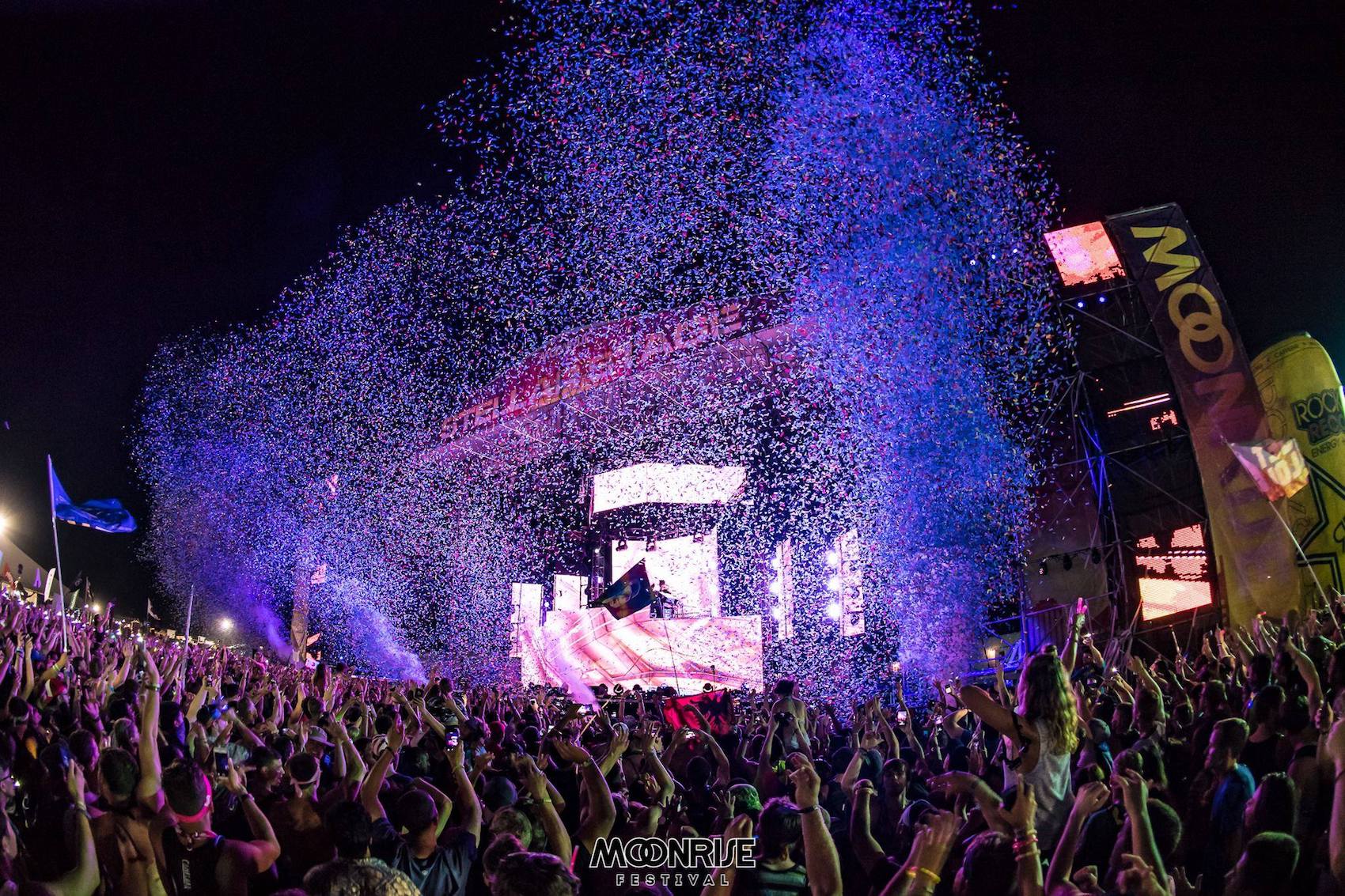 The 4th annual Moonrise Festival will return to Baltimore’s Pimlico Race Course this August 12-13, 2017. Fans of the space-themed festival will once again have the pleasure of uniting over music and dance underneath a starry sky, watching the moonrise.

The Phase 1 Lineup announcement just landed, and hit huge. Some of the artists set to perform include Afrojack, Carnage, Excision, Madeon, Porter Robinson, Yellow Claw, Zeds Dead, Flux Pavilion, Getter, Gramatik, Hippie Sabotage, Louis The Child, Markus Schulz, Ookay, Rezz, Seven Lions, Slander, and Zomboy among many others. The release of the initial lineup has fans buzzing in excitement as they await the announcement of the next set of artists who will be performing.

Moonrise Festival has conjured up a steady following in the last several years since its inception. Growing larger and gaining more attention each year, the two-day event has become quite the spectacle in Maryland. Most known for hosting the Preakness Stakes, Pimlico Race Course is Baltimore’s premier destination for horse racing, and as it turns out for electronic music festivals as well.

Some of last year’s hard hitters were Bassnectar, The Chainsmokers, Tiesto, Zedd, Flosstradamus Marshmello, Jauz, Gareth Emery, Oliver Heldens, NGHTMRE, Tritonal, Yellow Claw and Tyler, The Creator. Moonrise boasts a range of electronic sub-genres, catering to all different tastes. At the core, Moonrise is a dubstep and bass music festival with a focus on experimental sounds like electronica, jam bands, and live music. One of the greatest aspects of Moonrise is its distinguishing set of unique-sounding artists.

Another awesome pull of Moonrise is its solar and space theme, which sets it apart from other festivals. The Stellar Stage, Lunar Stage, Solar Tent, and Celestial Garden have graced the Race Course in past years.

Presented by local organizers Glow DC and Steez Promo, this year’s celebration guarantees to be the greatest, most electrifying one to date. Coming to Baltimore with new stages, top-notch artists, local vendors, colorful art, and an amassment of fun, Moonrise is an excellent addition to your festival season list.

For more information and to purchase tickets, visit moonrisefestival.com