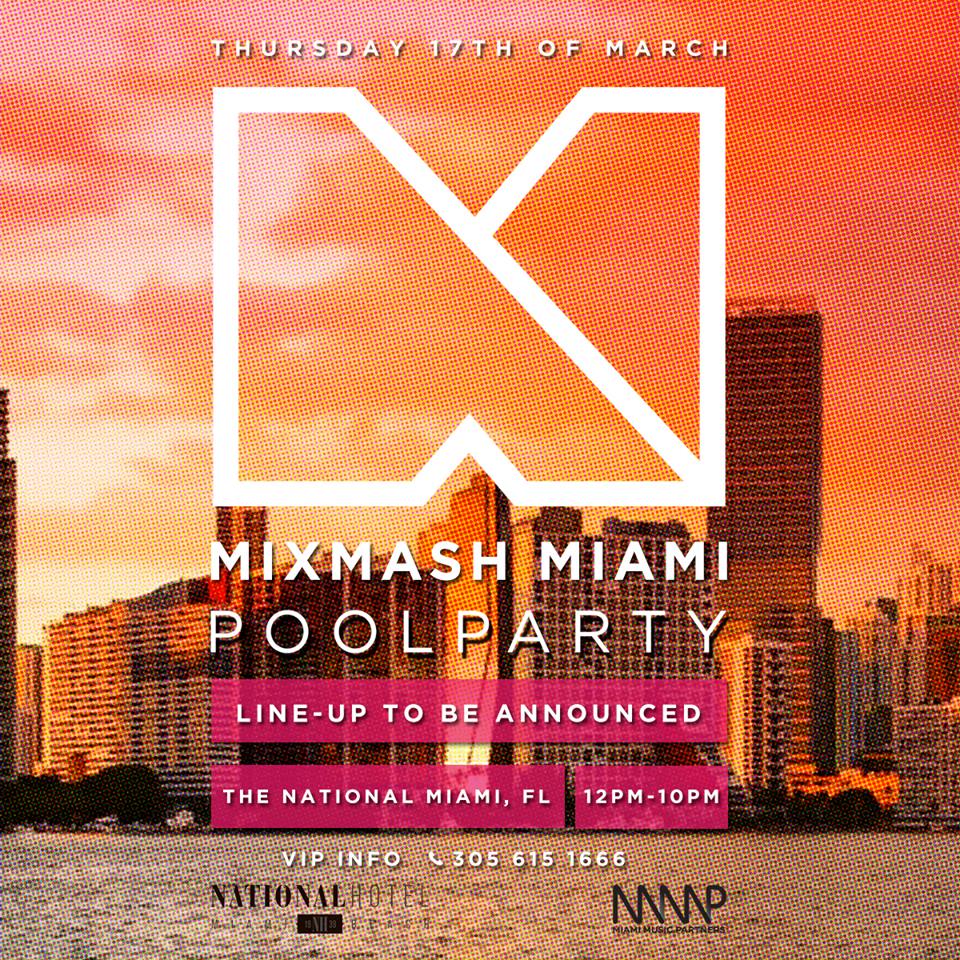 What would Miami Music Week be without Laidback Luke’s Mixmash Records pool party? Yes, it is back for its 6th installment! This epic pool party will return on Thursday, March 17th, at The National Hotel.

The event is being held from 12PM to 10PM. Besides the man himself, label boss Laidback Luke, has brought along a gargantuan line up each year, and so far, 2016 includes Tujamo, Cesqueax, Helena Legend, Sultan + Shepard, and Schelco Garcia & Teenwolf. That doesn’t include the countless surprise guests that annually pop-up at this staple event. Past years have included Diplo, Steve Aoki, Calvin Harris, Afrojack, Dimitri Vegas & Like mike, and many more.

This is not the only appearance that this DJ/Kung Fu master has in store. Luke is also bringing back his legendary Super You&Me event, set to kick-off MMW once again on March 15th at Story Nightclub. And let’s not forget about Ultra, of course! Luke will be ending off the week on Ultra’s Worldwide stage, with what is sure to be an incredible set. Miami just can’t seem to get enough!