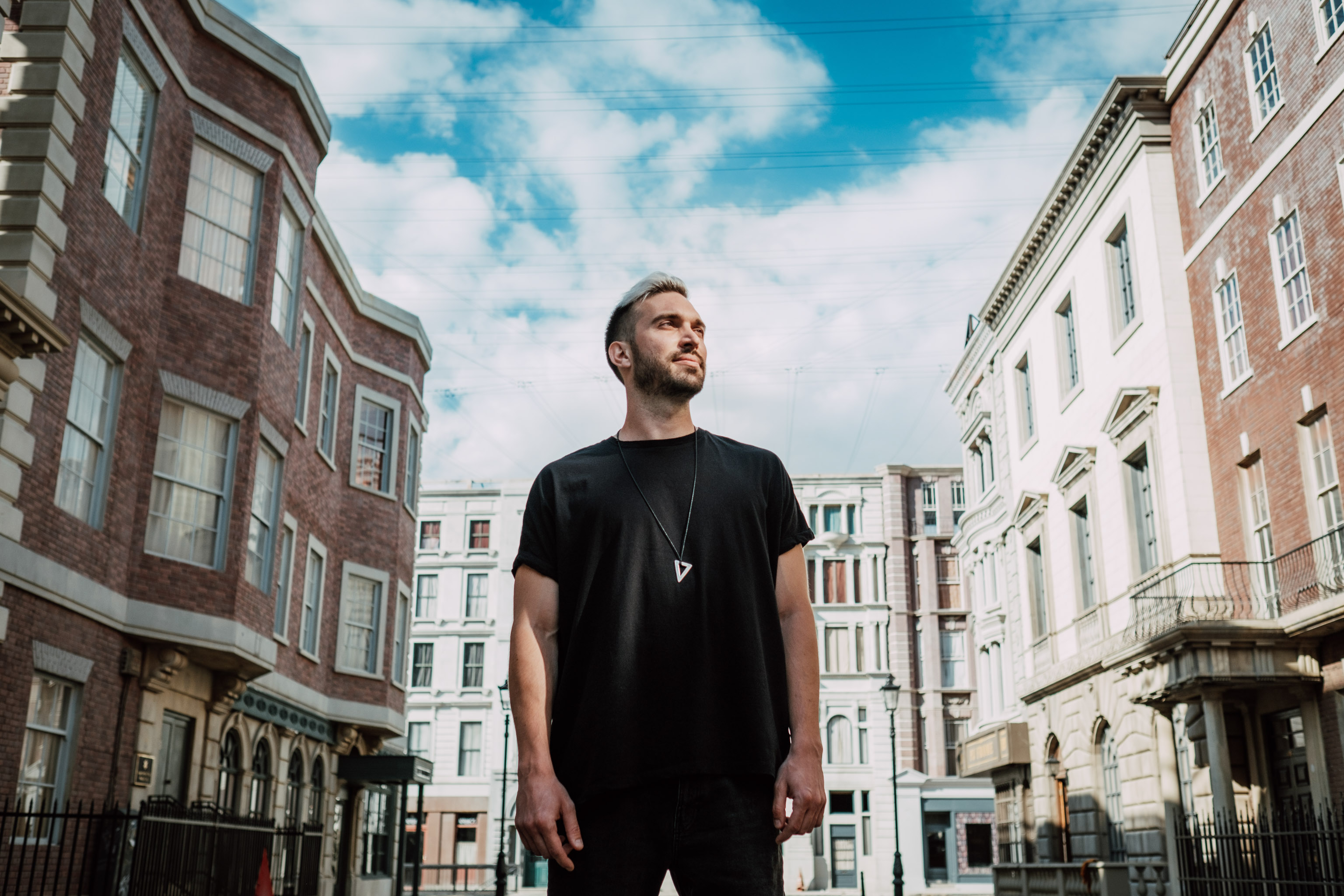 Officially out today via his own Set About Label, Bulgarian DJ/Producer Metodi Hristov is making waves with his new Contact EP. Including two tracks, the dual edge of all things techno sequence and mind-bending sounds will have your head spinning into the next dimension of Metodi Hristov.

Hristov’s demonstrated history of experimenting with numerous electronic sounds and music styles has sincerely won endless hearts across the globe, who have now grown into his diverse fanbase that are consistently eager for more surprises. His productions have gained support by various well-recognized artists for years now such as Richie Hawtin, Carl Cox, Adam Beyer, Ida Engberg, Marco Carola, Monika Kruse, Joris Voorn, GusGus and others.

Establishing his Set About imprint with partner in crime and fellow producer Gallya in 2015, this has given not only these two creative minds a platform to electrify the world with their own, distinctive music, but gives young and aspiring artists the opportunity to spark dance music with their talent. Now, four years later, the label’s philosophy remains the same: to find and release carefully selected tracks that are both innovative and simultaneously familiar.

Hristov’s Contact EP is a major emblem of things to come in 2019. Serbian-born producer DJ Lion has joined in on the buzz for “No Interaction.” The closing track of the EP, “No Interaction” holds nothing back from both artists. Projecting their full capacity of ranging bass to sporadic drum sequences, this one will have you on another planet. Rewinding to the first song, title track “Contact” is bound with deeper proportions that accumulate to seven minutes of techno haven.

We got to chatting with Metodi about his exciting new release, his recent Set About Showcase in 2018, his journey thus far and more in our exclusive interview below!

The Nocturnal Times: Congratulations on the forthcoming release of your new EP Contact. Can you tell us a little bit more about that release and how it came about?

Metodi Hristov: Thanks! Around two months ago I had a gig in Osthafen / Berlin. Every time when I’m in Berlin I meet my good friend DJ Lion. We’ve been talking about eventual collaborations several times in the past, and that was the perfect moment to start one. The day after my gig we woke up earlier to have enough time before my flight. In a couple of hours, we made the beat of “No Human Interaction” and when I went back home I finished it in few more hours with some directions from Leo (DJ Lion). We were both so happy, we decided to release it for Set About. In the next 3 weeks I made “Contact” and I played it for first time in front of 2000 people in Nis / Serbia. The crowd’s reaction was awesome…btw one of the best feelings in the world for me is to play my new track for first time and see that kind of reaction…It’s like sex!

The Nocturnal Times: Tell us about Set About’s massive end-of-2018 event at Hristo Botev Hall and how it felt to play such an inspiring showcase? How did it live up to your expectations?

Metodi Hristov: Set About showcase (Sofia) was something that we’ve been planning for years. Actually the last couple of years which, by the way, have been very successful. We didn’t know what to expect… We knew that people know us, by the last showcase which took place on Cacao Beach Club (Sunny Beach, Bulgaria) and the previous one in Sofia back in 2016 where 1200 people attended. It’s really difficult to predict what’s going to happen if you don’t do this regularly. The most important thing for us was to make something the way it’s supposed to be done, not just like that…We rented the best sound system you can rent in Bulgaria at this moment and we hired the best squad to set up everything. Also we collaborated with the best in this business in Bulgaria (Metropolis), we made everything with huge desire and passion and we didn’t think about earning money, we just wanted quality. The result was beautiful! Around 2000 people came to our showcase and we were very, very proud! I was extremely happy we had a person from MixMag to interview us about our party and about the Bulgarian scene (we expect an article in MixMag at the end of March) and also that Be_At_TV streamed the whole night.

The Nocturnal Times: You established Set About with your girlfriend and label partner Gallya. How long have you guys been together? Did you meet through your shared love of music?

Metodi Hristov: Yes, we are together for 7 years now and yes, the music gathered us. I met her in a club in Bulgaria when I was still a local DJ. We established the Set About label 3 years ago, because we wanted to share our music with the world seeking no one’s approval.

The Nocturnal Times: Was there someone or something in particular that led you towards producing under the umbrella of techno music?

Metodi Hristov: Actually a lot of people say I’m not exactly techno, but others will say I’m not tech-house either, and maybe they are right. I also can’t define my style…I can’t say I’m 100% techno, but I love what I’m doing and that’s the most important for me. A few years ago I was more tech-house…more soft. Now I’m definitely playing and producing heavier music. I’m not that kind of person who likes not to move forward…I like changes and at this moment I feel like the harder music is closer to me.

The Nocturnal Times: Can you walk us through one memorable production of yours thus far?

Metodi Hristov: My first track that I’ve never released. It was so, so hard for me to finish. I hated it. I made it for 6 months and then my pc crashed and I lost it, but still remember how it sounds! So it’s definitely memorable 😀

The Nocturnal Times: Who are you listening to these days?

Metodi Hristov: I listen to so many various artists all the time…

The Nocturnal Times: And when you’re not listening do electronic music?

Metodi Hristov: In my car sometimes I listen to Linkin Park, but they are also half electronic also Justin Timberlake and others…is there non electronic music nowadays!? 😀

The Nocturnal Times: Out of all the shows and festivals you’ve ever played, have there been one or two countries that remain favorites time after time?

The Nocturnal Times: Any upcoming gigs that you’re particularly looking forward to?

Metodi Hristov: I’m looking forward to all set about showcases we are preparing for this year, also the South America Tour 2019, and the Australia Tour 2019.

The Nocturnal Times: What’s up next for Metodi Hristov in 2019?

Metodi Hristov: I hope I can finally get my US visa this year…A lot new music including interesting collaborations for labels like Set About, Filth ON Acid, Octopus Rec., Terminal M, Australia and South America tours, and of course a bunch of Set About showcases around the world 🙂