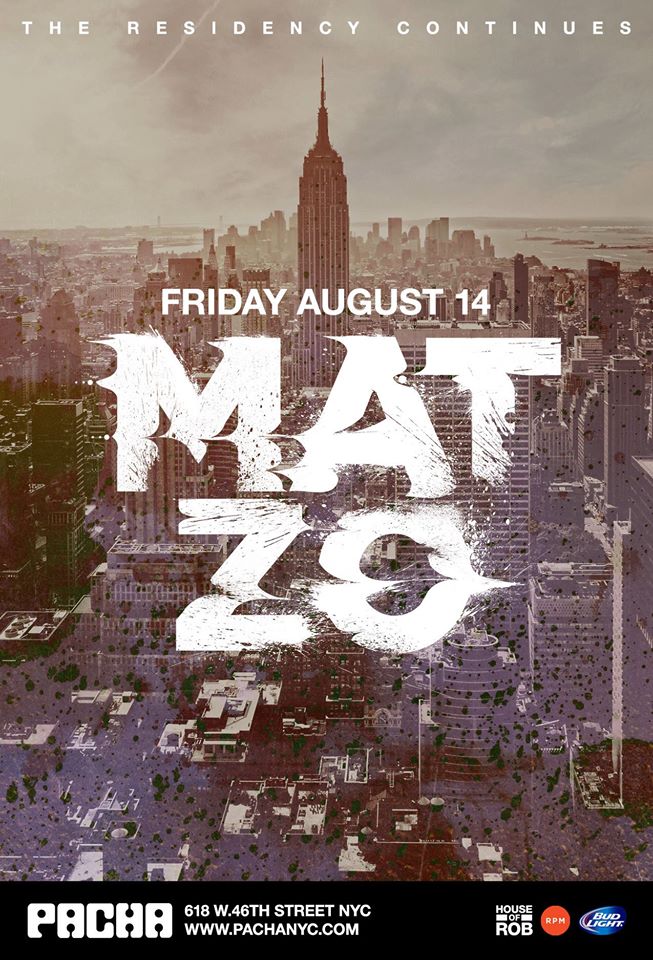 Multifaceted DJ and producer Mat Zo continues his Pacha NYC residency with a stop at the iconic nightclub on Friday, August 14, 2015. The mid-summer show marks the second installment in Zo’s New York residency on West 46th St., which began on May 15.

The Grammy Award-nominated musician released his Damage Control album in 2013, which was nominated for a Best Electronic Dance Album at the Grammy Awards this year. The Anjunabeats/Astralwerks release garnered a slew of successful single releases including “Easy” feat. Porter Robinson, “Only For You” feat. Rachel K Collier, “Pyramid Scheme” feat. Chuck D, “Lucid Dreams,” and “Caller ID.”

Tickets for Mat Zo at Pacha NYC on Friday, August 14 are available HERE.