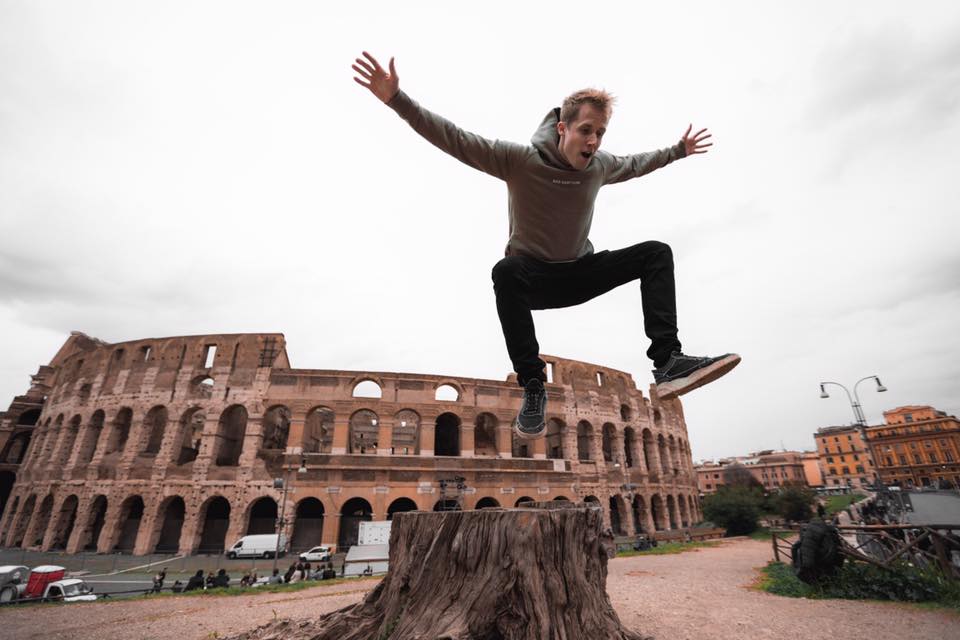 Another young and inspiring DJ/producer, Jay Hardway, has made a well known and fierce name for himself in the dance industry over the years. From rockstar collaborations with the likes of Martin Garrix, Bassjackers, Firebeatz and many more, Jay’s talent, his creative mind and music have moved him all around the world performing at crowds and festivals he never thought imaginable.

Bouncing around numerous locations during this year’s Miami Music Week, South Beach got their long awaited fill of Jay Hardway, his high energy bangers and his sweet vibes all day and night. From total spring break hype spots like the Spinnin’ Hotel pool party performance where he shared the stage with Sam Feldt, to the luxurious and swanky W Hotel rooftop performance, Jay’s high energy and excitable character brings smiles and dancing wherever he goes. In between his week full of shows Jay had a blast chillin’ out with fellow producers and friends for the week long party that Miami Music Week scores a 10/10 on.

Read our exclusive interview with Jay Hardway below, where we discussed his new studio, advice for newcomers, coffee, golden pineapples and more!

The Nocturnal Times: Welcome to Miami Music Week! How does it feel to be here again?

Jay Hardway: It’s starting to feel like home. It’s my 5th Miami Music Week so it feels good to be back and it feels good to see familiar faces and new faces. I have 4 shows this year so it’s the perfect amount. I can check other stuff out so it’s going to be lots of fun.

The Nocturnal Times: You have a handful of shows lined up for the week around different locations. Have you played any of them before?

Jay Hardway: We’ve been to a bunch of hotels where I already played. I’ve played this one before (Nautilus/Spinnin’ Hotel) and we’re playing this one Friday as well. There’s a venue downtown I’m playing at the end of this week I’ve never been to, the W, so it should be fun!

The Nocturnal Times: Do you have any set in particular that you’re most looking forward to?

Jay Hardway: I’m looking forward to the Heartfeldt Pool Party this Friday, it’s different from what I’m used to but it’s fun to share my music and my new music. Also tomorrow I’m playing B2B with Breathe Carolina and I’m curious because they play a different style than me and I’ve never played with them before so it’s going to be more of a surprise. I joked with them yesterday that lets try and mess each other up! Try and catch em off guard and challenge em a bit.

The Nocturnal Times: Do you have anything else planned for the week in terms of catching any friend’s performances?

Jay Hardway: I’m really curious about what mystery guest is going to be at Ultra on Sunday. I think the rumors with Swedish have been confirmed then not confirmed… they say yes and no so that’s what I’m looking forward to! The rest I didn’t really check out who is playing where. I’m just going with the flow.

The Nocturnal Times: Diving right into music- your Inspire Radio podcasts have been quite the hit. Did you have a vision in particular with this when you started?

Jay Hardway: Actually lately I haven’t been doing episodes because it’s hard to find new music that totally suits me. I’m really focused now on my new studio and making lots of new music, so it’s been a bit difficult to make that combination because I really want to make it myself. Also because a few of the tracks in there aren’t really new, and I don’t want people to think that’s my only style now.

The Nocturnal Times: Do you find that you sit with a track for weeks, months, years, because you’re not quite satisfied with the final product?

Jay Hardway: Always. I’m never satisfied. If I listen to tracks now that I’ve released already I’m always thinking of things that could make it better. I think in music it’s never finished because you’re always working. I’m a perfectionist but still, a track is never finished. I’m always trying to make it perfect. You realize after a year that oh, I should have done that and that’s how it goes.

The Nocturnal Times: We know you’ve built the new studio, how is it going so far?

Jay Hardway: I had a studio at home always, I still have it. But now I decided to build it outside of my home, so it’s almost like going into a normal office job. But it’s good because when I get home it’s way easier to get some rest and it’s good because I’m more productive. There’s inspiring energy there with other DJs too.

The Nocturnal Times: Your fans have all loved seeing you interact with them online, either teaching them tips or giving feedback. What’s the idea behind that?

Jay Hardway: The idea behind it is like when I started there were all these producers who made it really difficult for me to learn, with all the techniques and things making them look really smart and really amazing but, making music is not about that. Making music is more about trying some shit and just having some fun. If it sounds good it is good and I think especially when you’re just starting to make music that’s important to realize, and I want to show my fans and other people that. It’s not that hard, if you’re a creative person just do stuff. Make stuff.

The Nocturnal Times: Is that one key piece of advice you’d give to aspiring producers?

The Nocturnal Times: You’ve had great collaborations in the past, you have numerous tracks with Martin Garrix. How did you guys get together? Have you been friends for a while?

Jay Hardway: We met on a forum actually. We were making music and he was like hey, I like your music and I was like hey, I like your music! It went like that. He was like hey come to my studio and a friendship was born. We made music and he’s very down to earth. Especially us Dutch guys! It’s good to see in the U.S that there are more and more artists like that who don’t see each other as competition because that’s not going to work. I think that’s the main thing and why people love going to festivals as well. Even though it sounds very cliche, it doesn’t matter who you are or where you come from. No one gives a shit it’s just like yeah let’s go party!

The Nocturnal Times: Your newest single, “Coffee Please” is a little more fun loving and a lighter song compared to your usual high energy sound. Tell us about it?

Jay Hardway: The track isn’t too serious, it’s like “Golden Pineapple.” I’m not always taking music so seriously, with the title also it’s just fun. We’re making a cool video and I want to show that as well. I make more serious tracks, I make fun tracks and I keep it interesting.

The Nocturnal Times: Have there been one or two stand out crowds over the years that stick with you?

Jay Hardway: I remember in 2014 I played in Portugal, I think there was like 30,000 people or something and it was the first time I was in front of tens of thousands. It’s crazy when you come up its like, you take the mic and say something and you can’t describe that feeling. Since I was 15 I went to festivals in Holland and I always thought that I wanted to do that. But in front of that big a crowd I never imagined that. It’s crazy. It’s very surreal but also, pool parties like this can be very surreal and the vibes are so good.

The Nocturnal Times: We’re a few months into the year but any exciting new music or events coming for the rest of the year?

Jay Hardway: Yeah I have cool music coming up, one with Mesto. I just have a lot of music. In my new studio I’m very productive and I’m happy so there’s going to be more and more music. Last year was sort of a switch over for some reason but now I’m finally back in the groove for sure!