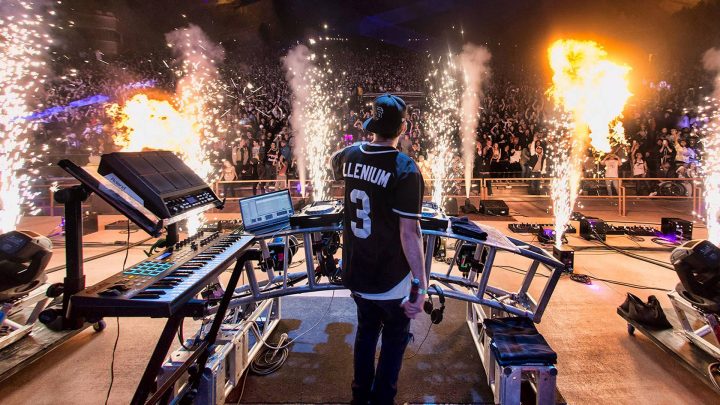 Illenium is out with his latest, “Crawl Outta Love” ft. Annika Wells. Brought to you by Seeking Blue/Kasaya, this is his final single before releasing his 13-track sophomore album, Awake out September 21.

Also known as Nick Miller, Illenium strikes yet again with this release, not long after his recent collaboration with Zeds Dead on “Where The Wild Things Are.” In classic Illenium style, “Crawl Outta Love” features touching vocals, crashing beats, and an overall emotional tone that runs deep throughout your body.

Listen to “Crawl Outta Love” below:

His sophomore album, Awake will feature various artists including Dia Frampton (from 2011’s NBC The Voice), RUNN, Ember Island, MAX, Said The Sky, and Grammy award winner Daya, (featured on previously released single “Feel Good” with Gryffin). Leading up to the release there have been a handful of singles including “Fractures” ft. Nevve, “Sound of Walking Away,” and “Feel Good” ft. Daya. “Crawl Outta Love” is the fourth and final precursor to Awake’s release in late September.

Embarking on his headlining ‘AWAKE’ tour, Miller will be hitting various states across the U.S. beginning just over a month after the album’s release. Dates for Phase One of the tour are listed below, and stay tuned later this summer for the announcement of the second phase. Definitely don’t sleep on these tickets – they’re moving especially fast! Miller sold out his hometown show in San Francisco in a matter of hours, which gives a good depiction of the colossal success he has been seeing this year.

As far as Miller’s summer of 2017, it has been monumental to say the least. With four sold out shows in Texas and headlining performances at Bonnaroo, Firefly, EDC Las Vegas, and Electric Forest, he is truly having one for the books.

Don’t miss your chance to pre-order Awake now! You can check out the full tracklist for the album below, and purchase tickets to upcoming shows here.

9) Illenium & Kerli – Sound of Walking Away

Marshmello Teams Up With Khalid to Debut “Slience”