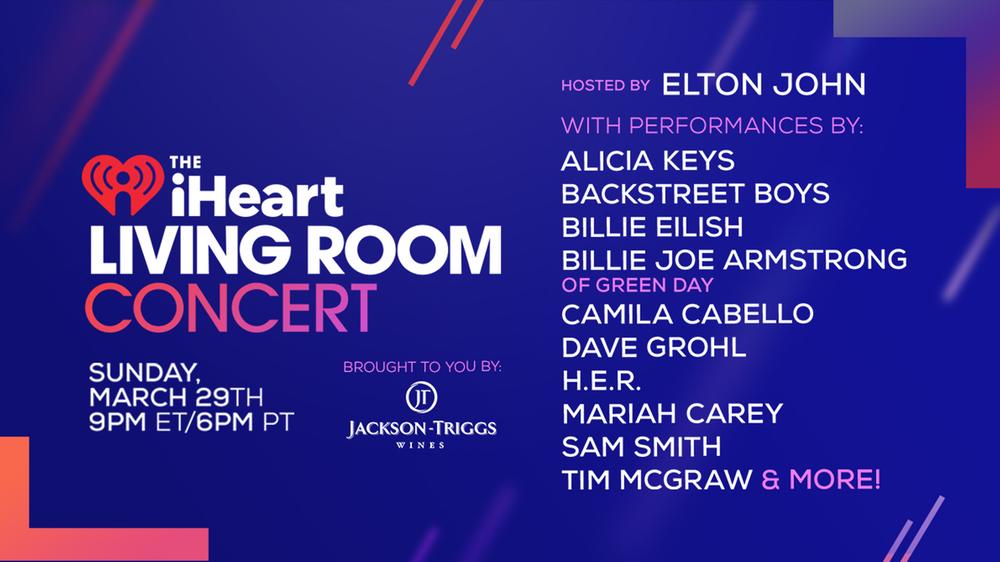 Amid a global pandemic, standing united has never been more important than it is now. It was recently announced that iHeartRadio has partnered with the legendary Elton John to deliver a concert for America.

According to a release from Fox, all of the artists taking part in the special are appearing from their own homes, where they will be filming with their own personal cell phones, cameras and audio equipment.

As the novel coronavirus continues to spread across the world, this special benefit, which we hope is the first of many to come, aims to pay tribute to those front line health care workers and first responders, seeking donations for necessities in continuing to raise nationwide awareness. According to CNN, “Feeding America and First Responders Children’s Foundation will benefit from proceeds raised.”

The iHeart Living Room Concert for America will air commercial free on FOX as well as on all iHeartMedia stations tonight (Sunday, March 29) at 9pm EST/6pm PT.