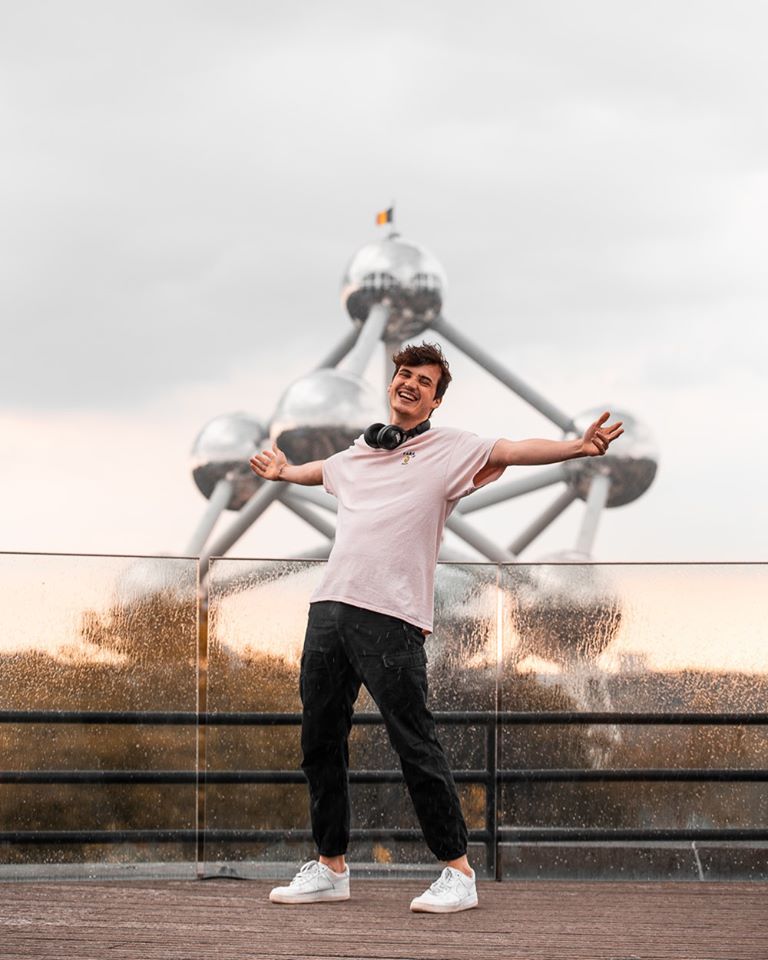 Nestled in the roster of the esteemed Spinnin’ Records family, 24-year-old Henri PFR just took another leap of faith in redefining the electronic music scene. Kicking off his journey into Spinnin’ with a bang, Henri went live from the top of Brussels’ Atomium just the other day. On top of the world at a colossal height of 102M (335 feet) off of the ground, Henri’s set was nothing short of awe-inspiring.

For 60 minutes of pure dance grooves and upbeat tunes, the young Belgian artist manifested his talents in the most exhilarating setting possible. During one of the strangest eras of our lifetime, Henri strived to gather his fans and music lovers around the globe, to witness one of the craziest DJ sets yet. The extravagant production involved 5 fixed cameras, 1 helicopter, 2 drones and 2 mobile cameras, all to capture the spectacular event and send the livestream worldwide.

Henri’s background in electronic music began around age 14. He posted his first mixtape, titled ‘Summer Memories,’ on YouTube channel La Belle Music, which quickly drew over 70 million views, attracting the attention of Armin van Buuren’s label Armada Music, where Henri then signed for his first two singles, including the now hit “Tarida.” Leading on from Armada, Henri went on to work with German producer Robin Schulz for whom he remixed the track “Sugar,” which remains supported across Schulz’ radio show.