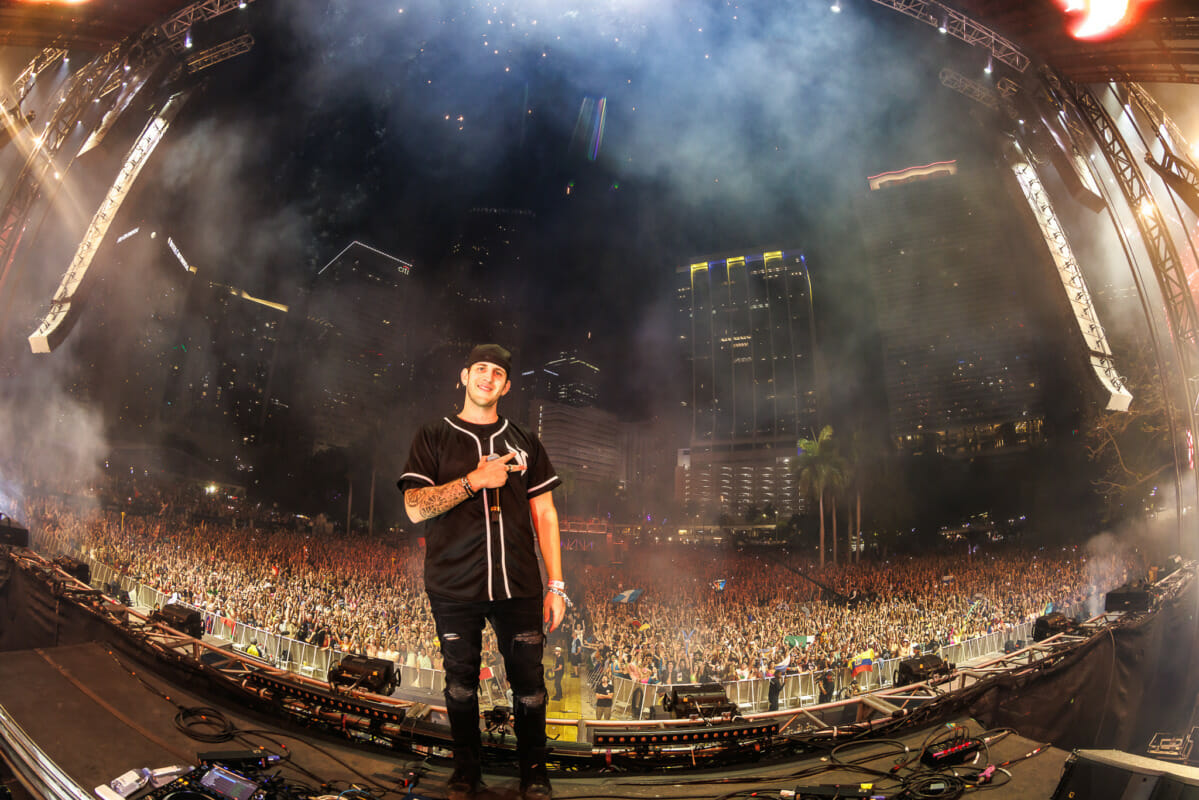 Electric Family has become synonymous with bridging the gap between music and pop-culture. Over the years, the company’s list of artist collaborations has grown steadily and boosts names like Carl Cox, Skrillex, Marshmello, Tiësto, Kygo, among many others. They’ve managed to develop unique appealing merchandise and empower the dance music community at large — and now, they’ve partnered with GRAMMY Award-nominated ILLENIUM.

For their latest collaborations they joined forces with non other than Nick Miller, known professionally as ILLENIUM. With Electric Family the superstar dropped a DC’s new Batman-themed collection featuring various articles of clothing, including a t-shirt, hoodie, crewneck and a stunning, polychromatic baseball jersey as well as a limited edition ILLENIUM x Batman comic book cover in partnership with Electric Family.

“With my Batman collab coming out and hearing this Nirvana song again in the new movie, I really wanted to try to put my spin on it. Super different vibe, had such a blast making it. Hope u guys enjoy!!” – ILLENIUM

On top of the new collections the superstar celebrates the Batman collaboration with surprise rework of Nirvana’s “Something In The Way”. This is ILLENIUM first remix in over 2 years. With rework he is tackling the iconic “Something In The Way” by Nirvana which saw renewed popularity after “The Batman” was released in theaters this year. The remix undoubtedly has a much darker, wave-inspired feel than the euphoric melodic bass side that we’re used to from ILLENIUM, but it’s a welcome change of pace that further emphasizes the depth of his production reach. With the remix being slower it makes a truly special collaboration between one of the biggest EDM artists and one of the juggernauts of the DC-Universe.