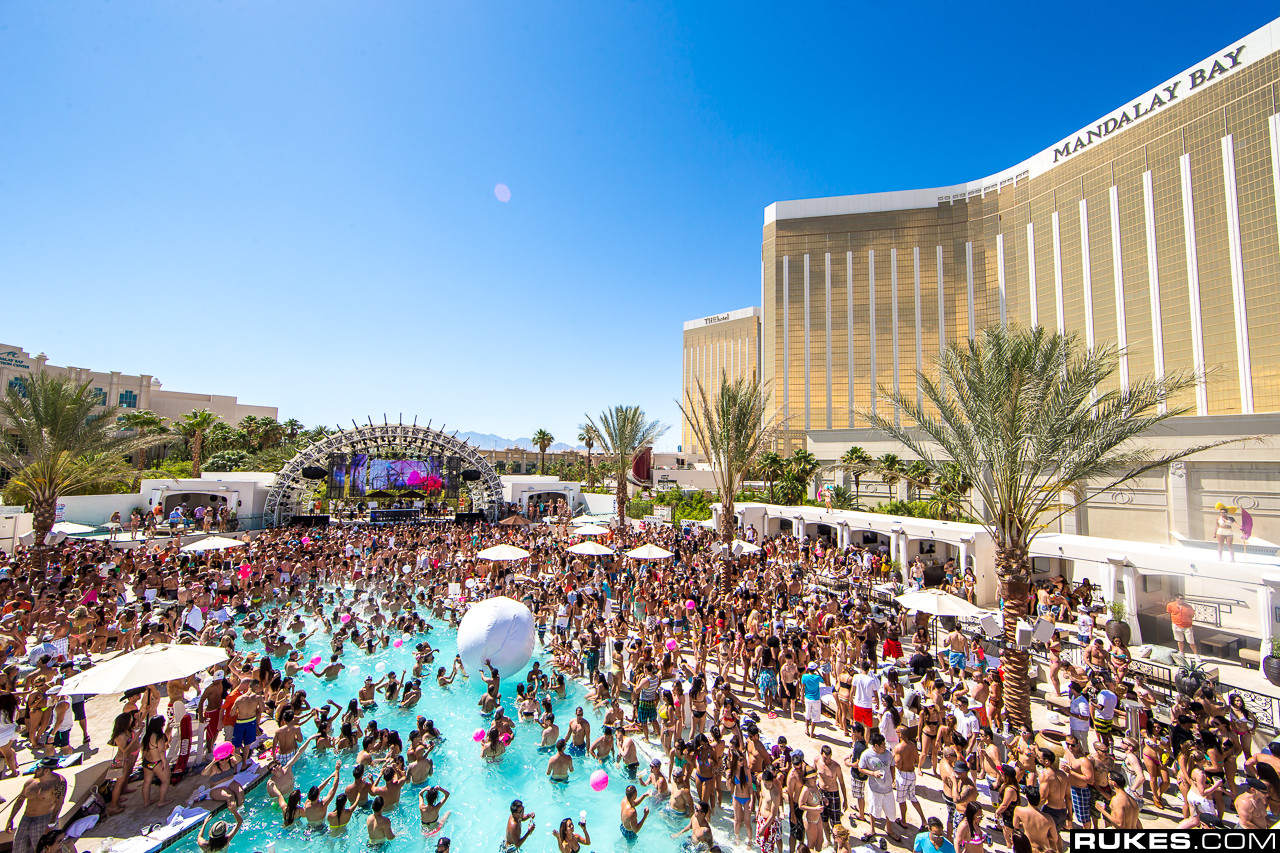 There’s no denying that EDC Week in Las Vegas will be filled with action-packed nightclub events, pool parties, and a giant music festival; but there’s one party you won’t want to miss out on.

Fatboy Slim and Duke Dumont join forces for an unprecedented outdoor daytime event on Thursday, June 18, 2015. The two will take over Daylight Beach Club at Mandalay Bay for what’s sure to be a groovy and refreshing experience. Both possess an electric energy when they take their place behind the DJ booth, which is what makes this an event not to miss.

Dance music legend, Fatboy Slim, is known for his unique and high-energy DJ sets. Setting the mood for the rest of the week, Fatboy Slim’s 2014 smash provides the plan for most of the partygoers in Sin City during EDC Week: “Eat Sleep Rave Repeat.”

Duke Dumont has exploded onto the scene with an original flare that sets him apart from the rest. Whether performing live or a DJ set, Duke Dumont encompasses elements of various EDM sub-genres, straying far from monotony every time. Taking the festival world by storm, Duke Dumont brought his signature sets to Coachella Music & Arts Festival, EDC New York, Spring Awakening Music Festival, and EDC Las Vegas in 2015.

Tickets for Fatboy Slim and Duke Dumont at Daylight Beach Club are available for $20 (female) and $30 (male). Purchase tickets here.