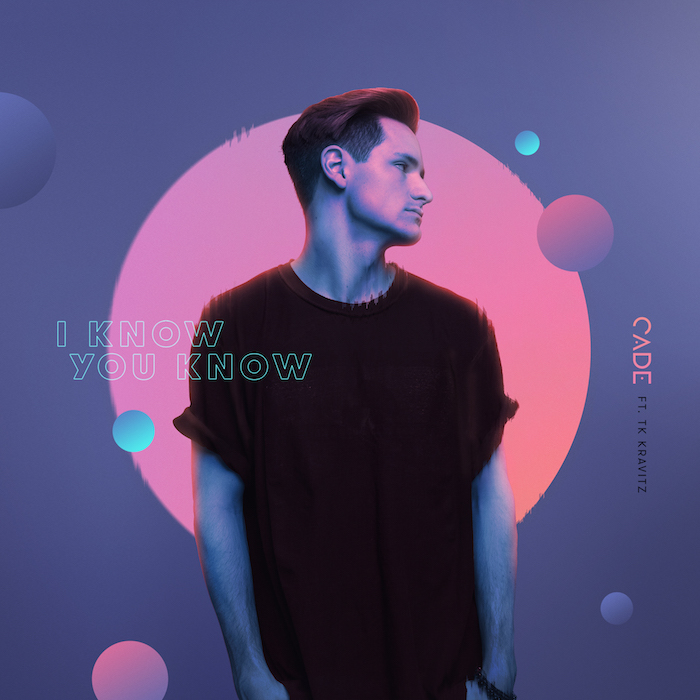 “I Know You Know” is an upbeat, dance-y tune that’ll likely get caught in your head after a few listens. The chorus is super fun, and Kravitz jumps in with a rap on the second half that puts a different spin on the lively beachy beat underneath.

Listen to “I Know You Know” here:

CADE’s recent Gold certified collaboration with Cheat Codes of Maggie Lindemann’s “Pretty Girl” is still riding the wave of success. “I Know You Know” was built upon the momentum he has gathered over the past few months with his prior release. Opening sets for Juicy J, Jeremih, Ke$ha, and Mike Posner are included in his repertoire, alongside landing a track at #8 on Spotify’s global charts with over 250 million streams. Summer ‘17 saw CADE and Cheat Codes debuting an original collab at Chicago’s famed Lollapalooza after the monstrous success of “Pretty Girl.”

Formerly known as TK-N-CA$H, TK Kravitz has been sailing along his solo career. He has put time in the studio with the likes of Trey Songz, Meek Mill, Flo Rida, Kevin Gates, Ty Dolla $ign, Dej Loaf, Rich the Kid, and 808 Mafia to name a few. His debut self-titled EP featured several of the latter, and put in motion his plan for a triumphant new venture. Together with CADE and his rising stardom, a hot new single was bound to be a victory.

Related Topics:CADETK Kravitz
Up Next