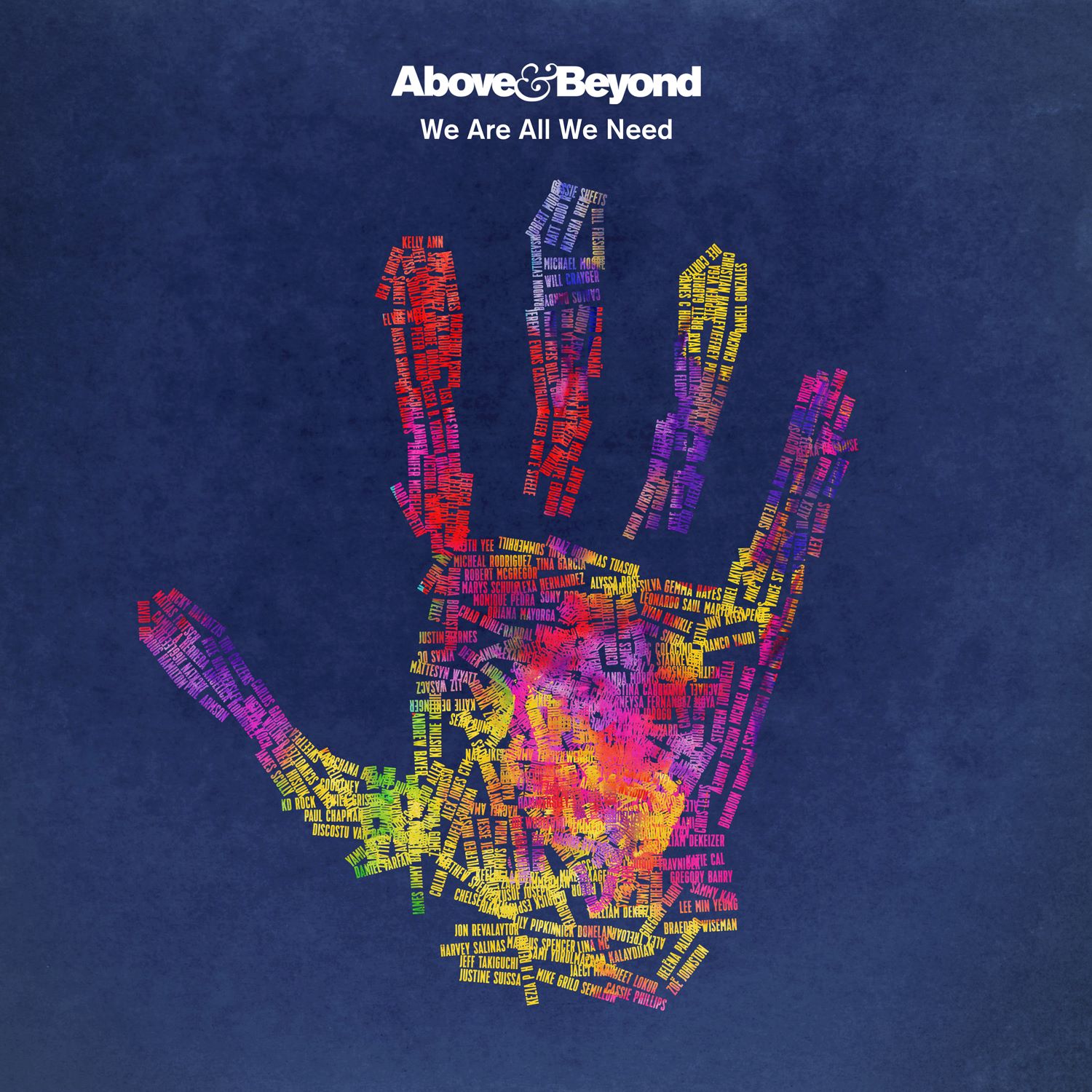 Renowned dance music trio Above & Beyond are set to take the airwaves, dance-floor’s, and charts by storm with the release of their latest artist album, We Are All We Need. Released worldwide on January 19, 2015 through Anjunabeats, the new studio release from the London-based conglomerate hits all aspects of dance music with an emotional twist.

“Quieter Is Louder” emotionally begins the record, effortlessly progressing into the vocal single “We’re All We Need,” which features vocals from Zoe Johnston. In October 2014, the official music video for “We’re All We Need” was premiered on the jumbo screens in Times Square, NYC, with the trio present. Another single to be released from We Are All We Need is track #3, “Blue Sky Action,” which features vocals from Alex Vargas. “Blue Sky Action” received a significant amount of road testing in Above & Beyond’s festival and club sets for nearly a whole year before its official release.

“Peace Of Mind” featuring Zoe Johnston is the fourth track from We Are All We Need, which the trio debuted at their ABGT100 show at Madison Square Garden. Seamlessly progressing into “Counting Down The Days” featuring Gemma Hayes, Above & Beyond take listeners on an emotional journey, providing a sixteen-track sensory experience from start to finish.

The album’s lead single, “Sticky Fingers,” which features Alex Vargas, was also teased by the guys in their worldwide DJ sets for months ahead of its official release, as was track #7, “Hello.” Jono, Tony, and Paavo return to their OceanLab roots on the album’s “Little Something,” which features vocals from Justine Suissa. The aptly fitting “Fly To New York,” which features Zoe Johnston, made its premiere in the ABGT100 after-movie.

Originally performed by the group’s Tony McGuinness, the album’s eleventh track, “Making Plans,” has been recorded with vocals by Alex Vargas, which gives the song a different feel. McGuinness can be heard once again on the album’s thirteenth track, “Excuses.” One of the only instrumental tracks on We Are All We Need is “Out Of Time,” which presents the group’s signature sound at its finest. Succeeding into the emotional vocal gem, “Save Me,” featuring Zoe Johnston, We Are All We Need closes with “Sink The Lighthouse” featuring Alex Vargas and “Treasure” featuring Zoe Johnston.

One of the first dance music album releases of the new  year proves itself to be a prime contender for album of the year. The 2015 follow-up to their Group Therapy album, which was released in June 2011, eloquently follows a similarly simplistic style. Music videos have been released to accompany some of the album single releases including “Sticky Fingers,” “Blue Sky Action,” “We’re All We Need,” “Hello,” and “All Over The World.”

“We Are All We Need” is available now on iTunes.