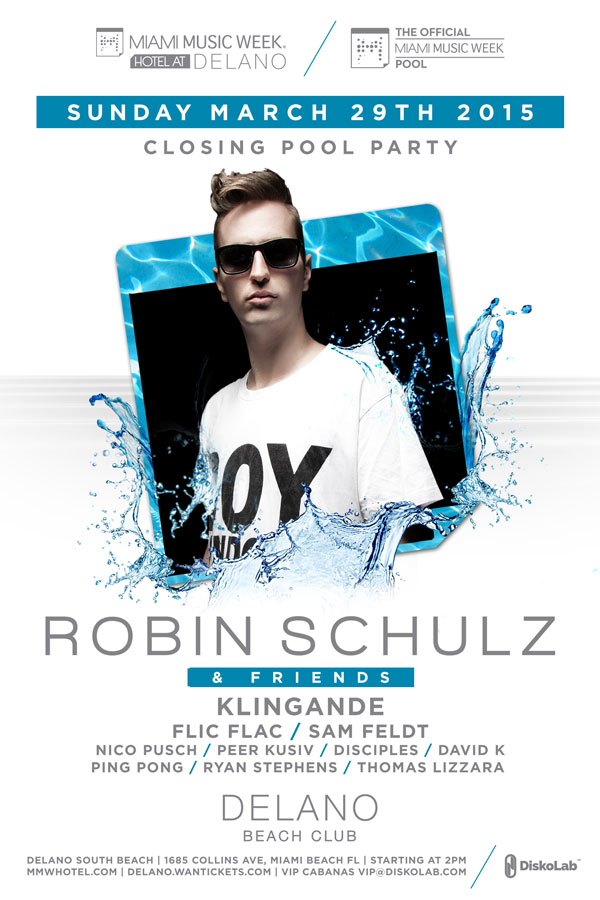 Breakout German DJ and producer Robin Schulz will bring an outdoor event to the official Miami Music Week pool at the Hotel at Delano. On Sunday, March 29, 2015, join an all-star talent roster for the MMW closing pool party.

Robin Schulz saw massive achievement and recognition for his remixing of Mr. Probz “Waves,” which was nominated for Best Remixed Recording, Non-Classical at the 57th annual GRAMMY Awards. “Waves” has seen and continues to see radio success, along with his remix of Lilly Wood & The Prick “Prayer In C.”

For VIP information email VIP@diskolab.com or call 305-924-4071. To purchase tickets for Robin Schulz & Friends at the Hotel at Delano beach club, click here.