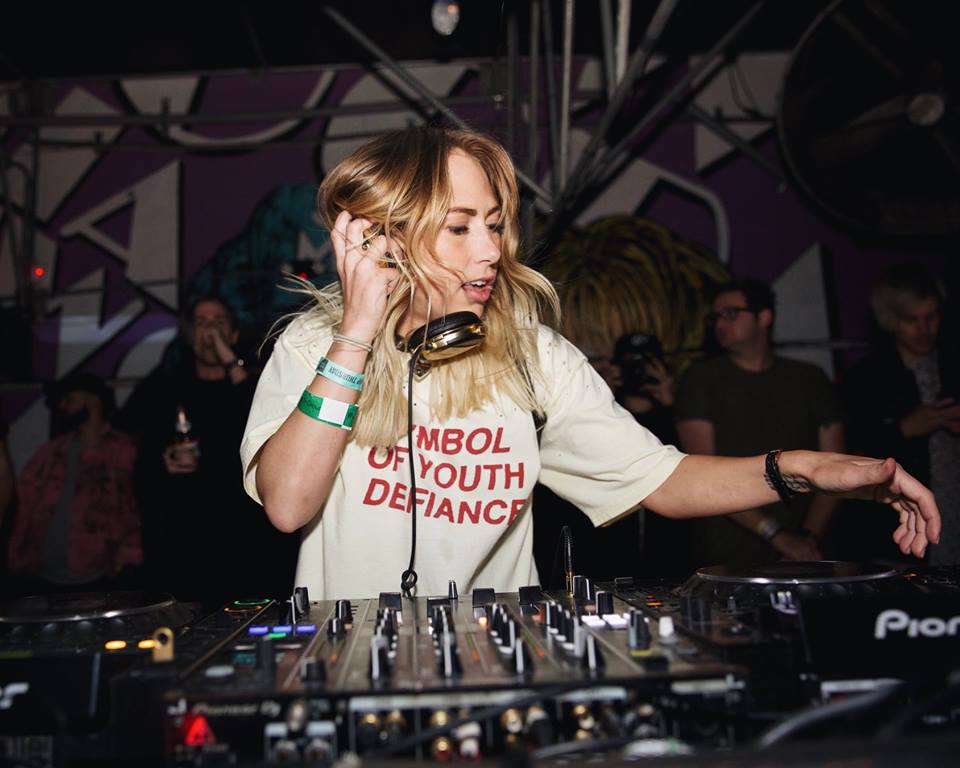 After releasing “Diggin’ You” earlier this year, Carter Cruise is back with her most unique release to date. “Sippin’ On Danger,” available today on all digital streaming portals, is the first single in which Carter lends her sultry vocals to her discography.

“Sippin’ On Danger” encompasses a dark, indie-leaning electronic vibe exploring a tale of a love gone wrong. A refreshing guitar riff gives an ode to Carter’s southern roots, without leaving behind the bassy electronic synths her fans know and love. Intertwined with heartfelt lyrics, Carter Cruise scores a home run with her debut vocals and masterful production.

Regardless of how you know Carter Cruise, it’s apparent she’s a fearlessly authentic creator incapable of being put in a singular box. As an artist, performer, producer, songwriter, vocalist, DJ, and human being she shines in a way that’s downright infectious, and for new and old fans alike, watching her evolve never gets old. Although she’s known for being the life of the party, her forthcoming EP release Send Moods is about to reveal yet another dimension of herself with darker imagery and emotional storytelling.

Check out our exclusive interview with Carter Cruise to hear about all things music, and catch her on The Nocturnal Times Instagram takeover all day today!

The Nocturnal Times: Your upcoming Send Moods EP, which includes Sippin’ On Danger, is the first time you’re singing on your own music. What made you decide to do this now?

Carter Cruise: This project was very personal to me, so it felt wrong having someone else do the vocals. These tracks were initially written as poems scribbled in a notebook so I wanted to maintain that raw vibe. Also, from a producer standpoint, it’s very convenient to be able to do your own vocals. This was a lot about me playing around and discovering what I can do and how I can use that in my music. I have used my vocals in the background of remixes in the past and did the vocals on “Everybody Nose Me” and “Dunnit,” although that was talking, not singing.

The Nocturnal Times: What inspired the creation of Sippin’ On Danger?

Carter Cruise: I wrote Sippin’ after a break up. I was dating a guy who seemed too good to be true, and turns out he was haha. It was one of those things where you know it’s not actually a healthy situation, but the fantasy of what you think it COULD be is so tempting that you stick it out in the vain hope that it will be worth it.

The Nocturnal Times: Tell us what fans can expect from the upcoming EP? Aside from vocals, how does this differ from your previous releases?

Carter Cruise: This EP is different because it’s not really “party music” or “EDM” even. I’m not even sure what genre to call it to be honest! I’ve mostly done remixes or used other people’s vocals and these tracks were written as lyrics before anything else so I really let the story of the vocals shape the vibe of each track.

The Nocturnal Times: What has been your favorite venue and/or city to play a live show? Why?

Carter Cruise: There have been a lot of good ones, but one that I’ll always remember was playing in Grand Rapids with Adventure Club. There was a big football game going on that day so the energy in the air was palpable. I got to crowd surf all the way to the back of the venue at which point I was let down and given kandi and shots haha. It was one of my first real shows but still one of my all time favorites.

The Nocturnal Times: Which artists are you listening to right now?

Carter Cruise: I recently discovered Tierra Whack and I’m OBSESSED. She’s a genius and so inspiring. VenessaMichaels’ new EP and NoMBE’s latest album have been on repeat for a couple weeks. MOONZz, Sean Leon, Billie Eilish, Elohim, Stephen, & Lana Del Rey are forever on my listen list. I clearly have a thing for moody female pop singers which definitely influenced “Send Moods.” I also loved Post Malone’s album way more than I’d like to admit haha.

The Nocturnal Times: If you could collaborate with any artist, who would it be? Why?

The Nocturnal Times: What’s in store for Carter Cruise throughout the remainder of 2018?

Carter Cruise: I got lots more music I’m finishing up so hopefully some of that will be released this fall! You can definitely expect me to keep evolving as an artist and cooking up fun new projects 🙂